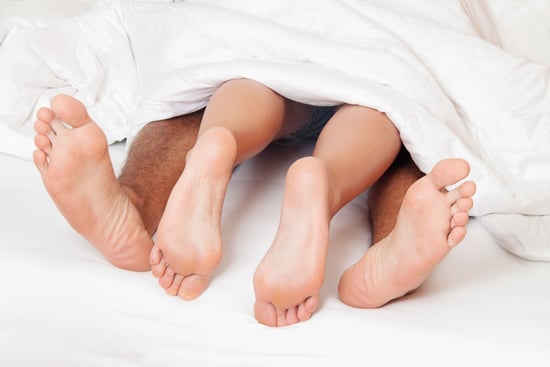 In a report published in the September issue of Men's Health (on sale today), Australian men are stacked up against other countries in the bedroom. The global survey had over 65,000 male and female participants, and Australian men rank 28th for the amount of sex they have each week. The average amount of sexual partners for an Aussie bloke sits between eight and nine (sixth on the worldwide scale), and only 36 percent of Australian men feel comfortable naked. Interestingly, countries including Italy, France, Spain and The Netherlands top the list for most adventurous when it comes to sexual positions, while Aussie guys are much simpler preferring their lady friend on top. What do you think of the Men's Health findings — do you agree?

Healthy Living
If Your Period Only Lasts a Couple Days, You May Want to Talk to Your Ob-Gyn
by Emily Weaver 4 days ago