The most common question on everyone’s mind at the moment is whether or not we should be eating sugar. While there is evidence to suggest that sugars of the refined type — white, brown, cane — shouldn't have a place in our bodies, natural sugars found in fruit, honey and sweet root vegetables should be part of a healthy, balanced diet. That’s the argument of nutritionist, conformed sugar-eater and now author of Don’t Quit Sugar ($22.49), Cassie Platt, who is stepping up to bust the myths surrounding sugar and the dangers of a following a sugar-restricted diet. 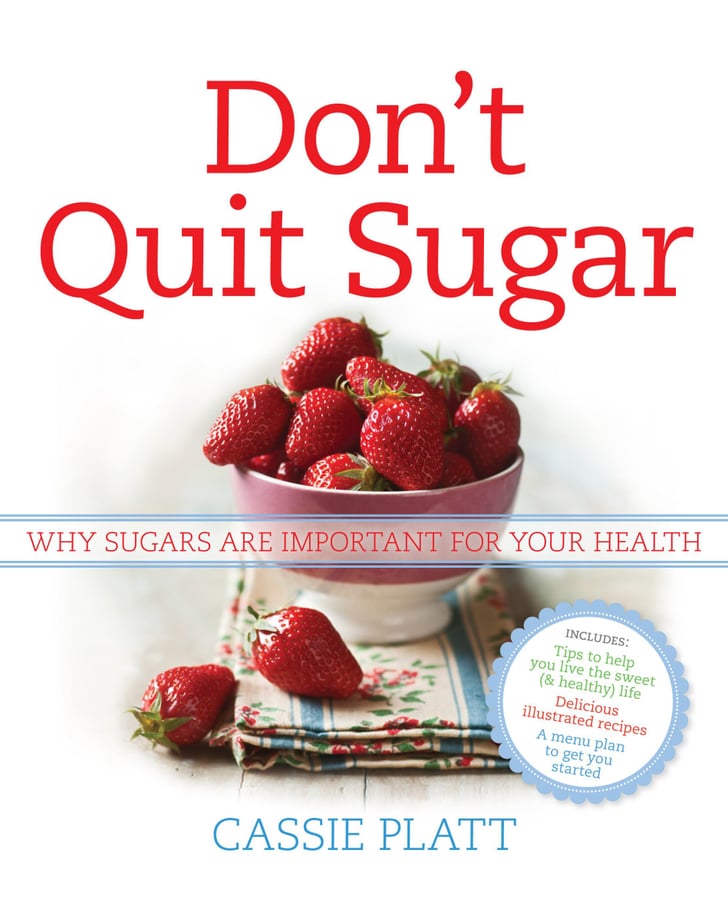 In her book she explains the eight most common health issues associated a sugar-free diet.

Stress Response
Natural sugar is fuel and will always be the most preferred source of fuel for our bodies, but Cassie says when you quit sugar your body will look for an alternative source, which triggers the fight or flight stress hormones — adrenaline and cortisol — to work in over-drive to help out. “The greater a role of these stress hormones play in our daily function, the more stressed our body becomes," says Cassie.

Damaged Metabolism
Cassie says when your body continues stress it begins to prioritise surviving over thriving. And as a result lowers your metabolism in order to slow down the rate at which it consumes itself. This is when you start to notice a drop in temperature and your hands, feet and nose become cold.

Weakened Digestion
As your metabolism begins to slow, the rate in which you digest food also slows. Cassie says this is another ‘fight or flight’ response, in which your body shifts blood from the muscles and brain and away from your digestive tract. As a result? You're getting less nutrients, bacteria is able to form and you may start suffering from symptoms like bloating and constipation.

Decreased Immunity
Elevated stress hormones, decreased metabolism and a weakened digestion can all lead to a break down immunity, says Cassie. Certain autoimmune conditions like allergies, food sensitivities, irritable bowel syndrome and Crohn’s disease have all been linked to slow digestion.

Sexual and Reproductive Issues
And the list of cons doesn't stop there. With a low metabolism and high stress hormone activity, Cassie says that the body’s production of sex drive hormones begins to slow down. Now no one wants that — right?

Impaired Glucose Metabolism
Just like many foods, once you take it away it makes it harder for the body to want to introduce it again, so it becomes intolerant. Cassie says, with little to no sugar in your diet, blood sugars become low forcing stress hormones to go into over-drive to raise the blood sugar back up.

Sleep Issues
Cassie says they key to good sleep is optimal energy metabolism. And that healthy sugar-eaters will store sugar to provide long-lasting energy until breakfast. But when there are no sugar-stores, the stress hormones will cause a range of night-time symptoms like insomnia, waking with a fast heart rate, nightmares, night sweats and even waking during the night to urinate.

Accelerated Ageing
And if that wasn’t enough — quitting sugar is also said to speed up the ageing process! Cassie says that fat metabolism is a hallmark of ageing, in which a low metabolism prevents the body from being able to remove dead cells and cellular debris affecting the healing process of skin.

Healthy Living
Dance, Groove, and Burn Calories With These 30-Minute Dance Workouts on YouTube
by Sydni Ellis 58 minutes ago