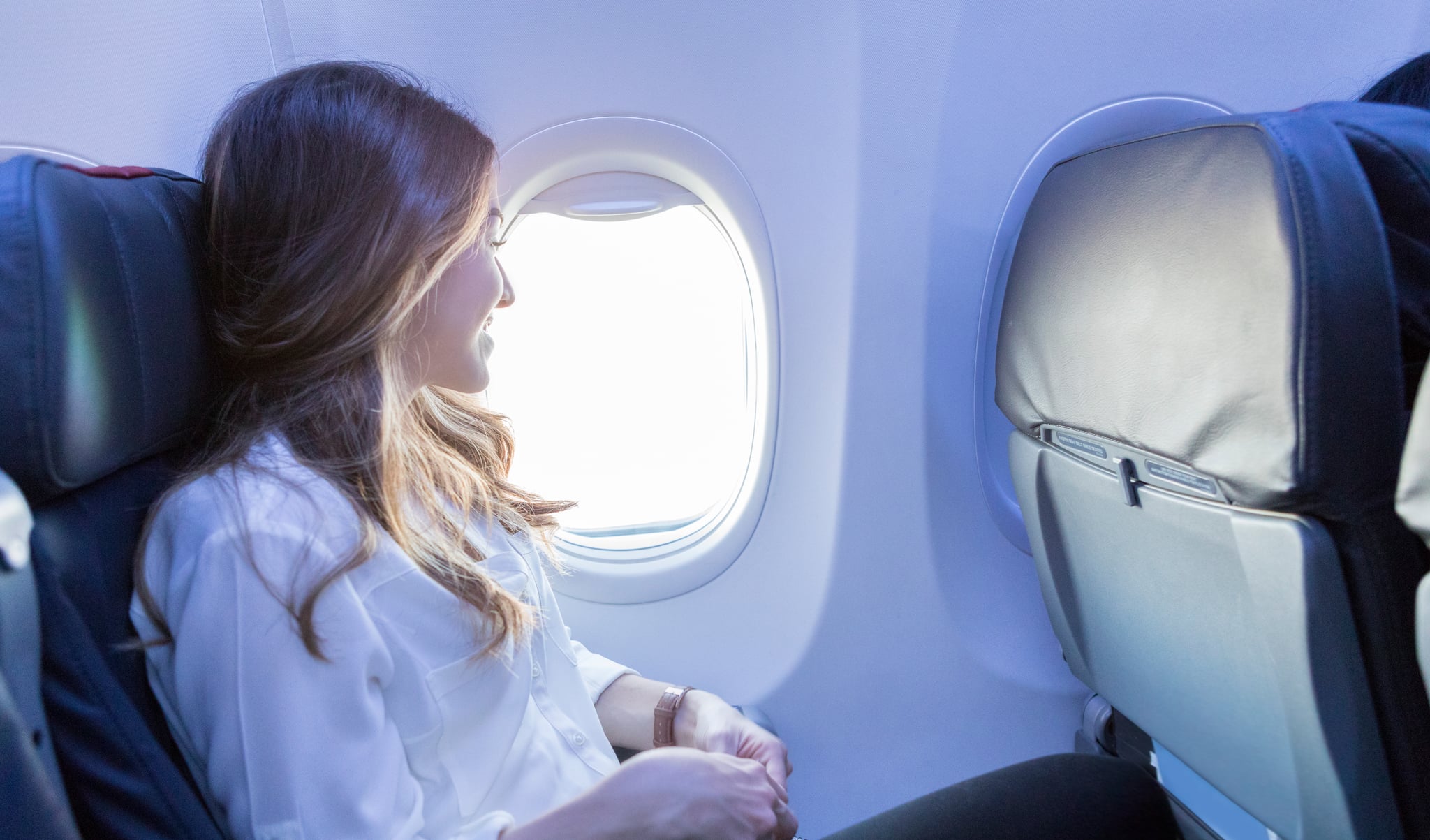 I don't come off as a nervous flyer. When it comes to air travel, the days leading up to departure fill me with excitement and delight. Getting the window seat is a must when booking, because I'm constantly in awe of the views from above the clouds. Even more so, I'm thrilled by plans to visit new and beautiful places. But, without a doubt, these feelings of exhilaration are always met with repeated bouts of nerves as it's time to board the plane.

I'm aware of the statistics. Plane crashes occur far less frequently than car crashes, and you're more likely to meet your end by being struck by lightning. But I still can't shake pre-flight jitters and the internal panic that comes with flying.

I've seen one too many aeroplane films go south, which has left me with a constant uneasiness towards flying. Couple that with the feeling of being off the ground — not to mention turbulence — and it adds up to nervous shakes and in-flight rituals. I reach for my boyfriend's hand at each and every lift-off and touchdown, and letting go is not permitted until we've been in the air (or on the ground) for several minutes. I've adapted subtle breathing techniques I do after boarding in an attempt to clear my mind. I say the same simple prayer, asking for safety over everyone, before takeoff. It's a whole thing.

I've tried out various other calming methods that seem to work for others, from tailored playlists to CBD oil. While these have momentarily distracted me from my stress, nothing came close to diminishing my nerves or calming my flying anxieties, until I starting using a weighted blanket.

I didn't originally purchase a weighted blanket specifically for flights. I get cold and restless most nights (thanks, anemia!) and, after researching their known benefits when it comes to improving sleep, bought one to help me fall asleep at home and during the occasional hotel stay. Imagine my relief when I brought it on a six-hour flight from New York to San Diego and found myself drifting off to sleep under it — something I hadn't ever done before while flying, thanks to nerves.

The Magic Blanket ($179) has given a whole new meaning to "comforter." At 36 inches wide and 60 inches long, my weighted blanket serves as my personal item (albeit a heavy one at 10 pounds — a travel version might be easier for you to carry), and, when folded, fit the airline requirements to fit under the seat in front of me. As soon as we took off, I wrapped myself in it.

It was reminiscent of being held in a large embrace, in which I could feel my anxiety melting away. My stiff breaths slowed considerably. My muscles, previously rigid and tense, loosened up.

At first, I thought my weighted blanket to be effective because it made me feel as though I was at home in my bed, wrapped in my usual blanket. But it was really the beads inside of the blanket, which are responsible for providing the pressure or weight that gives you that safe feeling, that allowed the blanket to successfully mould against my body and fill every gap of the plane seat without creating uncomfortable restriction (which would have made my nerves in the cabin even worse). On top of that, the beads created a soothing stroke-like sensation when I moved. It really made the small amount of space I had in the plane feel noticeably more comfortable, like I had been tucked in. It was reminiscent of being held in a large embrace, in which I could feel my anxiety melting away. My stiff breaths slowed considerably. My muscles, previously rigid and tense, loosened up. Most notably, though, my thoughts stopped racing and the familiar drumming of my heart faded. I eased into a relaxation mode I hadn't known before while flying.

Related:
I Have a Crippling Fear of Flying, but It Doesn't Stop Me From Travelling

My experience isn't a one-off case, either. The relaxing effects of weighted blankets are backed by research. Deep touch pressure, or DTP, is all about placing gentle, distributed pressure on your body — think weighted blankets, weighted lap pads, massages, stuffed animals, and, to my delight, hugs — to regulate the secretion of cortisol, the hormone that makes you feel stressed. Using a weighted blanket, in particular, has been proven to have both mental (lower anxiety and a calm feeling) and physiological (decrease in heart rate, blood pressure, and activity in the nervous system) effects. It makes sense that all these benefits will work on nervous flyers. They certainly worked on me.

My weighted blanket is now a travel essential, guaranteeing some emotional relief, lowered nerves, and a few hours of shut eye. It hasn't erased all of my flying anxieties — I still get pre-flight jitters as I approach the gate and reach for my boyfriend's hand at takeoff — but it's improved my in-air experience tenfold. Just knowing I'll have an easier time calming down and catching some zzz's is reassuring. Now, when I'm faced with the choice of fight or flight, there's no question: flight. 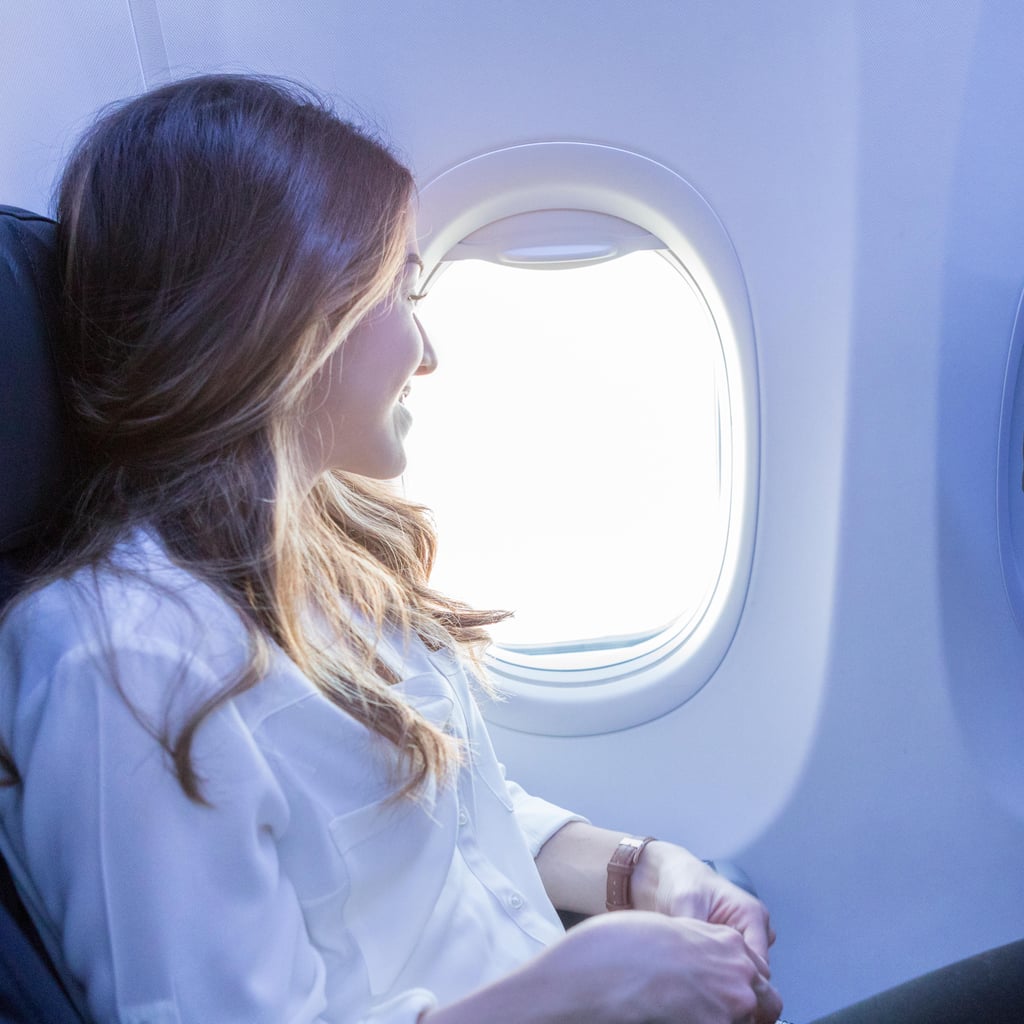