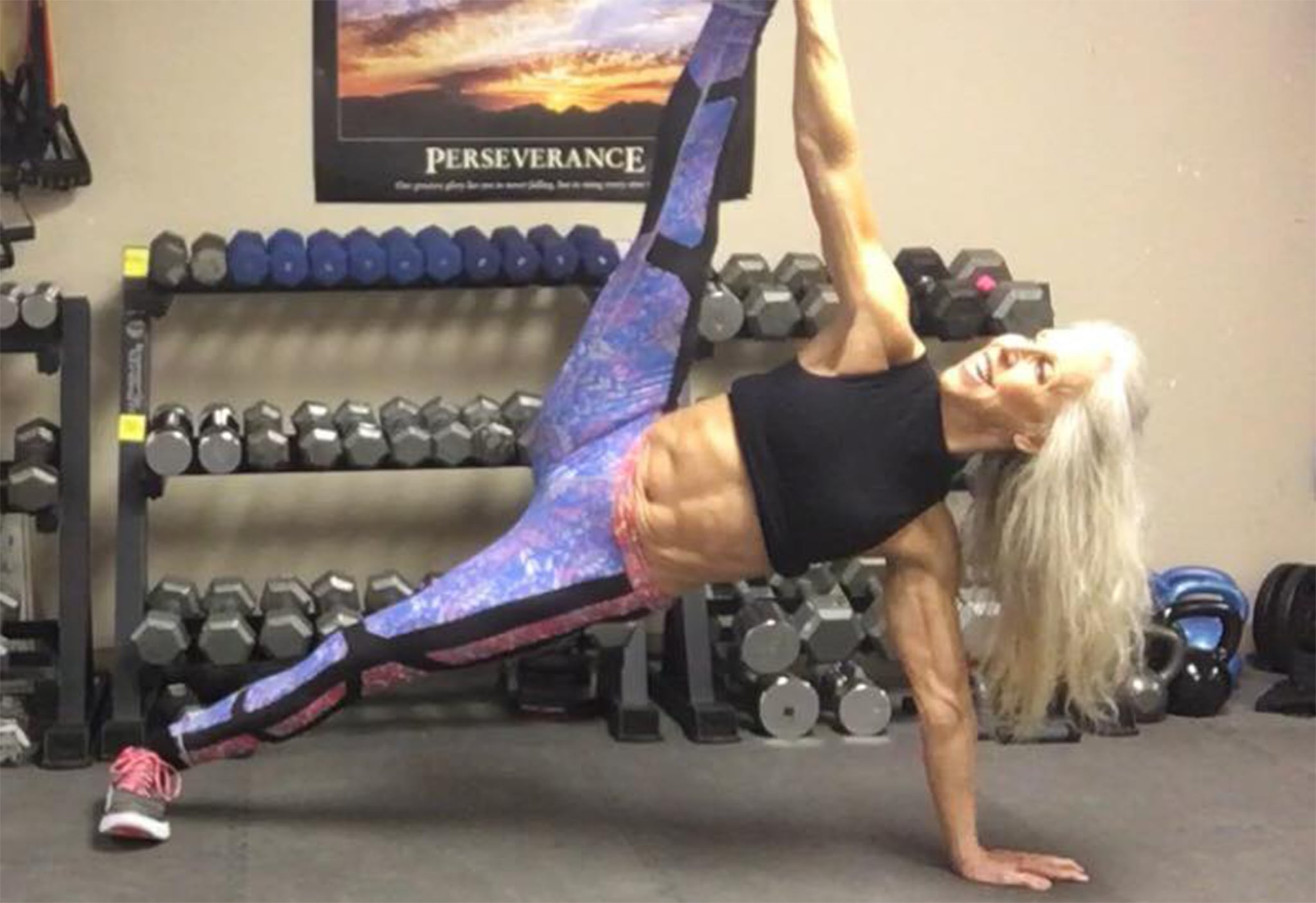 So like . . . Debbie here has 17 bodybuilding titles. Who is Debbie, you might ask? Debbie Crall, the 61-year-old woman behind "Muscles & Mascara," is an NASM-certified personal trainer. "Started working out in 1981 and I haven't stopped!" she says in her Facebook bio — and she's really sticking to that statement. Watch Debbie do "just a little something different for dem abs!" below:

Just a little something different for dem abs! 🏋️‍♀️

This fit grandma is also the CEO of Boot Camp Academy 101 Fitness Studio in Decatur, Texas. At 58, Debbie trained for American Ninja Warrior season seven. Because why not? She also educates about nutrition on her YouTube channel and shares healthy recipes on her Instagram.

Debbie is proof that you can be healthy and fit at any age. Not only is it never too late to be active, but being good to your body early — and sticking to it — can ensure you age healthily. Just look at her! She said on her Facebook that her "hope here is to inspire, motivate and educate women who are wanting to get in shape," and we think she's doing a damn good job.

Workouts
Here's How Many Calories You'll Actually Burn Jumping Rope, According to Experts
by Brittany Natale 4 days ago