If you're feeling bloated and lethargic, you may have heard of drinking dandelion root tea to cure that puffy, overly full feeling. But is imbibing a steaming mug of a bitter-tasting common weed really the key to feeling your best? 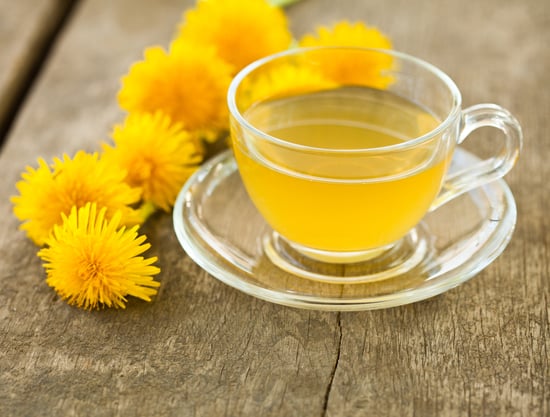 Many people use dandelion root to detoxify, relieve constipation, soothe an upset stomach, and help shed water weight, among many other health remedies. In fact, tea made from the dandelion's root or leaves has been used in traditional Chinese and Native American medicine for centuries; now, even Dr. Oz has jumped on board, recommending dandelion tea as part of his 48-hour cleanse to help your liver release toxins while you sleep.

There's even some limited science to back up those ancient claims. Studies have shown that dandelion does contain diuretic and liver-detoxifying properties, and promising new research is looking into whether dandelion root has cancer-killing properties as well. A small lab study in mice even found that hot water dandelion root extract reduced alcohol-related liver damage in mice. However, scientific research has not been able to prove all the claims about dandelion root and health, and more research is needed. Even so, medical experts regard dandelion use as generally safe — rare side effects include upset stomach and diarrhea — making dandelion root tea a good option if you're looking for ways to detox and debloat.

Be sure to note the warnings about who shouldn't ingest dandelion root, however, and find a reputable, high-quality brand you trust (we like the Roasted Dandelion Root Tea from Traditional Medicinals). Talk to your doctor if you are taking any medication as well, since the weed can interact with some medications, such as lithium, certain antibiotics, and drugs that are broken down by your liver. And note that dandelion tea can have laxative effects, so try it out at night if you've never had it before.

Healthy Living
From Pies to Muffins to Smoothies, These Vegan Pumpkin Recipes Are Packed With Protein
by Jenny Sugar 1 hour ago

Healthy Living
Are Your Hands Always Cold? Experts Explain Why (It Could Be Stress!) and How to Get Relief
by Jenny Sugar 3 days ago

Healthy Living
From HIIT to Yoga, Here's How to Work Out, According to Your Menstrual Cycle
by Lauren Pardee 6 days ago