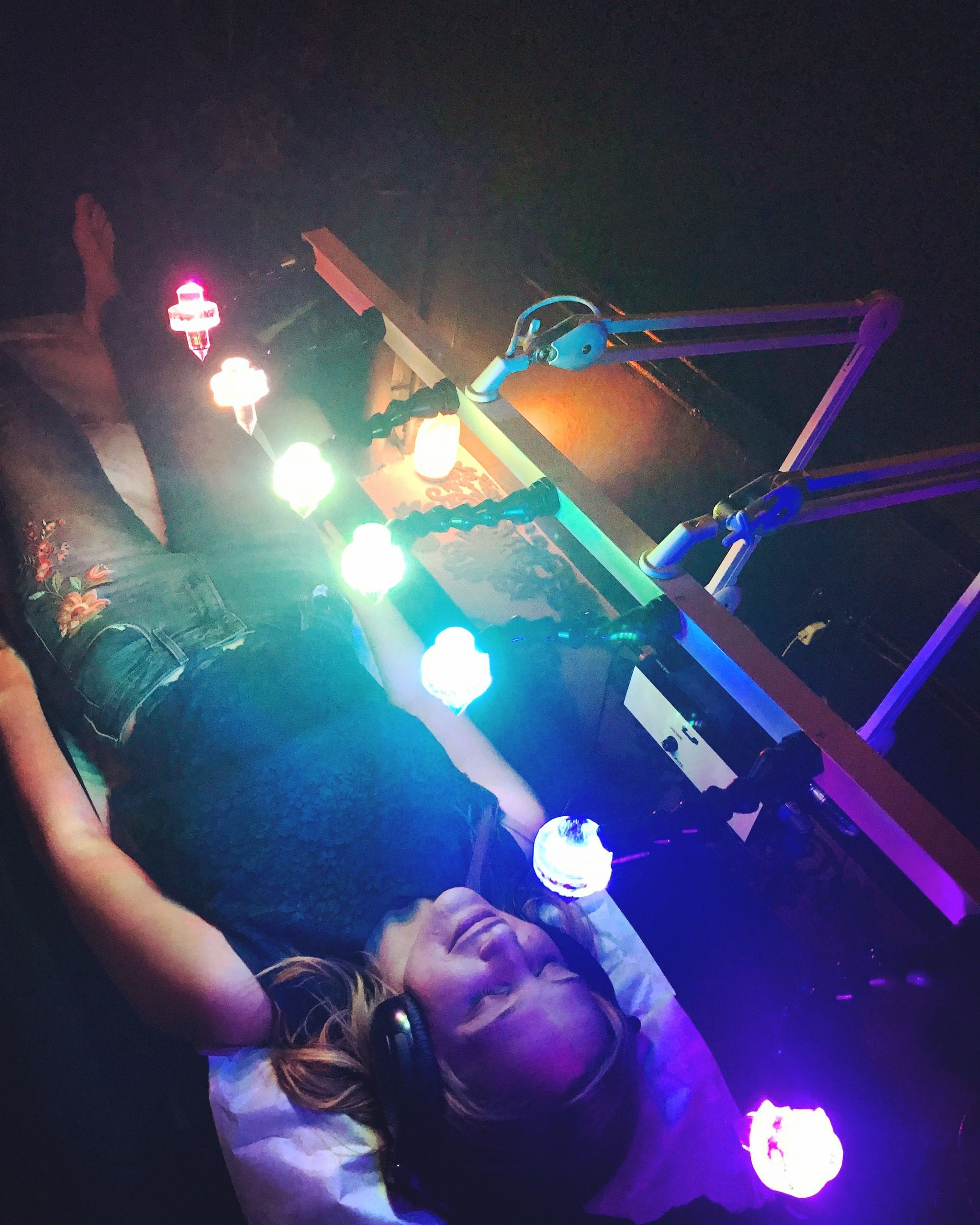 After living in New York City for almost seven years, I thought I had tried almost everything this city has to offer, from Cronuts to cookie dough ice cream, a fitness class that makes you feel like you're back in middle school gym class to one that has you riding on an indoor surf board. But when I found about about a treatment called Sensory 7 Crystal Healing and Energy Bath, I pressed the pause button on my afternoon and decided I need to give this interesting service a try.

When I first read the title, I thought I would be stripping down to my birthday suit and getting in a bathtub filled with crystals, geared toward providing me with 30 minutes of uninterrupted bliss. But I was quite wrong.

A quick Google search showed me Sensory 7 Crystal Healing and Energy Bath isn't anything like that. Instead, I would be lying down, fully clothed, underneath a row of glowing crystals. I didn't know why a person should do that or what would happen to them, but I've seen, again and again, people posting on Instagram about the power of crystals and how they never leave the house without them, packing them in their purse or even sometimes in their bra.

It turns out, Crystal Bed Therapy was started by a spiritual healer living in Brazil as a way of focusing on alignment of energy in the body to potentially treat disease and other illnesses. During the session, each crystal, which is designed to send off a specific frequency, radiates a colour that's matched with a chakra (that's chosen ahead of time by the participant) to help align the person's energy. The hope is that by the end of the session, you leave feeling rejuvenated. Crystal healing is even something that's been added to the routines of many celebrities.

Related:
Here's Exactly How and Why Healing Crystals Work For Me

I decided to head over to Modrn Sanctuary, a luxury wellness centre, to give myself a 30-minute session underneath these magical crystals to indulge in an energy makeover I was probably long overdue for. 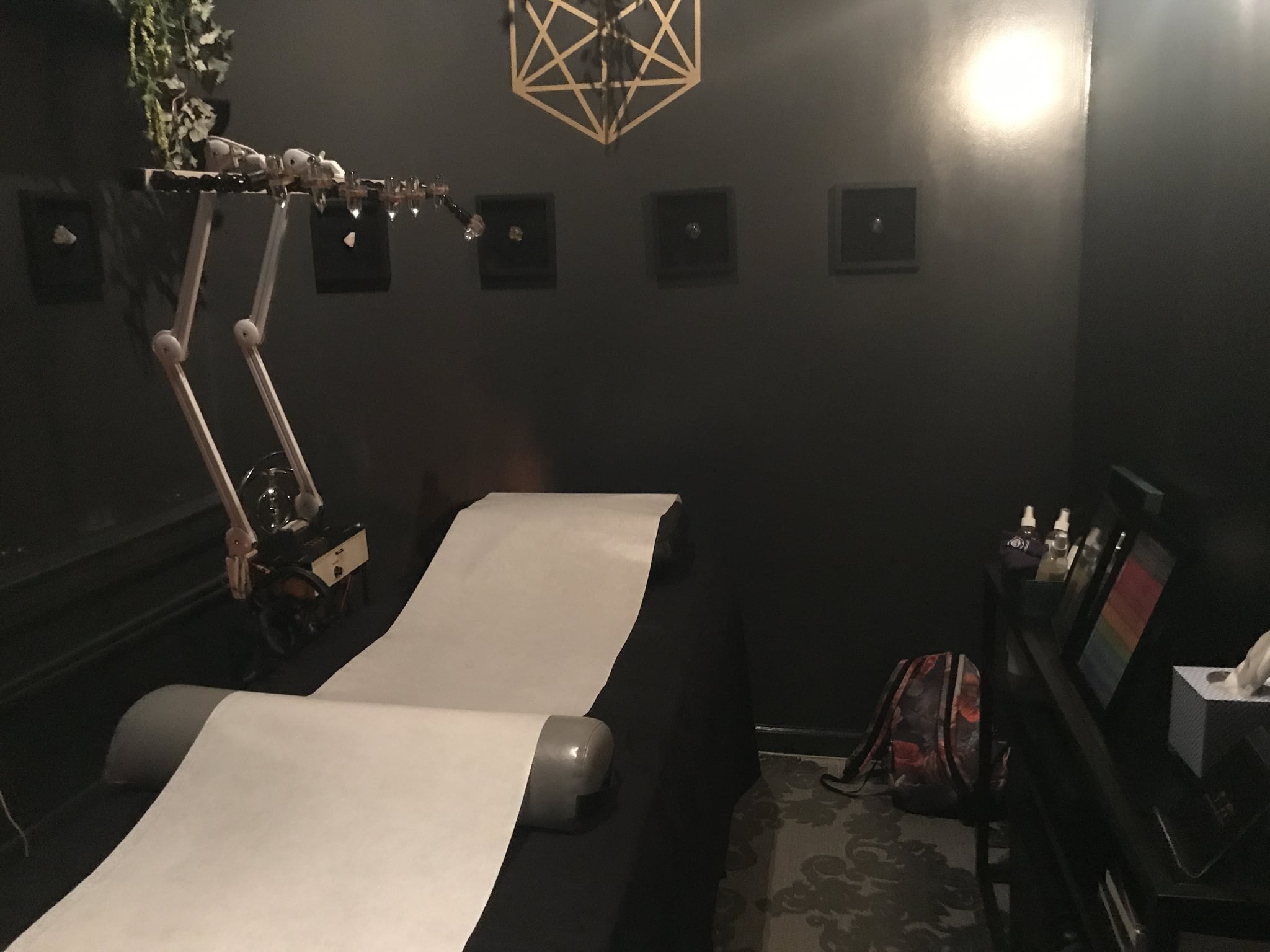 Before my session began, I was given a rundown of what was about to happen. Standing inside a private room that had the smell of a relaxing day at the spa and an aura of what I'd imagine a room for adult nap time would have (a long comfy table to lie down on and dark wells), it was explained to me that the Sensory 7 Crystal Healing and Energy Bath would help infuse energy into my body through crystals, frequency generation, vibration, UV lights, colour therapy, magnetic energy, and binaural beats. It sounded to me like a lot of things were about to happen at once inside that room, but I was told it would leave me feeling reset and restored, and so I was ready for my treatment to start.

I hopped up on a comfy table that was lined with a 17-layer infrared mat, with crystals underneath designed to rebalance my chakra. I then put on headphones that guided me through the experience and played the most relaxing soundtrack of beats that put me into a restful slumber almost instantly.

Before I closed my eyes fully, a mask was placed over my eyes and a row of crystals was lowered a few inches above my face and body, starting the chromatherapy part of the treatment. Chromatherapy is a treatment that uses colours to adjust the vibrational frequencies in the body in order to result in health and harmonization. Each colour emits a frequency related to a specific vibration. Each vibration is said to help alleviate different physical symptoms. 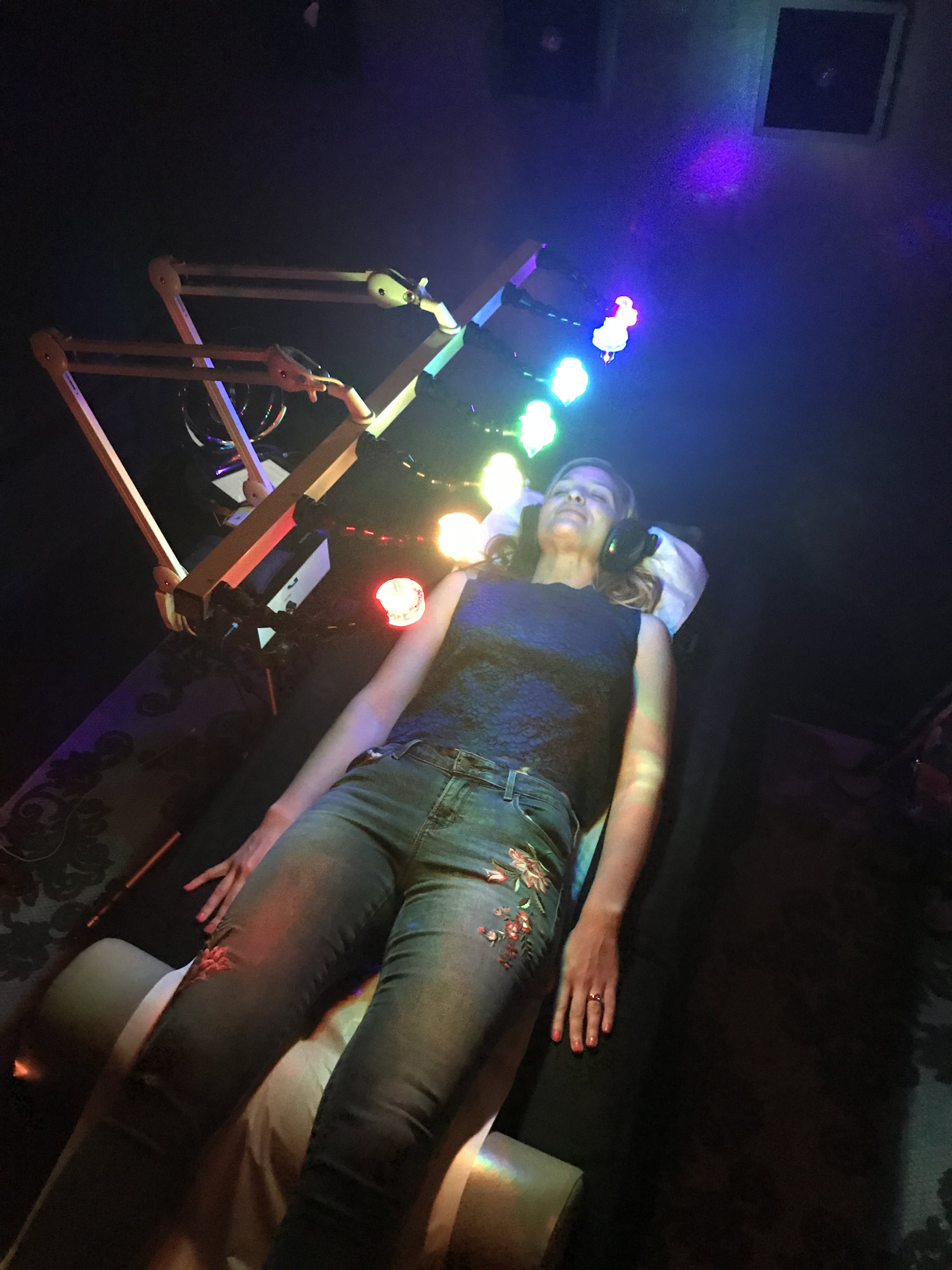 While all of that was taking place, I lay still on the heated vibrating mat and dreamed through the 30-minute session.

Once it was over, I was greeted with a hot cup of rooibos tea, which brought me out of my daze, making me feel ready to take on the hustle and bustle of the streets of New York City. I can't say I fully understand the method behind the crystal madness, but I can say that I left there feeling like I had a month's worth of good nights' sleeps. I noticed that my mood was calmer, happier, and I was not so bothered or turned off by the intensity of the rest of my day.

Healthy Living
Looking For the Perfect Jalapeño Marg? Try This Low-Sugar Recipe That's Only 200 Calories
by Christina Stiehl 3 hours ago

Healthy Living
Here's What to Order From McDonald's, Chik-fil-A, and Taco Bell to Avoid Heartburn
by Lauren Pardee 14 hours ago

Emily in Paris
I Thought Emily in Paris Might Be the New Generation's Sex and the City, but I Was Wrong
by Nikita Charuza 2 days ago
Latest Health & Fitness
×