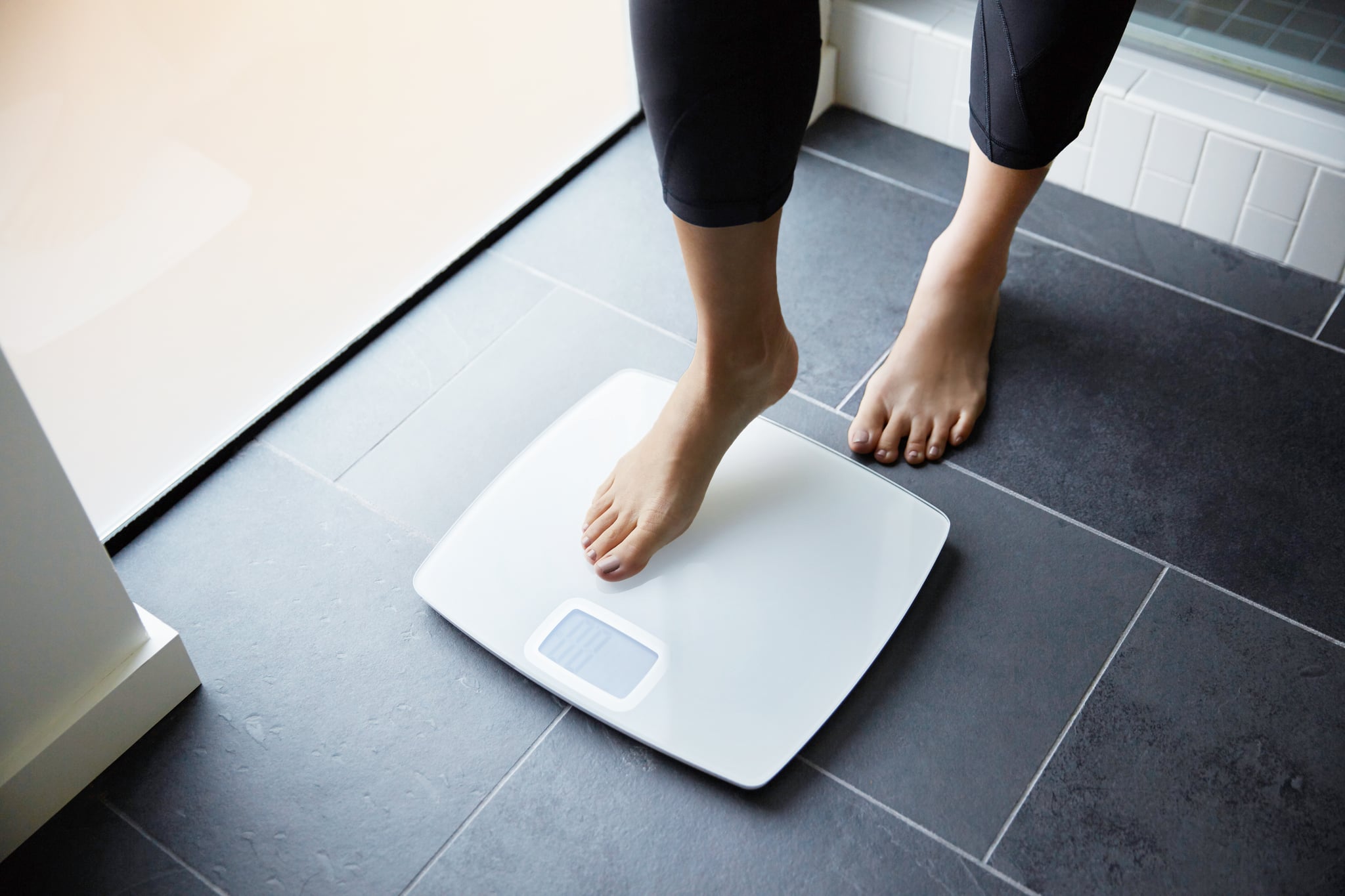 It's the Oprah diet (she lost 19 kilos!) and the diet your aunt goes to her weekly meetings for. You've definitely heard of Weight Watchers, but do you know how it works? It's actually one of the most effective diets out there.

Announced today, Weight Watchers has been ranked 2017's No. 4 best diet overall, the No. 1 best weight-loss diet, and the No. 1 best fast weight-loss diet by U.S. News, and these aren't new accolades; the diet is consistently top-ranked and backed up by research. A 2013 study found that dieters are more likely to stick with Weight Watchers (and lose weight) than they were with a treatment from a specialised weight-loss clinic.

So it's been proven effective, people are losing weight and changing their lives, and experts agree that it's one of the best diets you can be on — but how does it work? Here's a breakdown of all the facets that make Weight Watchers so successful.

The points are the hallmark of this diet. With Weight Watchers, there's less of focus on calorie counting, but a focus on points instead — this makes sense, because not all calories are created equal. You could eat 200 calories of lean chicken or 200 calories of gummy bears, but that doesn't mean they're the same nutritionally.

So instead of counting calories — which is ultimately too top-line if that's your only means of quantification — every food gets assigned a point value called SmartPoints, and they're based on calories, saturated fat, sugar, and protein.

It works like a "budget." And that makes sense . . . a lot of people are great at (or at least understand the concept of) budgeting their money, but can't apply that principle to their food. You'll put an item down at the shop that's too much money, but you probably wouldn't think twice about a food that was super high in sugar and saturated fat.

This is how SmartPoints work, in budgeting terms (and according to the site): in terms of value, calories "set the baseline" for how much the food is "worth," while protein makes the food cheaper (fewer points, meaning it's healthier and you can have more), and saturated fat and sugar make that food more expensive.

Subscribers of the diet get personalised points based on their weight, height, gender, age, and goals. There are also allowances for bigger portions, going out to eat, and weekend "splurges," which make for a much more realistic and sustainable meal plan.

Another reason it works is because you're not cutting out food groups. Who could forget Oprah's love for bread, and her overzealous, unbridled joy when she told commercial audiences nationwide that she can eat bread on Weight Watchers?

Related:
After Decades of Yo-Yo Dieting, Oprah Finally Cracked the Code to a Healthy Balance

We interviewed a woman named Becca, who had major success on Weight Watchers and lost over 100 pounds, and the no-elimination style of diet is what drew her in. "I joined Weight Watchers because the program seemed so easy and it still lets you eat the food you love in moderation."

U.S. News noted that one of the key factors in what makes a diet successful and effective is its sustainability, which is why Weight Watchers saw such high success and Whole30 did not. No eliminated food groups, no problem.

Weight Watchers adapts to this with an education focus — you learn about the best (and worst) choices for your diet and your body, which helps you understand food, nutrition, and weight loss better and on your own, independently from a diet or what someone is telling you to eat.

You'll also learn healthier recipes, portion sizes, and how to eat when you're at a restaurant. This helps you switch from an automated diet (where you end up feeling like a robot following commands) to a healthy lifestyle.

As U.S. News put it, "The company offers thousands of recipes, each with a SmartPoints value, to show how it fits into your eating plan. If you're preparing a dish that's not listed in the database, you can calculate the points value ingredient by ingredient, using your mobile app or through the company's website. Vegetarians, gluten-free eaters and people with other dietary preferences can also easily find items and recipes tagged for them."

Community is one of the biggest components of Weight Watchers — and also one of the best ways to lose weight. You'll notice that any successful fitness or nutrition plan has a hefty community following it as well, encouraging each other, posting motivating photos on Instagram, or arranging for in-person meetups.

That's how Weight Watchers meetings started. Founder Jean Nidetch started inviting her friends over to her home in New York to catch up and discuss weight-loss strategy; that tradition lives on today. This style of support system can help with weight loss in a number of ways, including cortisol management (the stress hormone that can contribute to belly fat). A study in the journal Psychiatry showed evidence of social support counterbalancing stress.

Weight Watchers members also have access to personal coaching, which can provide even more personalised and specific guidance. This coaching and leadership is an integral part of the program. "I don't know if I would've made it this far without her support and the support of our Weight Watchers leader," said Jamie, a woman who lost over 40 kilos with the program.

Keep in mind that all of these services do cost money, with fees ranging from $30 to $96.50 per month.

Aside from diet, you earn "FitPoints" and can work with a Fitbit or tracking device to track your exercise and movement. This concept was introduced in 2015, and now ties into the overall points system. 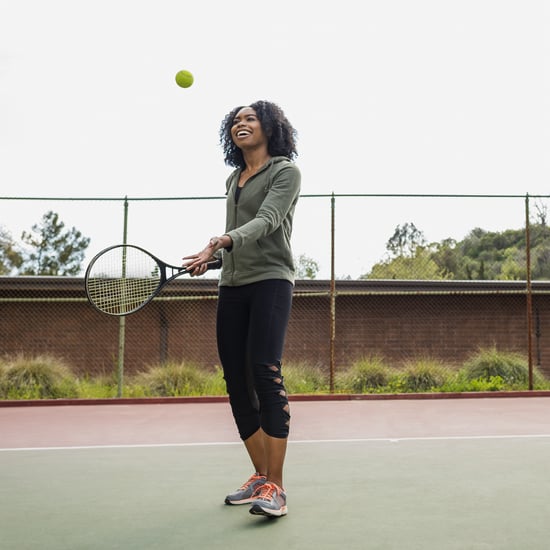 Best of 2021
I'm Recommitting to Non-Work-Related Hobbies in 2021, Starting With These Three
by India Yaffe 1 week ago

Skincare
21 Top-Rated, Clean Skin-Care Products From Sephora to Get 2021 Started Off Right
by Morgan Ashley Parker 3 weeks ago 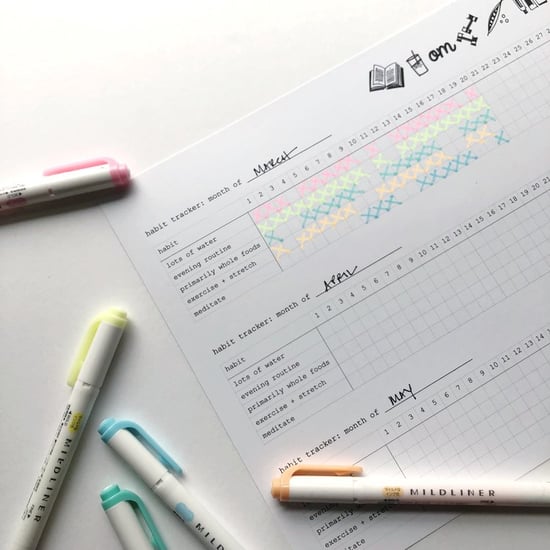 Healthy Living
This Free, Printable Habit Tracker Will Help You Stick to Your New Year's Resolutions
by Sydni Ellis 4 weeks ago

Healthy Living
After a Trying Year, There Has Never Been a Better Time to Do Dry January
by Hilary Sheinbaum 4 weeks ago 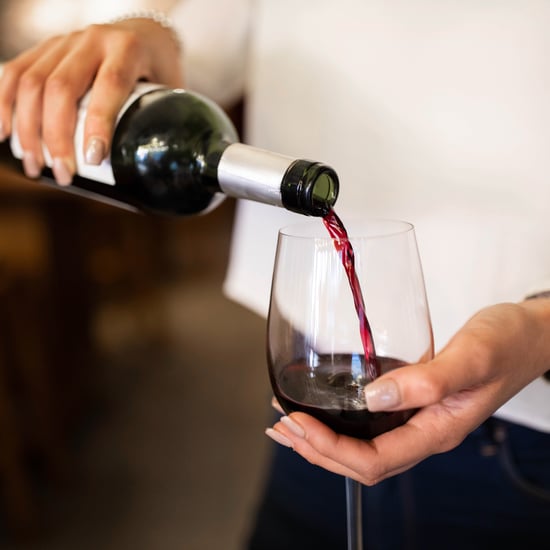 Weight Loss
Why Am I Not Losing Weight on the Starch Solution? These 12 Simple Tweaks Can Help
by Jenny Sugar 02/11/20
Latest Health & Fitness
×