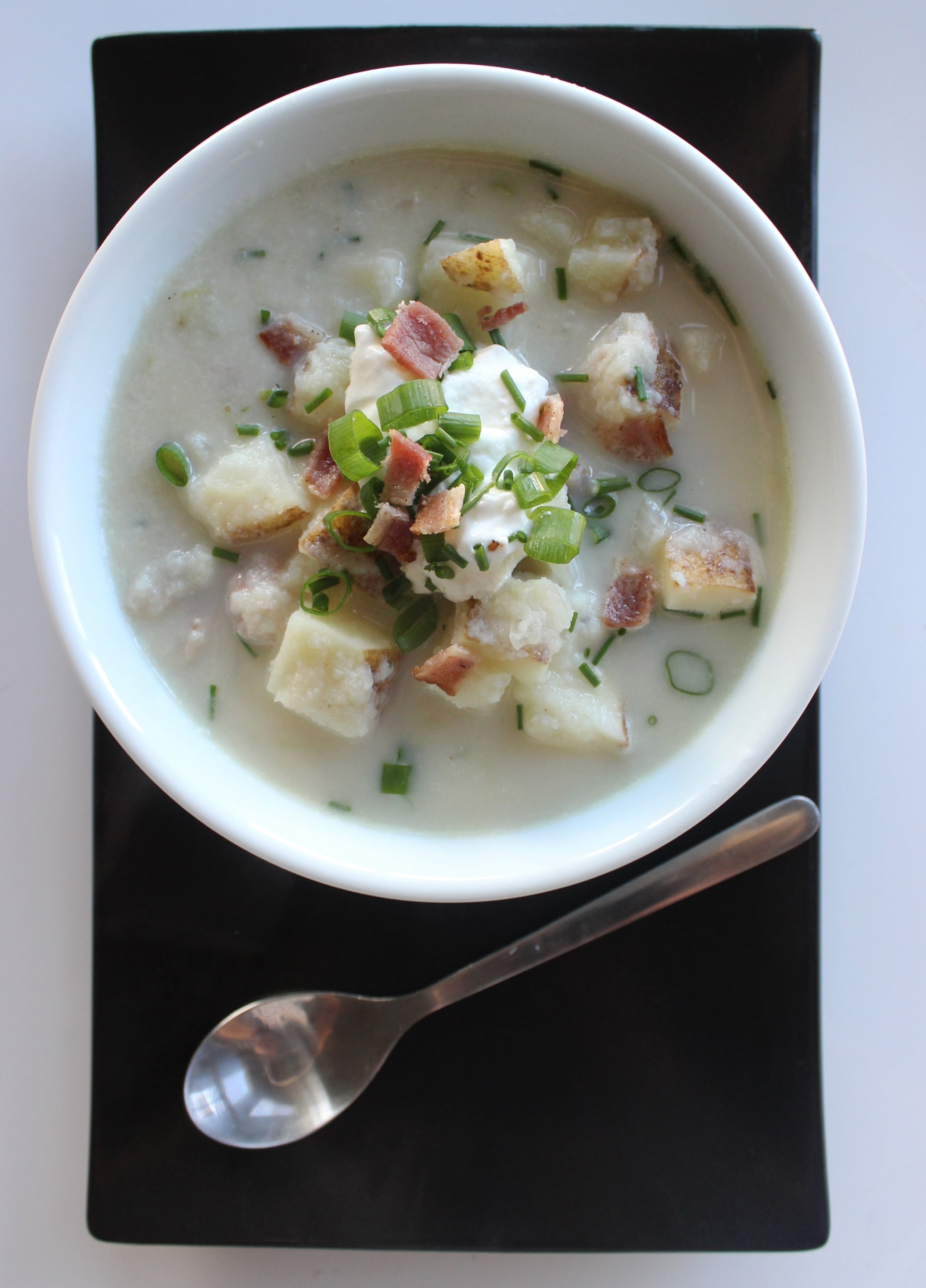 When the weather cools off, all I can think about is soup. It's not a strange occurrence for me to enjoy a big bowl of this warming staple for both lunch and dinner — some days, it's the only thing that sounds appetizing. After spending time on Pinterest hunting for a new Fall favourite, I kept coming across big bowls of creamy loaded baked potato soup, but unfortunately, all these recipes were also loaded with fat, calories, and carbs.

After some experiments in the kitchen, I came up with a lower-calorie and lower-carb baked potato soup that will fill you up without weighing you down. Versatile cauliflower stands in for the majority of the potatoes, which dramatically slashes the carb count without sacrificing texture or flavour. Top it off with your favourite classic baked potato garnishes, and prepare to be wowed. 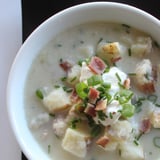 Celebrity Interviews
Jonathan Van Ness Doesn't Want HIV to Define Him, but He Does Want to Break the Stigma
by Samantha Brodsky 9 hours ago

Healthy Living
6 Signs That You Could Have Body Dysmorphia, According to a Psychologist
by Ashley Broadwater 1 day ago

Healthy Living
Why Does My Skin Itch After Using a Vibrating Massage Gun? These Experts Explain
by Jenny Sugar 1 day ago

Healthy Living
Are Your Periods Irregular or Even Absent? Here's When You Should Talk to Your Doctor
by Abby Fritz 6 days ago
Latest Health & Fitness
×