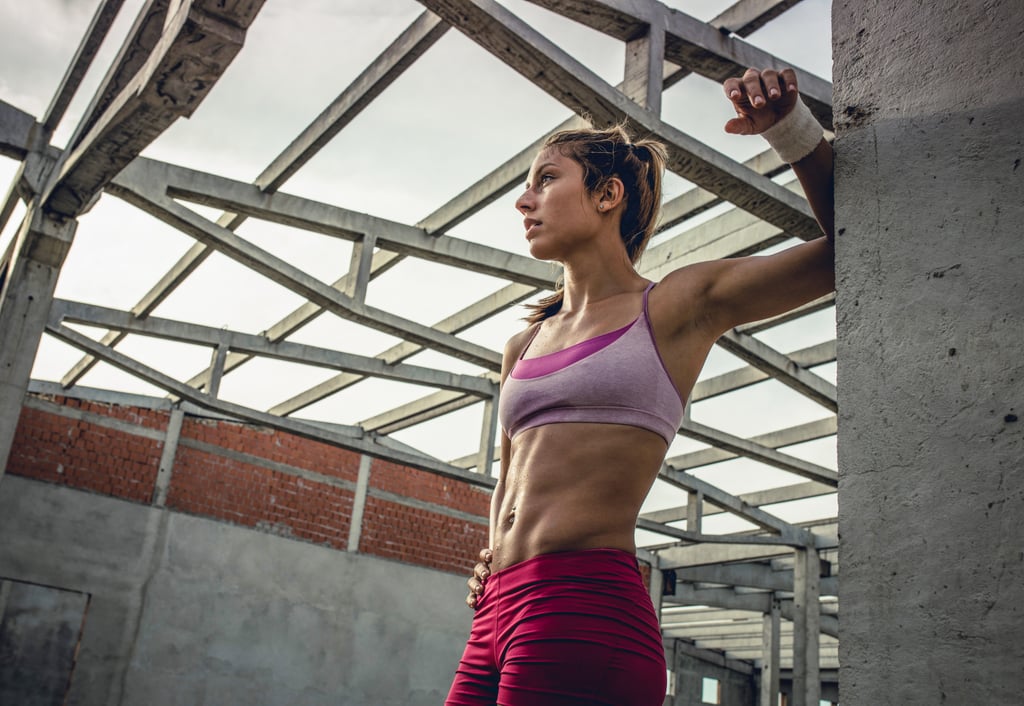 Be Warned: This Trainer's Favourite Exercise Ball Move Will Take Your Abs Prisoner

When it comes to working your abs — and, more specifically, your rectus abdominis, which makes up the the "superficial core" muscles that give you that six-pack — there are plenty of exercises you can do. And by plenty, we mean hundreds. Take Down Dog abs, TRX knee tucks, and plank knee taps to name a few. One of my favourites is pike to plank using an exercise ball (or pike-ups, as we called them in gymnastics practice). One trainer I spoke to, Paul Searles, CSCS, from the New York Sports Science Lab, gave me a kick-butt variation of this exercise that's his personal favourite for working your abs to their maximum potential.

For starters, Paul said that some of the best ways to train your abs (and your core as a whole) is to do compound movements like squats and deadlifts with weights. If you're doing them right, these moves force you to engage your core. But, if he had to choose an ab exercise he likes most, he'd pick the ball pike rollback — though deadbugs are a close second, he admitted.

"Basically, you're in a push-up position with your feet elevated on an exercise ball," Paul explained. After you pike upwards, you come back down into that starting position and slide yourself backwards into an extended plank. "I feel like you get a lot of bang for your buck with that one," he said. Ahead, check out more on how to do this move, as well as variations to try if it's too advanced. You can work your way up to this exercise — we know you can!

Related:
Just Because You Have a 6-Pack Doesn't Mean You Have a Strong Core — Here's Why
Previous Next Start Slideshow
Join the conversation
WorkoutsExercise BallsCore ExercisesAb ExercisesPopsugar Interviews
More from POPSUGAR
From Our Partners
Related Posts

Workouts
Yes, HIIT Can Build Muscle, but Only If Your Workouts Are Set Up Like This
by Tamara Pridgett 10 hours ago

Workouts
Here's How Many Calories You'll Actually Burn Jumping Rope, According to Experts
by Brittany Natale 1 day ago

Workouts
Missed a Couple Workouts? A Trainer Explains Why You Shouldn't Try to Make Up For It
by Kacie Main 6 days ago