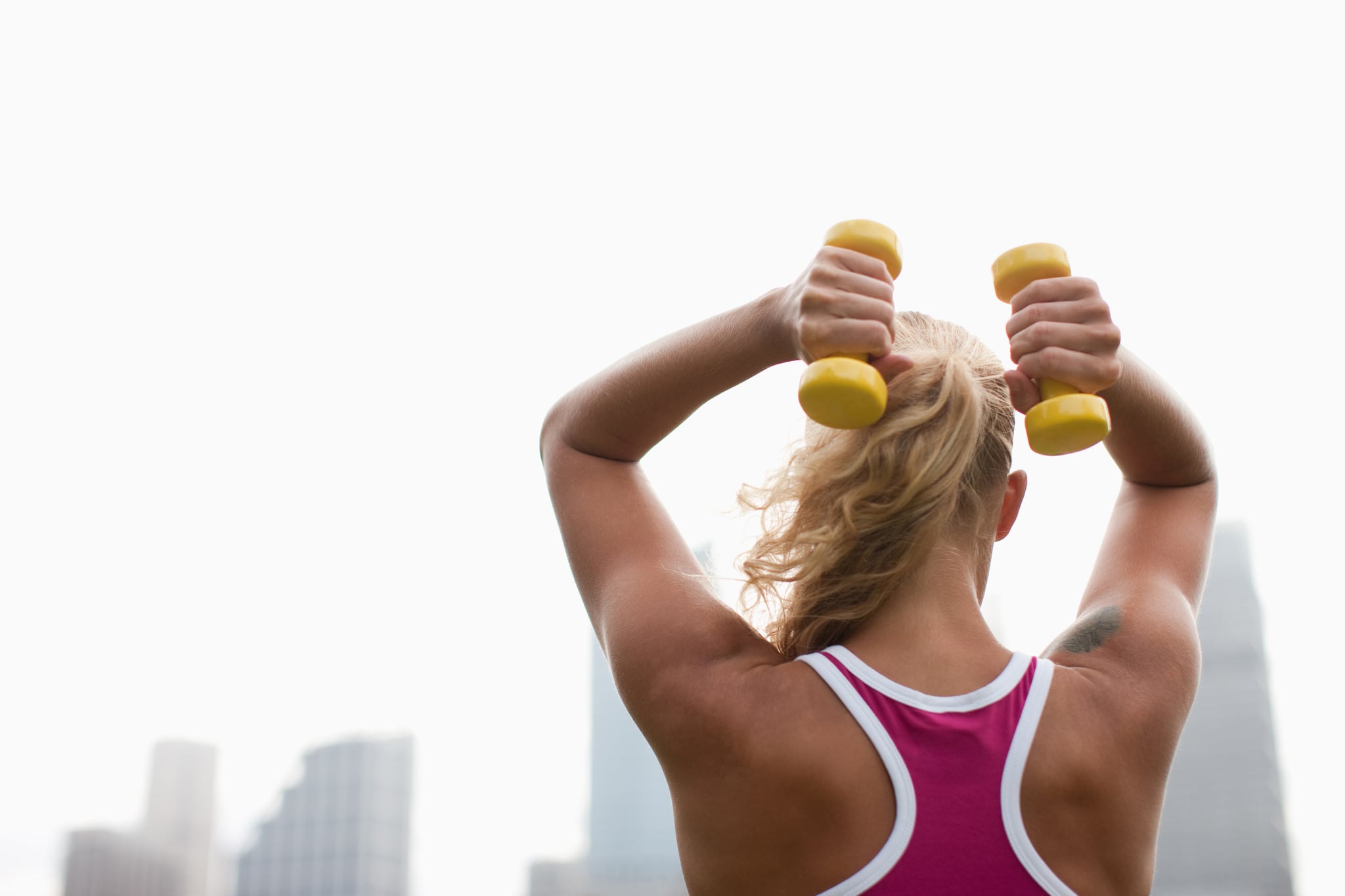 Have you ever managed a single-legged squat on only one leg, or struggled to lift a weight with one arm but not the other? There's a reason for that, and it's called a muscle imbalance: when a muscle is stronger on one side of your body than the other. It's natural and pretty commonplace, which makes sense when you think about how most of us are trained to favour one hand, and therefore one side of the body, when we're very young.

"Imbalances are not a cause for panic," BOC-certified athletic trainer Liz Letchford, MS, told POPSUGAR, especially because your body "is asymmetrical by design — we've got one lung bigger than the other, a liver on one side, and even our diaphragm is a little off-centre." And being imbalanced is normal in a lot of sports, too; many, like tennis and softball, are asymmetrical by design, and having an imbalance can even help you in competition.

That doesn't mean it's something you want to keep around. According to Nirav Pandya, MD, associate professor of orthopedic surgery at UC San Francisco, muscle imbalances become an issue when you compete in endurance sports, such as running, cycling, or swimming. "If you're doing just short bursts of activity," like playing tennis once a week, or running for 20-30 minutes at a time, an imbalance may not be a big deal. But when you extend that exercise over a long period of time, it can lead to painful joint injuries.

If you're in your 20s or younger, though, an imbalance might be more annoying than painful. My right arm is stronger and noticeably bigger than my left, a remnant from playing softball for 12 years. My leg and glute muscles are also imbalanced — possibly also related to sports, or simply from natural dominance. Neither imbalance has affected my daily life or workouts yet, but Dr. Pandya warned that that could change. He said that people typically start running into imbalance-related injuries in their 30s, when their body is less able to bounce back from the damage.

Unfortunately, correcting an imbalance isn't as simple as doing more reps or using heavier weights on your weak side. Both Letchford and Dr. Pandya agreed that seeing a physical therapist or a trainer is your best bet, especially one who's trained to recognise and correct imbalances. "If you'd like to give it a go yourself," Letchford said, try to "get curious about how your body moves and feels" when you're working the imbalanced muscles. When I squat, for example, I feel my left quad and glute firing much more than my right. Some people can even see the imbalances in a mirror. Then, Letchford said, focus on what it feels like when you make the movement look or feel more balanced. "Find that feeling more often," she said.

But whatever you do, always train both sides evenly. Going harder or heavier on the weaker side can build up too much strength, which reverses the issue instead of fixing it. "The weaker side will eventually catch up," Letchford said. "And then you can progress your movements with a more balanced body."

That means it's also OK to use lighter weights or lower the reps on both sides until your weaker side is up to speed. "It's better to be a little bit weaker and symmetric than to be really strong and asymmetric," Dr. Pandya said.

It's basically impossible to get to full symmetry, but working both sides to equal strength, or as close to equal as you can, will help protect you from injury in the long run. It's a time-consuming process, Dr. Pandya said. "You're kind of breaking yourself down and building back up again, but that time that you put in can definitely pay off on the back end."

Workouts
This Workout Is Just 10 Minutes Long, but After the First 3, You'll See Why It's So Damn Hard
by Jenny Sugar 1 day ago

Workouts
How to Stop Falling Over During Lunges, According to a Certified Personal Trainer
by Victoria Moorhouse 4 days ago

Yoga
After Years of Doing Only One Type of Exercise, Mixing Things Up Transformed My Body
by Amanda McCoy 6 days ago 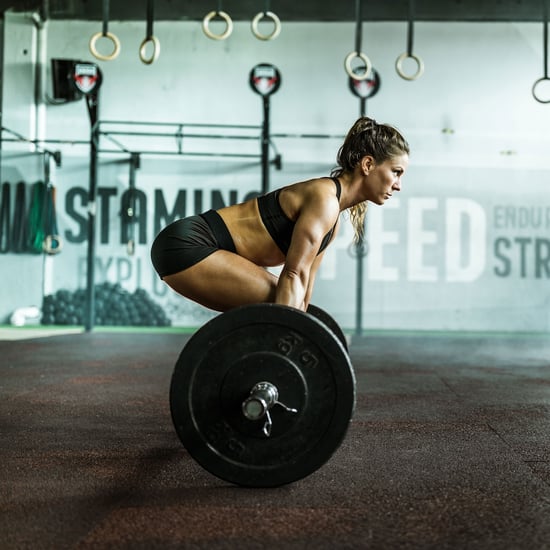 Yoga
I'm a Yoga Instructor, and These Are the 4 Stretches I Always Do After Deadlifting
by Jenny Sugar 1 week ago 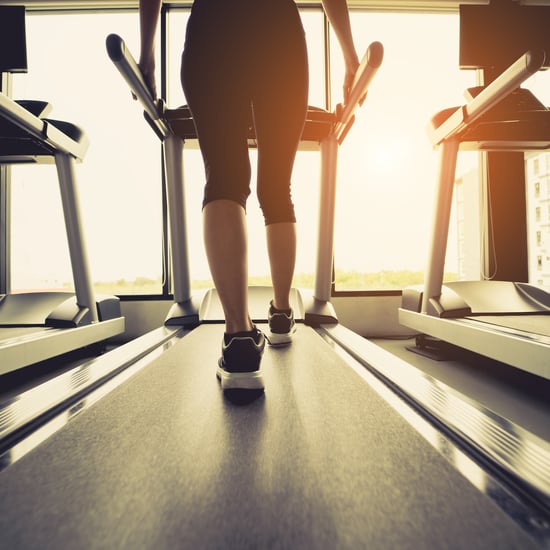 Treadmill
Can Running Without an Incline on the Treadmill Hurt Your Knees?
by Victoria Moorhouse 1 week ago 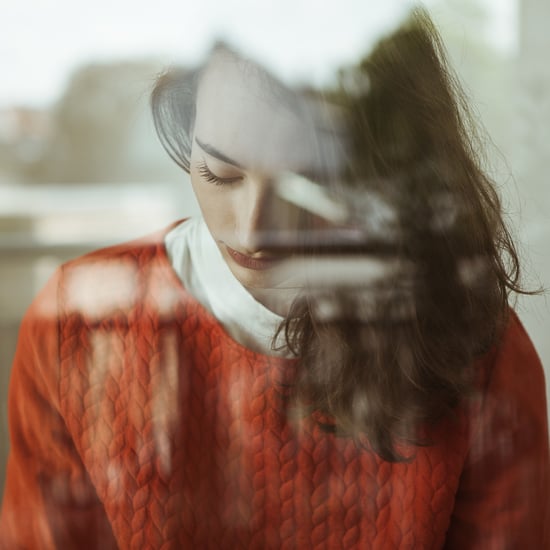 Healthy Living
5 Ways to Get a Better Handle on Stress, Straight From Therapists
by Caitlin Flynn 3 days ago
Latest Health & Fitness
×