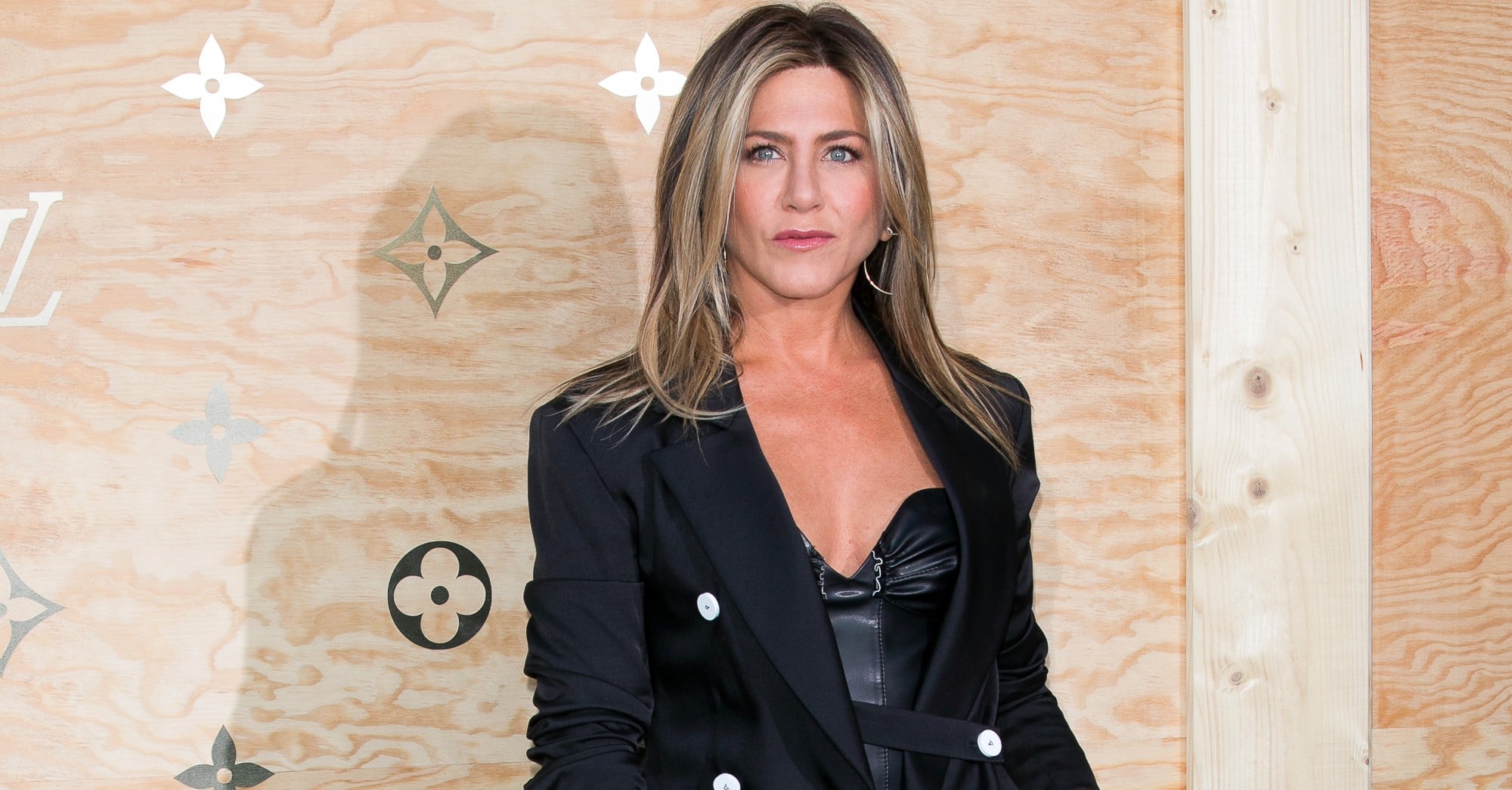 Jennifer Aniston recently sat down with Vogue to discuss her life, acting career, and fitness regime, but the Friends star got very candid when asked about body shaming. Back in 2016, Aniston penned a personal essay about body shamers for HuffPost after rumors began to circulate that she was pregnant. She was not. Now, the 48-year-old actress says she has "shifted" her perspective on the way the media talks about her physique. But first she opened up about how she manages to stay fit and healthy.

"I go in and out of [certain exercises]," she told the fashion magazine. Aniston also revealed that she takes The Class by Taryn Toomey and has a personal trainer to assist with "throwing heavy boulders around and pushing medicine balls and wiggling and shaking" battle ropes. "They're hard!" she admitted. "But it's fun." As for cardio, Aniston said she's a fan of doing 45 minutes of intervals on an elliptical. "I raise the incline, run for two minutes, walk for one, run for two . . . and I do it for 20 minutes straight until I'm just drenched."

When the topic of body shaming arose, Aniston wasn't afraid to admit she doesn't feel like things have gotten much better since her op-ed last year. "I think the problem is the tabloids and the gossip columns taking the human body and putting it in a category. They're either fat-shaming, or body-shaming, or childless-shaming," she detested.

"It's a weird obsession that people have, and I don't understand exactly why they need to take people who are out there to entertain you, and rip them apart and bully them. Why are we teaching young women this? It's incredibly damaging."

Aniston offered some frank words of advice for fans who may be experiencing body shaming in their own lives. "In my own brain, I've shifted my perspective, so who gives a sh*t! If you're going to walk out and have your nipples showing, or your belly is a little bloated, or you're not at the weight you want to be — you are perfect no matter what you are and no matter where you are and who cares!" We couldn't agree more!

Workouts
Missed a Couple Workouts? A Trainer Explains Why You Shouldn't Try to Make Up For It
by Kacie Main 1 day ago

TikTok
"I'm Just Human": Lizzo Speaks Up About the Importance of Self-Care and Patience
by Chanel Vargas 2 days ago