After about 24 years of avoiding exercise of all kinds due to an aversion to sports, it finally dawned on me that I don't have to be a soccer captain, track star, or gymnastics prodigy to get healthy and start setting fitness goals.

Does that sound familiar to you? Are you nodding your head thinking, "OMG I HATE sports. I suck at physical activities and also I have no hand-eye coordination and I'm not competitive in the slightest" . . . or is that just me?

If you have ever at any point had the thought "I'm not good at sports, so I couldn't possibly do [insert any kind of physical activity here]," then listen up. You're wrong.

Related:
7 Things I Did to Finally Get in Shape After University

My parents put me in baseball and softball as a small child and promptly realised I wasn't very invested in the game's outcome when they noticed baseballs would whiz by my daydreaming one-metre tall stature in the outfield, and I wouldn't even flinch. And they perhaps also noticed my lack of athleticism when I got two black eyes from taking a baseball to the nose because "I didn't know what to do with my hands." In middle school I loved surfing but was not at all good at it. I'm pretty sure my presence on the surf team roster was out of pity rather than an achievement I earned via physical merits. I went to every practice to hang out in the ocean with my friends yet never partook in a single competition.

Did I mention I had exercise-induced asthma growing up? I kept that very well hidden . . . by never exercising. Even in PE in middle school, I would do a nice slow jog (walk) any time running was a requirement. PE was pretty scarring, now that I think of it, but that might be another story. 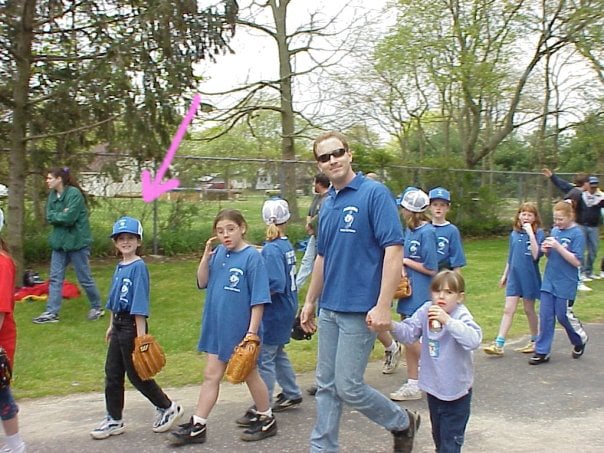 The first and last time I partook in team sports (left — yes that left).

I wrongfully assumed that you had to be into sports — and good at sports — to be an "athlete." Even when I first heard the famous quote from the co-founder of Nike Bill Bowerman, "If you have a body, you're an athlete," I thought, "LOL yeah right, Bill!" I was cemented in an opinion of myself that I (and society, in part) had built over years, through experiences I had growing up, including but not limited to:

So yeah, I dismissed Mr. Bowerman's assertions that everyone could be an athlete. I had a body, and I was certainly not one. In fact, I was 1,000 percent positive that I was the furthest thing from an athlete. So if I'm not an athlete, why would I exercise? That stuff is for athletes to get better at sports! Also wrong.

I thought all of these things for over two decades. If my mum hadn't forced me to do a 15K with her, I might still think those things. Even after I did that 15K, even after I did four or five half marathons . . . after I built strength, shortened my mile time, increased my endurance . . . I STILL didn't think I was an athlete. I laughed at the walls of SoulCycle that were painted, "ATHLETE. RENEGADE. ROCKSTAR." I brushed off comments in Barry's Bootcamp when my trainer referred to us as athletes and warriors. 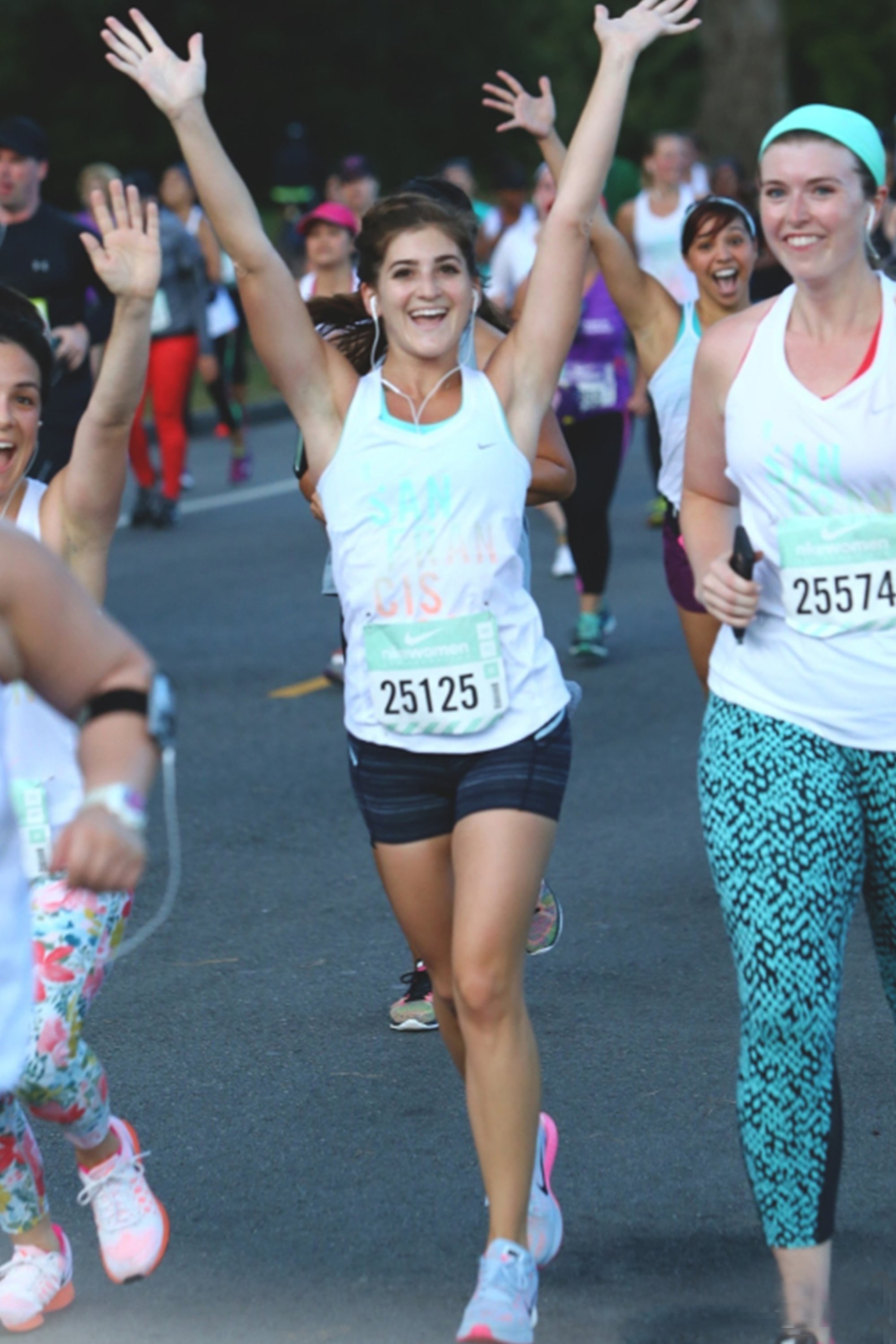 Smiling because it's not baseball.

One day it just clicked: that I am where I am, my body is on a journey, I'm getting healthy, and that's amazing in and of itself. That unlike PE or team sports, there is no level you have to get to or threshold you have to reach to become an "athlete"; you're as much of an athlete at your three-hour half marathon as you are at your three-hour full marathon. And you're still an athlete even if you decide to never go that full marathon distance. You don't have to be "good" to be an athlete — who's making up the rules about what "good" is, anyway? Being an athlete is simply about making a choice to better your body and brain through physical movement.

In fact, if athlete still doesn't feel like a relatable term for you, then ditch it. Just know that not being good at or interested in team sports doesn't preclude you from getting fit — your inability to kick a ball has nothing to do with how much fun you'll have in a Zumba class or how magical you'll feel after your first Spin session or how much you'll enjoy Megaformer Pilates. Sports can make you feel like you're not good enough; fitness makes you feel like you are enough.

If you're like me, and you've gone through life hating sports, not feeling athletically competent, and either scared of or indifferent to exercise, then I challenge you to try one new thing. Take a yoga class. Do a dance video. Jog for a few kms. Hike. Sign up for a race. Move! Because even though it took me a long time to believe it, Bowerman was right. If you have a body, you're an athlete.

Healthy Living
I Made Sleep a Priority During the Pandemic, and It Helped Ease My Anxiety
by Sydni Ellis 1 hour ago

Workouts
Grab a Pair of Disc Sliders (or 2 Paper Plates), and Try These Moves For Strength and Stability
by Christina Stiehl 5 hours ago

Workouts
Get Strong, Lean Thighs With This Low-Impact, 20-Minute Bodyweight Workout
by Jenny Sugar 5 hours ago