The following post was originally featured on Running to the Kitchen, which is part of POPSUGAR's influencer network. 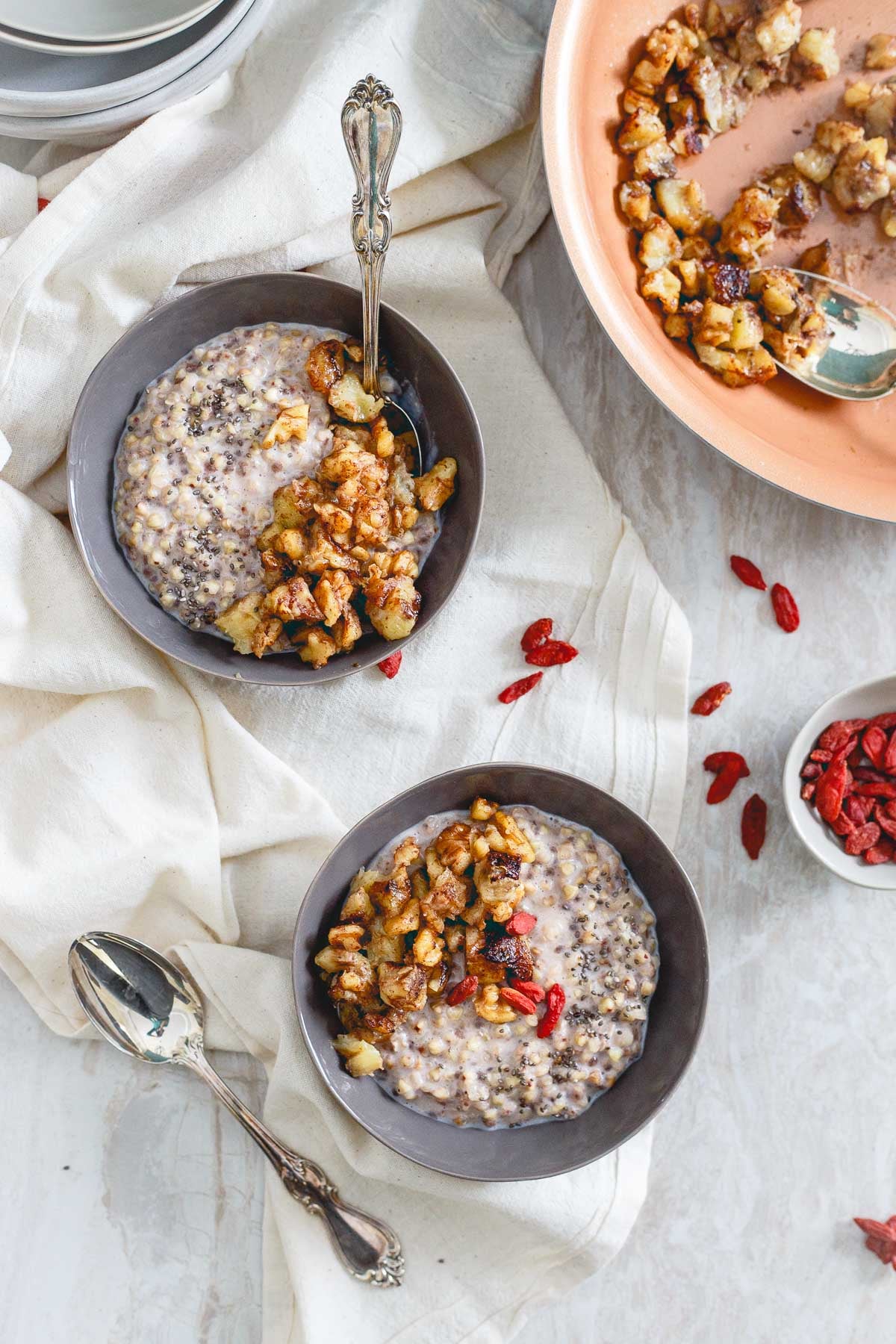 This warm quinoa cereal is topped with a caramelised banana and walnut compote, drizzled in almond butter and garnished with superfoods like goji berries and chia seeds. It's also easily made with buckwheat groats as an alternative (both options in recipe below)! 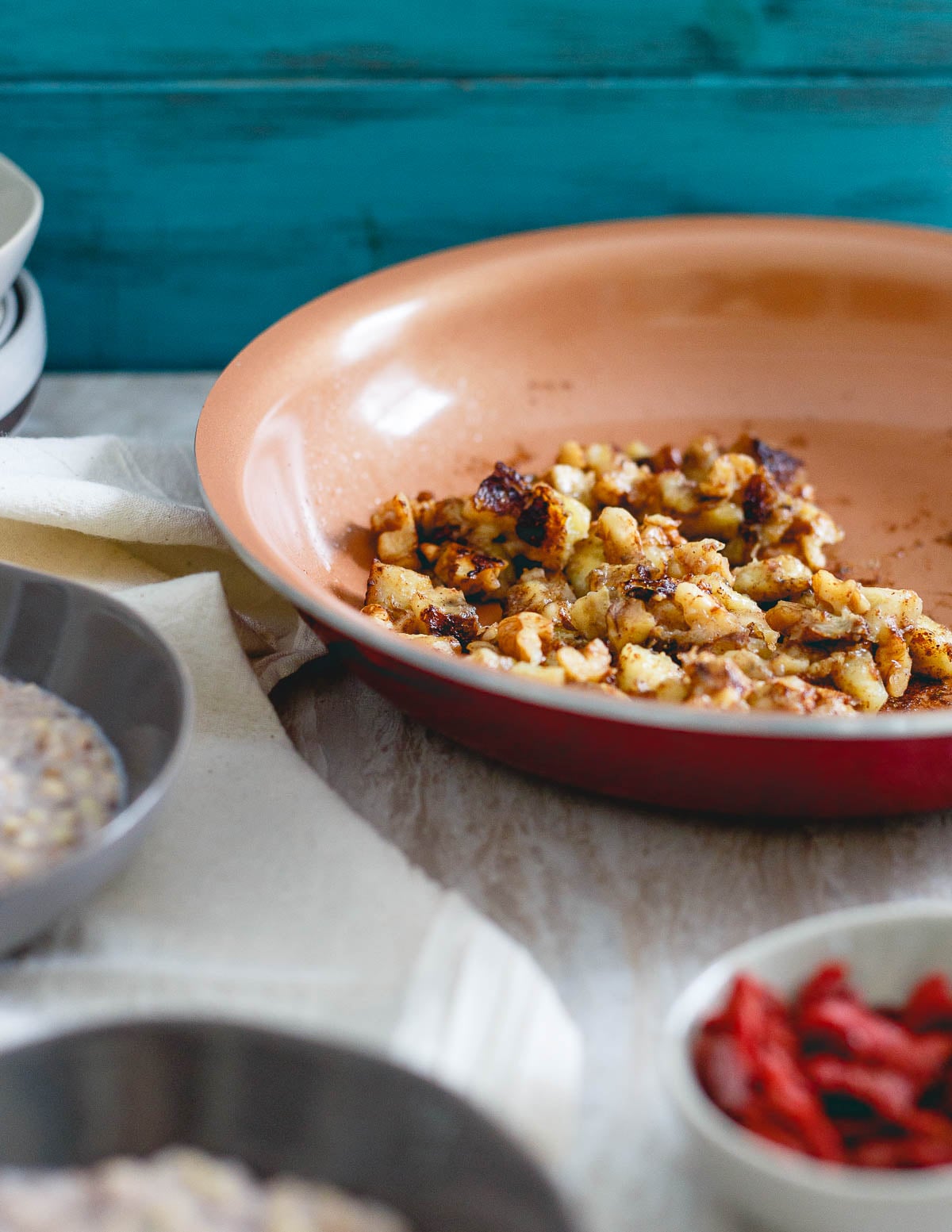 This is barely a recipe and more so just one delicious way to enjoy quinoa that you probably haven't thought of. Warmed, with coconut milk and topped with a mixture of caramelised bananas, walnuts, and almond butter. Extra taste points for eating it with a little spoon. 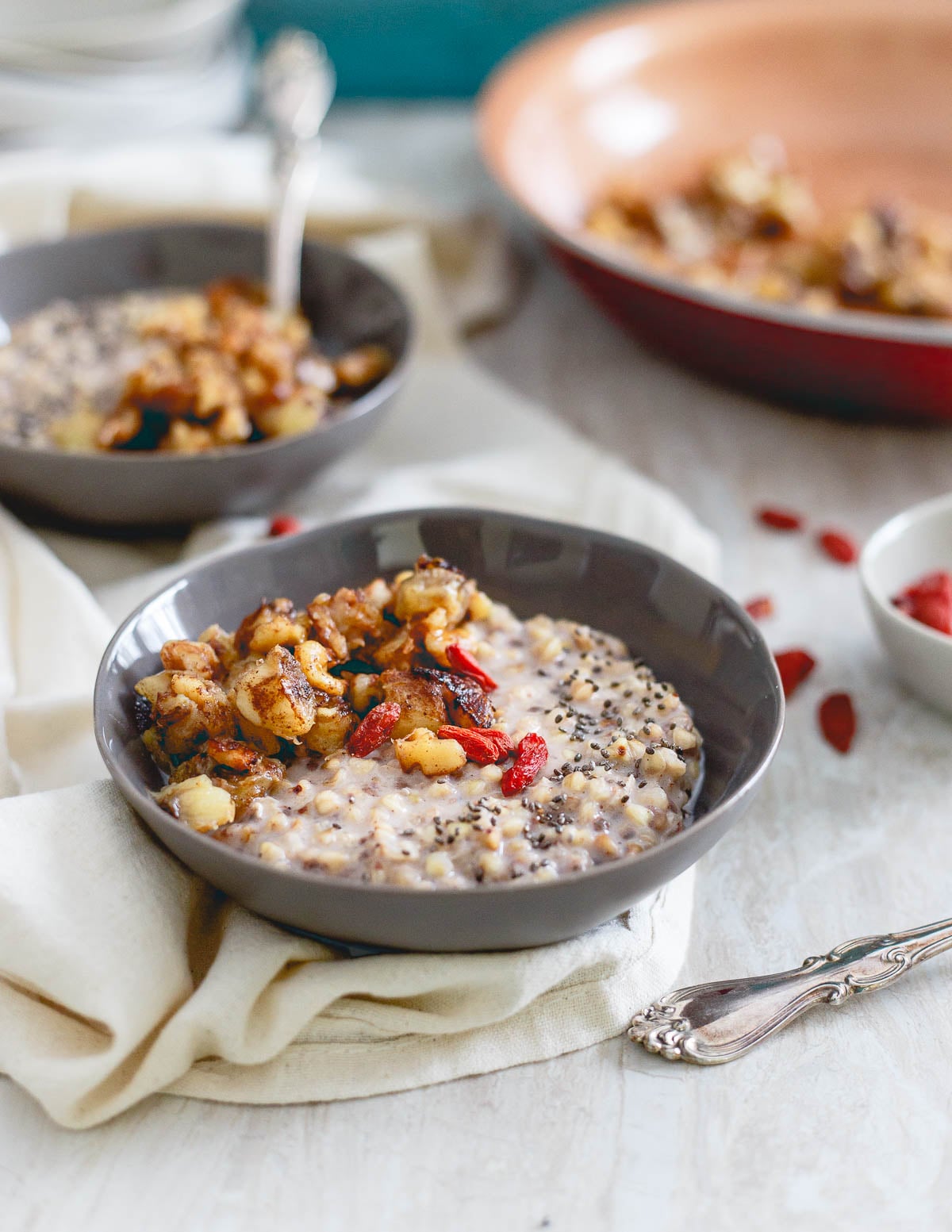 Don't worry, the quinoa negates the butter used to caramelize the bananas. Fact. Fair warning though, husbands have been known to eat remaining caramelised banana walnut mixture straight from the pan in the two minutes you turn your back. Don't make that mistake.

This warm quinoa cereal is topped with caramelised bananas and walnuts. It's a protein powerhouse of a breakfast. There's also an option for using buckwheat instead. 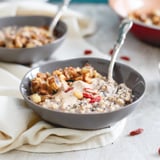 Image Source: Running to the Kitchen
Join the conversation
Healthy LivingCerealBreakfastBananasQuinoaHealthy Recipes
More from POPSUGAR
From Our Partners
Related Posts

Healthy Living
Dance, Groove, and Burn Calories With These 30-Minute Dance Workouts on YouTube
by Sydni Ellis 21 hours ago 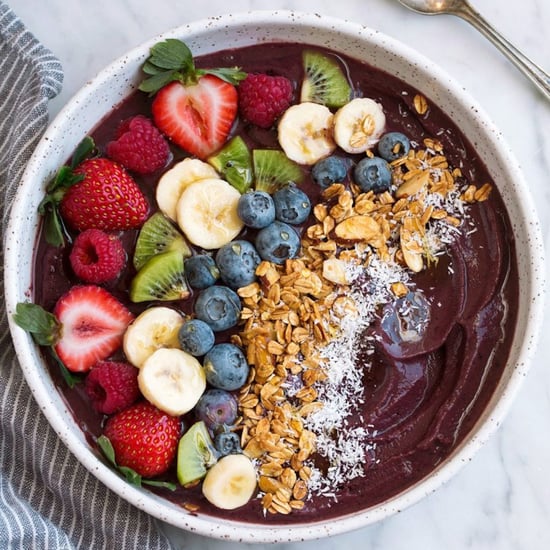