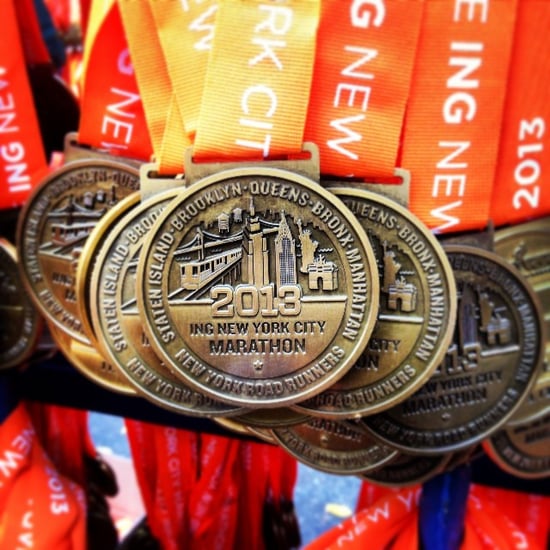 Congratulation to this year's New York City Marathon winners, Priscah Jeptoo and Geoffrey Mutai, both of Kenya. Clear, cool and windy weather greeted both the women's and men's elite pack, and each race was an inspiring and exciting watch.

Tigist Tufa Demisse and Buzunesh Deba, both of Ethiopia led the race early on, and by the half-marathon mark, had a  four minute lead over the rest of the women's elite pack, which included Jeptoo. Jeptoo began to make her move at mile 16, and by mile 20 had closed the gap between herself and the leaders to just over a minute; as each kilometre progressed Jeptoo continued her gain, taking second place from Tufa at kilometre 35. At kilometre 38, with cheers coming in loudly from Central Park, Jeptoo was able to take the lead from Tufa and maintain it until the end.

When commenting on her game of chase that took place over the course 12 kilometres, Jeptoo said it was a NYC marathon official who lit the fire by telling her she was more than three minutes behind the leaders. "I knew I could do it [catch up] and felt confident in my training and strength." Buzunesh Deba, who lives in the Bronx, placed second today with a time of 2:25:57; she also came in second place during the 2011 NYC Marathon. Jelena Prokopcuka of Latvia finished third with a time of 2:27:47. Keep reading for the men's results.

Unlike the women's race, the men's elite pack stayed as a group until about kilometre 32, at which point Mutai broke away. From then on, it became obvious that he would again win the title. "Winning your fist marathon is easy; it's defending your title that is challenging," Mutai said. American favourite Meb Keflezighi stayed steady in the men's pack early on but would eventually drop back to finish in 20th place. Ryan Veil was the top American finisher, placing 13th with a time of 2:13:23.

Workouts
If You Want to Get Chiseled Muscles, Trainers Say These Are the 9 Dumbbell Moves to Do
by Maggie Ryan 20 hours ago

Workouts
Kelsey Wells's Ab Workout Is Only 6 Moves, and It Will Leave Your Muscles Exhausted
by Tamara Pridgett 1 day ago

Workouts
I Did Barre Workouts For 2 Weeks, and These 10 Videos Helped Tone and Shape My Legs
by Kennedy Hill 2 days ago

Celebrity Fitness
I've Tried a Lot of Fitness Apps, and Chris Hemsworth's Might Be My Favourite
by Angela Law 2 days ago

Workouts
Tracee Ellis Ross Complaining to Her Trainer About Holding a Side Plank Is All of Us: "I Hate It"
by Christina Stiehl 3 days ago