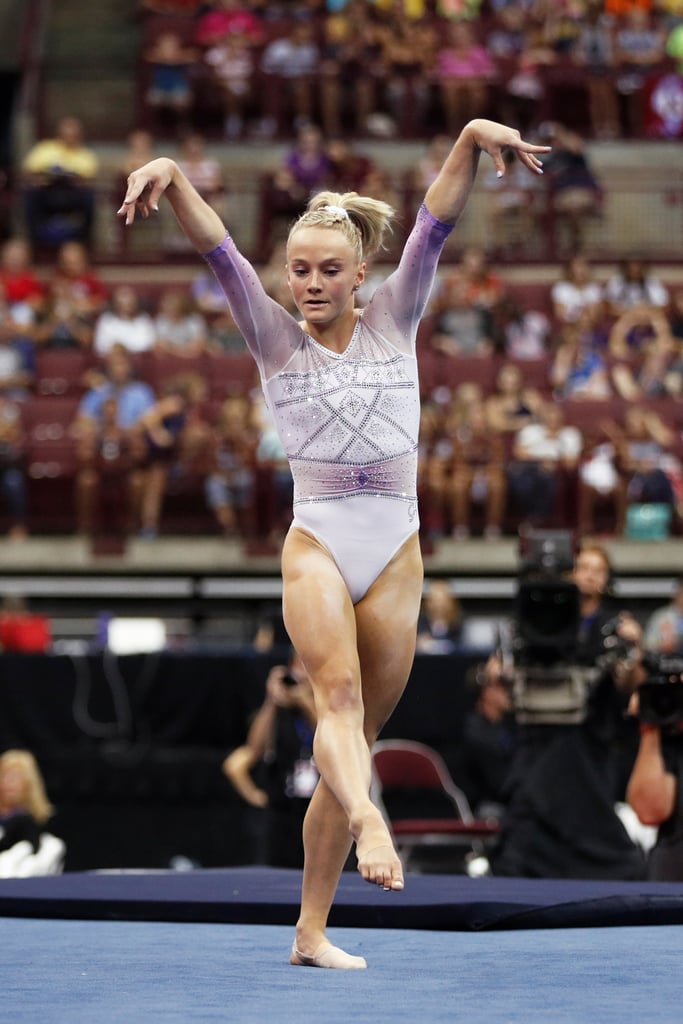 This Gymnast Did a Floor Routine Set to "This Is Halloween," and, Yes, It's Iconic

We're a sucker for binge-watching gymnastics performances set to unexpected music (see: Katelyn Ohashi's epic Michael Jackson-themed routine), so when 17-year-old gymnast Riley McCusker did a floor exercise routine to the tune of "This Is Halloween," we lost our cool on the spot. While competing in the US Gymnastics Championships in Boston, Riley flipped and twirled in a light-pink leotard while an instrumental version of The Nightmare Before Christmas song blared over the loudspeakers. Sure, it might seem a bit early to hop on the Halloween train, but as all-year-round lovers of the spooky holiday, we're big fans of her music selection.

Though this isn't the first time the Connecticut-born gymnast has used the Halloween-themed melody for a performance, it certainly got the people talking, as Twitter blew up with a flurry of funny reactions. "This will get me through to 2020," one user wrote of her routine, while another said, "We stan a spooky queen." So do we! Ahead, watch Riley's one-of-a-kind performance, and keep reading to see a handful of responses to her eerie song choice.