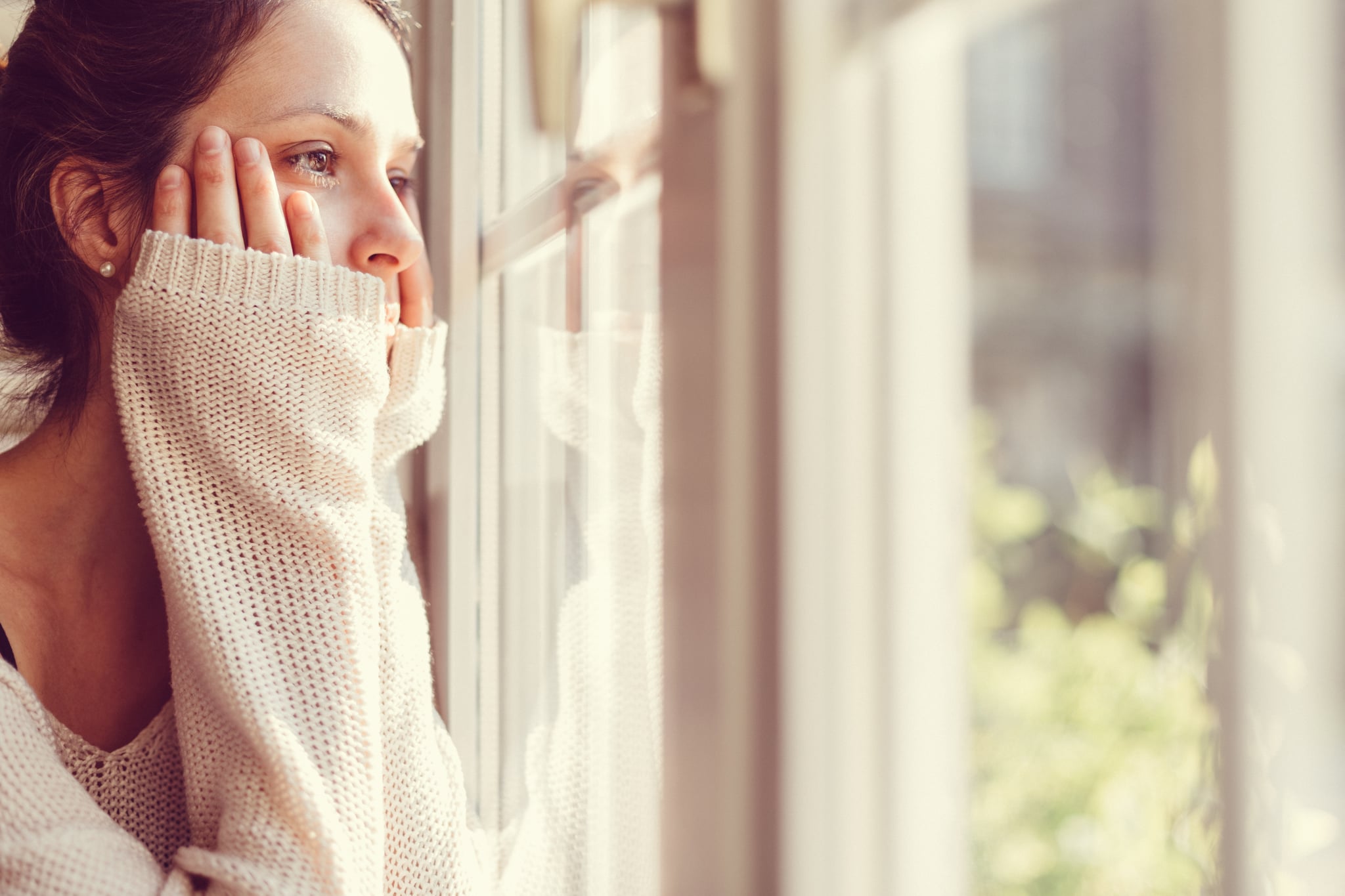 Imagine becoming a completely different person one week out of the month, every month. Everything changes — mood, outlook — all those mental and personality quirks that make you . . . YOU. It might sound intriguing. Exciting, even. Well, for some women, it's a nightmare.

Pretty much everyone knows what premenstrual syndrome (PMS) is, or they've at least heard of it. But there's a lesser known, more severe version: premenstrual dysphoric disorder (PMDD), which affects up to eight percent of women in their reproductive years, myself included. Symptoms can include anxiety, lethargy, severe mood swings, depression, restlessness, manic behaviour, and even thoughts of suicide or violence. There are also headaches, bloating, and the usual physical aches and pains that go hand in hand with the menstrual cycle, except on overdrive.

Related:
Why Digestion Is Messed Up During Your Period

At one point, I told my mum that I felt . . . mentally itchy. Compared to PMS, PMDD is a nightmare. One minute, you're happy. The next, you're crying. Next thing you know, you're in a rage and want to scream, shout, and rip someone's head off. The roller coaster is frightening.

I remember the day I realised something wasn't right. I was living in Mississippi with two of my three kids. My ex and my brother were both visiting us. It was a week before my period. I don't recall the details, but I know arguing with my brother sparked it. In a split second, I felt like someone flipped a switch in my brain. I don't remember exact details of the images and urges swirling in my mind, but I knew I had to get out. FAST. The violent thoughts racing through my head terrified me. I am not a violent person. I would never harm anyone (unless they threatened my children, which my brother did not). I took off, no destination in mind. A moment later, I pulled over, unable to see the road through the torrent of tears. I went from absolute rage to pure misery in the blink of an eye.

Scared to death that I was, quite literally, going insane, I called my mum, a licensed psychotherapist and my best friend and confidant. I remember my exact words, as if I'd spoken them five minutes ago. So does she.

"Mama, something is very wrong with me."

She calmed me down, and I went back home to a bewildered and concerned family. I still had no answers and no reason I'd left, at least nothing that I could put into words. The next few days were similar, but not quite as severe. When my period actually started, however, the roller coaster from hell just . . . stopped.

Over the following months, I researched, using symptoms as keywords. I knew there was something serious going on. I felt alone and scared. I began to dread the week before my period. Then, one day, I found something online. I discovered there was a name to what was happening to me every month: premenstrual dysphoric disorder. I sought out doctors who could diagnose me. I was right. I finally had a name for the monthly nightmare.

I began looking for personal accounts, but there were very few to be found then. Over time, my family learned just how serious it was, and we dubbed it "hell week." I likened it to a Jekyll/Hyde experience. I got to the point that I could tell when the switch was nearing. I warned my family, and they did all they could to avoid me (or at least avoid agitating me in any way) for about a week. After diagnosis, I started Prozac to help even out the wild mood swings. It was the only thing that helped, even if it was just a little bit. It didn't stop the wild swings, but it helped me feel a tiny bit less crazy. Eventually, the painful periods and the PMDD became too much. I had a complete hysterectomy.

Surgery isn't for every woman, though. The majority of doctors won't do it on a young woman. After three kids (and no desire for more), coupled with the PMDD and the pain, I insisted. My gynecologist didn't argue much, given those facts. Recovery was painful at times, but well worth it.

That was about four years ago. The PMDD is gone. The memories, the mental scars, however, remain. Now I see signs — frighteningly familiar signs — in my teen daughter. Her doctor knows my history, and I've made sure my daughter knows the symptoms. Going into menopause before the age of 40 has been interesting. It hasn't always been pleasant or easy, but surgery was the single greatest thing I've ever done for myself.

PMDD is frightening, but you don't have to suffer in silence. Research, talk to your primary care provider, your gynecologist, and your family. If your healthcare providers won't listen, find ones who will. Look for other women who have dealt with (or are currently dealing with) it. There are now many resources online, from forums to blogs to articles.

As for myself, I want to help other women struggling with PMDD. I've been there. I've been through the nightmare. I've advocated many things in my life (LGBT issues, women's issues, autism, animal welfare), but this one hits me hard in a way I can't explain. PMDD tore my life into pieces every month for years. If I can help just one woman get through her "hell week," it will have made the experience worth living. I'm not here to advocate surgery or any medication, and I'm not a medical professional in any shape, form, or fashion. I'm only here with a message for women suffering with PMDD: You are not going crazy. You are not alone. 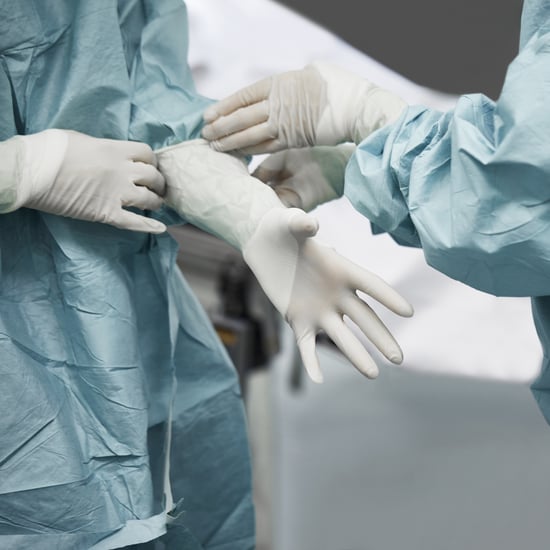 Coronavirus
We're Facing a Mental Health Crisis in Healthcare Workers, the Majority of Whom Are Women
by Jessica Zucker 2 days ago 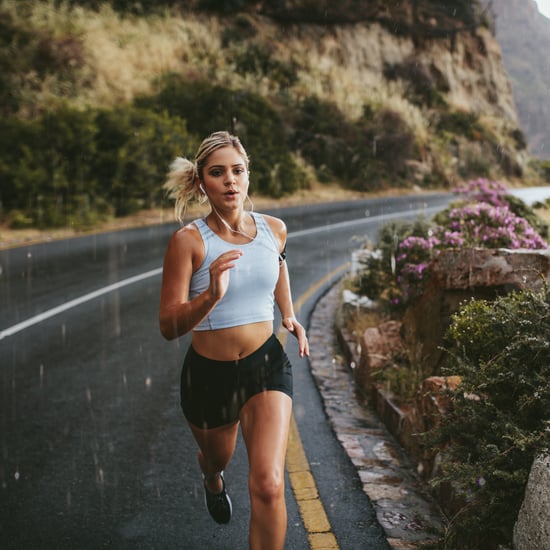 Running
If You Run to Clear Your Head, Nike's Guided Runs With Headspace Are the Perfect Companion
by Bree-Grant 15 hours ago