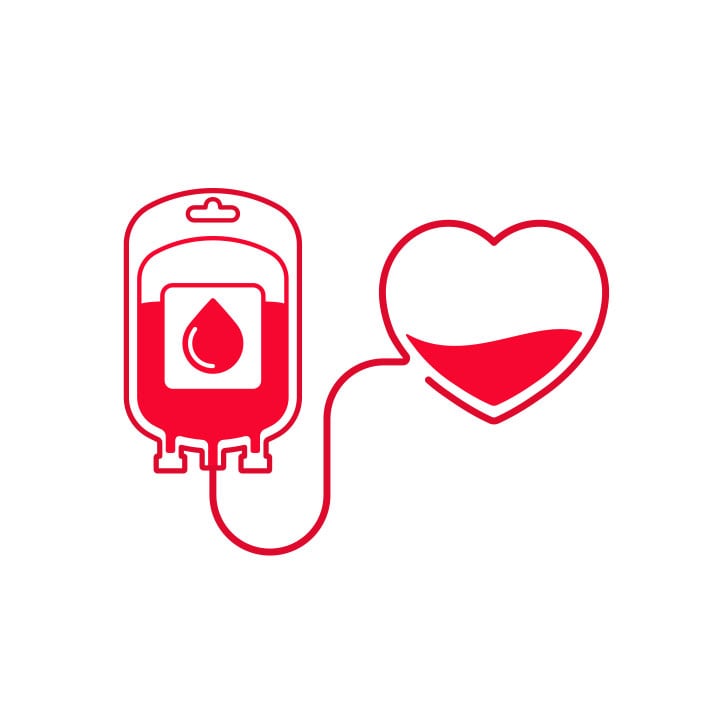 Giving Blood For the First Time? Here's Everything You Need to Know

I'm terrified of needles. When I was a little kid, I would scream so loud any time I had to get my vaccinations, the other kids in the pediatrician's office assumed I was being subjected to some type of medieval torture. So when my high school offered a blood drive, I balked. I wasn't about to subject my arm to more needles.

It wasn't until I got to college and joined a sorority, where we were highly encouraged to participate in the blood donation aspects of our Homecoming and Greek Week festivities, that I mustered up the courage to do it. It eased my nerves to have friends to donate with, but I had no idea what to expect. I ate an iron-filled meal beforehand, drank a bunch of water, and hoped for the best.

When I first donated, I squeezed the nurse's hand so tight, I thought she would be leaving with broken appendages. But I survived, and you know what? It wasn't even that bad. I could barely feel the needle going in, and if I didn't look at the bag getting filled with my blood, I could pretend like nothing was happening. Now, I make an effort to give blood whenever possible.

According to the American Red Cross, someone in the US needs blood every two seconds, and one donation can potentially save up to three lives. If you're thinking about donating blood (and you should!) or you're just curious about what it entails, read on. We spoke with Patty Corvaia, APR, external communications manager at American Red Cross Blood Services, who outlined everything you need to know before giving blood and what you should do before, during, and after. Read on to get prepared to give back to your community and potentially save lives.

Related:
Your Blood Type Holds a Lot of Information — Like What You Should Be Eating
Previous Next Start Slideshow
Join the conversation
Healthy LivingPopsugar InterviewsCharity
More from POPSUGAR
From Our Partners
Related Posts