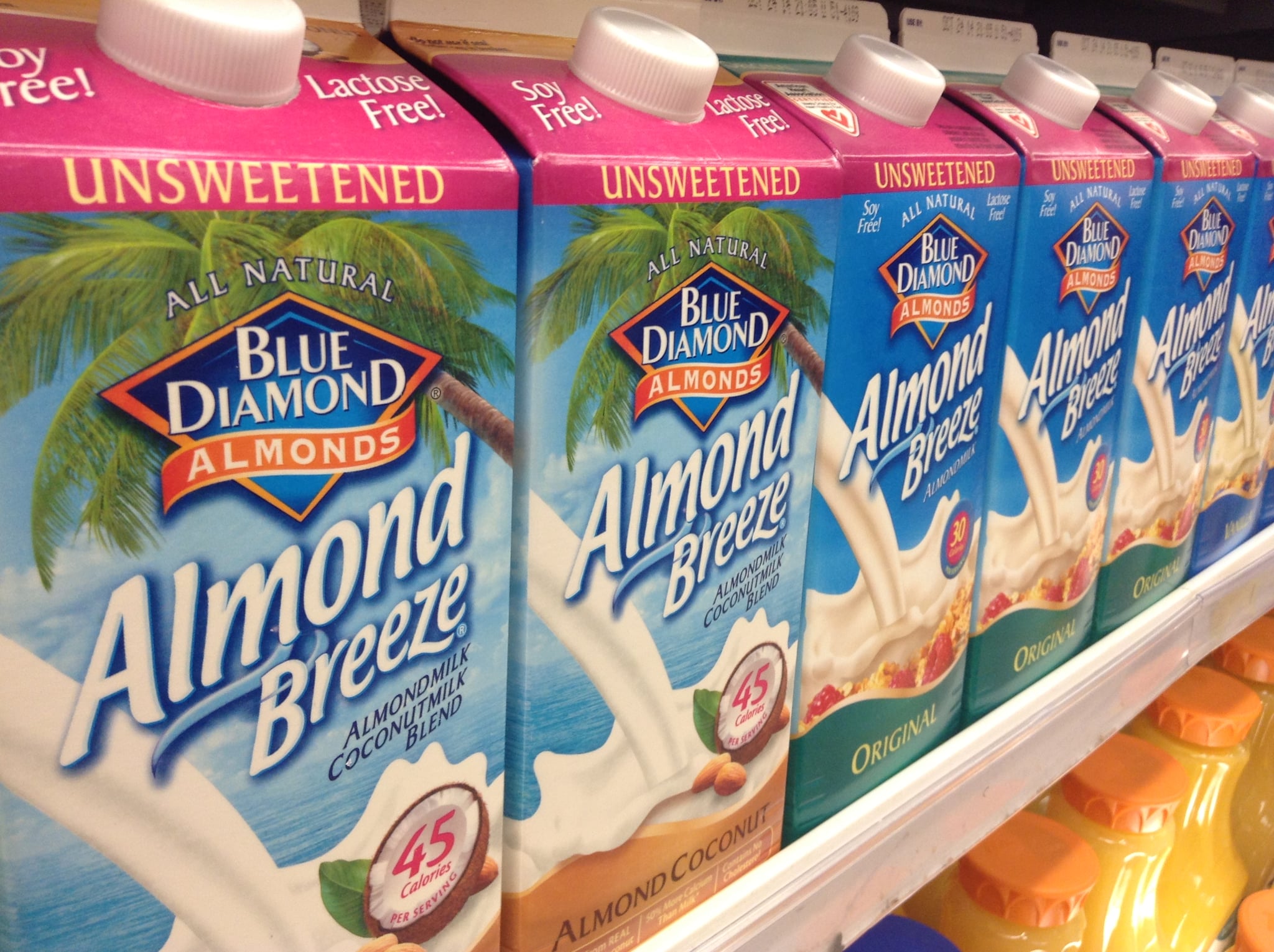 Most almond-milk-lovers know that the product they buy in supermarkets isn't made with 100 percent real almonds. So just how much of the nut do popular brands like Blue Diamond Almonds use? Apparently, not much. In a new class-action lawsuit filed in southern New York, Tracy Albert and Dimitrios Malaxianis argued that the company Blue Diamond Growers, whcih is available in Australia, falsely advertised its Almond Breeze drink as being primarily made from almonds, when in reality, the milk most likely contains only two percent almonds. The rest is made mostly from water, sugar, carrageenan (a seaweed-based ingredient widely used for thickening), and sunflower lecithin. The lawsuit noted that "upon an extensive review of the recipes for almond milk on the Internet, the vast majority of the recipes call for one part almond and three or four parts water, amounting to 25-33% of almonds." The suit also argued that the phrase "made from real almonds," coupled with photos of almonds on the milk's package, misleads consumers into thinking Almond Breeze contains a higher percentage of the nut. While Blue Diamond doesn't share the amount of almonds used in Almond Breeze in the US, the ingredients list for Almond Breeze in Australia and UK Almond Breeze shows that it is just two percent almonds, a detail cited in the lawsuit. As the New York lawsuit continues on, Almond Breeze drinkers may want to stop purchasing the milk in exchange for making their own. This easy, all-natural recipe — which uses real almonds (about 1 1/2 cups) — has no processed ingredients, so you can be sure it's healthier than any store-bought alternative.

Healthy Living
Dance, Groove, and Burn Calories With These 30-Minute Dance Workouts on YouTube
by Sydni Ellis 18 hours ago