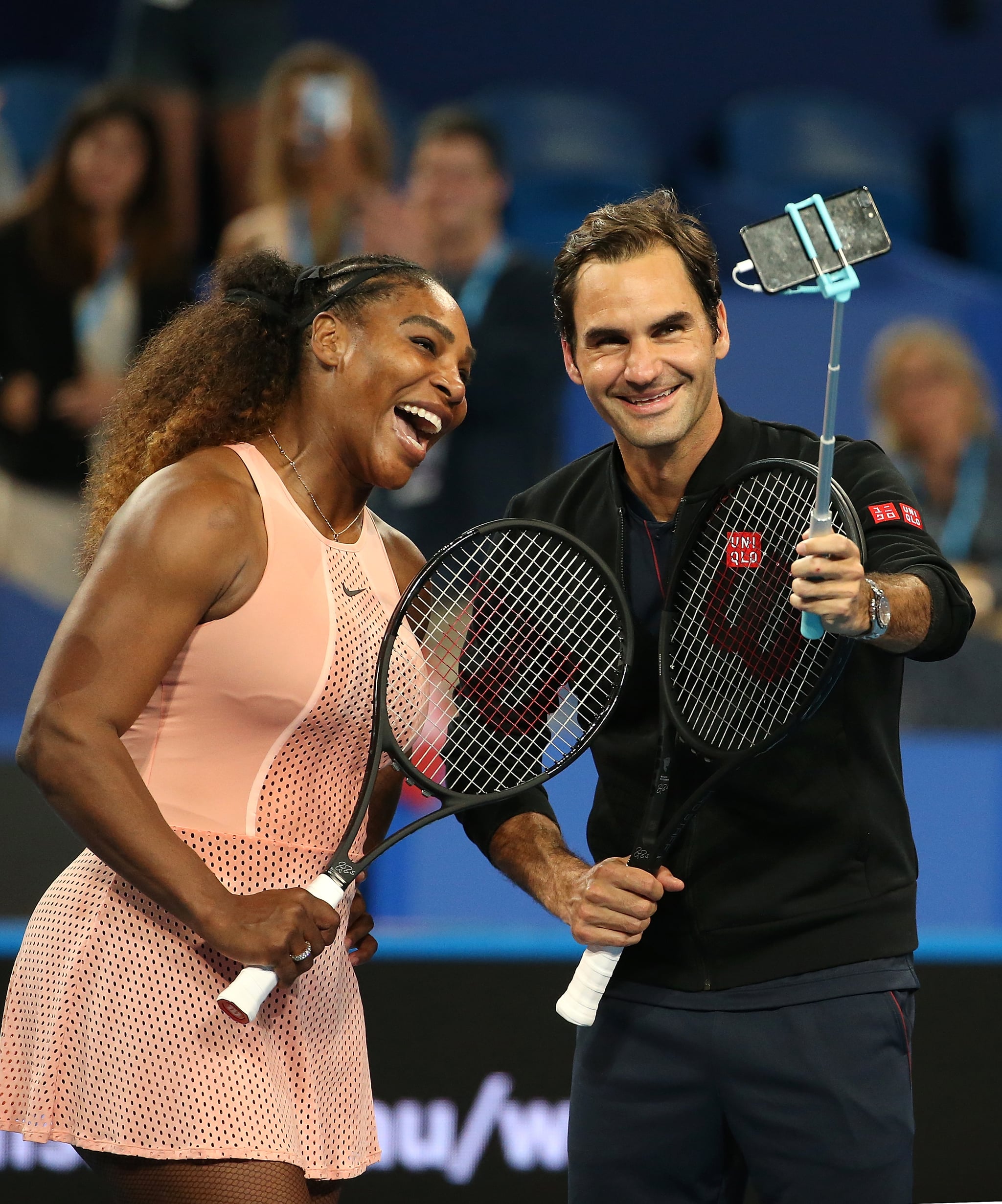 Serena Williams and Roger Federer are in the finals at Wimbledon, where one could become the oldest, most legendary tennis player to win a Grand Slam. Talk about history in the making.

Even if she doesn't claim the title, Serena has already set a record at this year's tournament. After defeating Barbora Strycova in the semi-finals on Thursday, Serena became the oldest female Grand Slam finalist in history. At 37 years, 291 days old, she surpassed the previous record-holder, Martina Navratilova, who was 37 years, 258 days old when she made it to the women's singles final at Wimbledon in 1994. Should Serena win the championship, she'll eclipse her own record. She's already the oldest woman to win a Grand Slam title: Serena was 35 years old — and pregnant with her daughter Olympia — when she won the Australian Open in 2017.

However, with a win at Wimbledon, Serena could carve out yet another place in history, becoming the oldest Grand Slam champion ever, for both men and women. That distinction is currently held by Ken Rosewall, who was 37 years, 67 days old when he won the Australian Open in 1972. There's only one more athlete who could stand in her way: her friend and one-time competitor, Roger. He's roughly six weeks older than Serena, at 37 years, 338 days old. If he were to take the title, Roger would become the oldest winner of any Grand Slam event in history, in addition to becoming the oldest to claim a men's singles title. Incredibly, he isn't the oldest male finalist — Ken made it to the championship round of the U.S. Open in 1974, when he was nearly 40 years old.

In recent years, the top tier of men's tennis has been dominated by a trio of thirty-somethings: Roger, Rafael Nadal (age 33), and Novak Djokovic (age 34). On the women's side, though, younger players have been taking the lead, with twenty-somethings such as Naomi Osaka (age 21) and Garbiñe Muguruza (age 25) making a splash. It's a testament to the incredible talent of Serena and Roger that they've managed to stay on top of the game for so many years — and clearly, they're not done.