You accidentally walk into the corner of your coffee table and the next day there's a huge bruise on your leg. Or maybe bruises show up and you don't even remember hurting yourself. Bruising with the slightest bump doesn't mean you have a serious health problem, especially if your bruises tend to be small and don't show up often.

A bruise develops when small blood vessels under the skin tear or rupture. Blood leaks into tissues under the skin and causes the oh-so-attractive black and blue color. They can also become bumpy, which is called hematoma, which happens when blood collects and pools under the skin. As bruises heal (usually within two-four weeks) they often turn all colours of the rainbow, including purplish-black, reddish-blue, or yellowish-green. Sometimes the area of the bruise even spreads down the body in the direction of gravity. A bruise on a leg usually will take longer to heal than a bruise on the face or arms.

A tendency to bruise easily sometimes runs in the family, so you might have inherited this trait from one of your parents. Women bruise more easily than men, especially from minor injuries on the thighs, upper arms, and butt. The amount of fat covering your body may also play a part — if you don't have much, there's less cushioning protection, so bruises will appear with the slightest knock. If you notice more bruises now than you did several years ago, it could be due to all those hours spent outside without sunblock, as sun-damaged skin causes blood vessels to break more easily.

Sudden unexplained bruises, bruising that happens frequently, or bruises that don't go away after a month, could be a sign of a health issue, such as an infection or a vitamin deficiency of B12, C, or folic acid, so if you're concerned about it, it's best to make an appointment with your doctor.

Healthy Living
I Ditched My Fitness Watches During the Pandemic, and I Might Keep It That Way
by Maggie Ryan 16 hours ago

Healthy Living
Bala Just Launched Bala Bars, and These Mini Weights Are a Great Addition to Your Home Gym
by Tamara Pridgett 23 hours ago

Healthy Living
Here’s How Ginger Can Help With Migraine Symptom Relief, According to a Doctor
by Victoria Moorhouse 1 day ago

Healthy Living
From Bandanas to DIY Masks, This Is How Effective Your Face Covering Is, a Study Says
by Maggie Ryan 1 day ago

Yoga
When You Need a Moment of Calm in Your Yoga Practice, Turn to These 3 Poses
by Victoria Moorhouse 3 days ago 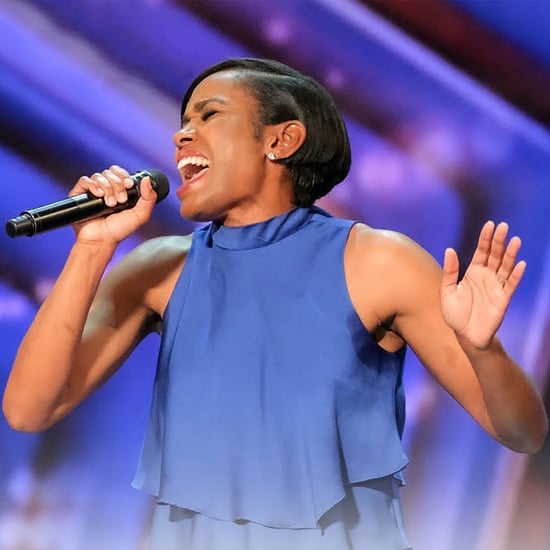