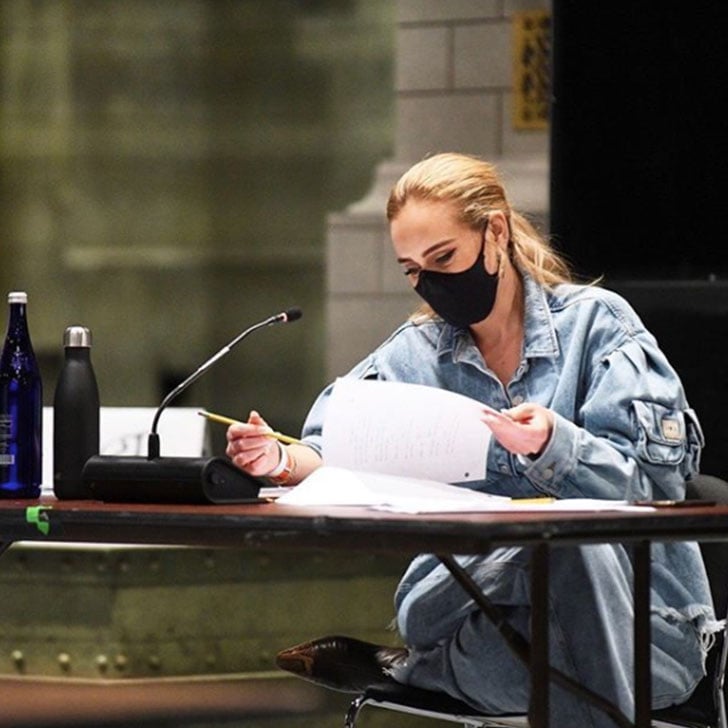 Adele Talks About Her Recent Weight Loss on SNL — "I Know I Look Really, Really Different"

Over the weekend, Adele stepped onto the Saturday Night Live stage to host her first-ever episode. The 32-year-old singer started by thanking the show for helping launch her career after she first performed on SNL back in 2008. Before revealing why she was back to host this time and not just perform.

"My album's not finished, and I'm too scared to do both. I'd rather put on some wigs, have a glass of wine or six and just see what happens," she said during her opening monologue.

She then when on to acknowledge her recent weight loss, which sent the internet into meltdown back in May.

"And I know I look really, really different since you last saw me. But actually, because of all the COVID restrictions and the travel bans, I had to travel light — I could only bring half of me, and this is the half I chose," she said, to cheers and laughter from the audience.

A week ago she revealed that she would be hosting SNL via an Instagram post, "Bloooooody hellllll I'm so excited about this!! And also absolutely terrified!", the post began.

"My first ever hosting gig and for SNL of all things!!!! I've always wanted to do it as a stand alone moment, so that I could roll up my sleeves and fully throw myself into it, but the time has never been right. But if there was ever a time for any of us to jump head first into the deep end with our eyes closed and hope for the best it's 2020 right?", she continued.

"It'll be almost 12 years to the day that I first appeared on the show, during an election . . . which went on to break my career in America, so it feels full circle and I just couldn't possibly say no!"

Aside from publicly addressed her weight loss for the first time, Adele also delivered a hilarious bachelor skit, wore a chic off-the-shoulder black dress, and sang a mashup of her biggest hits.

Scroll to watch some of the best bit from Adele hosting SNL. 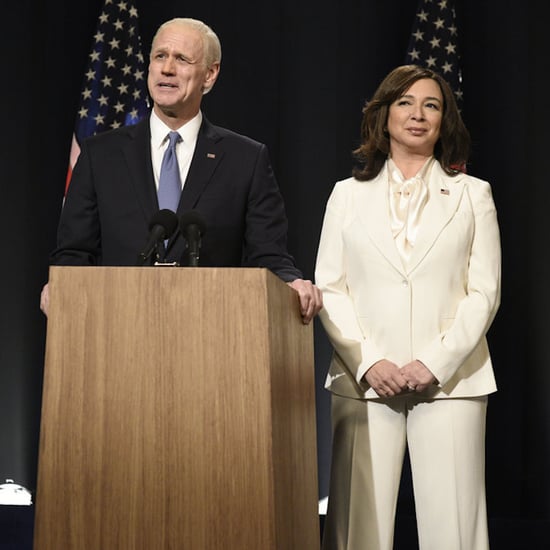 Skepta
Not So Fast! Adele Says She's Single Amid Those Skepta Dating Rumours
by Monica Sisavat 29/10