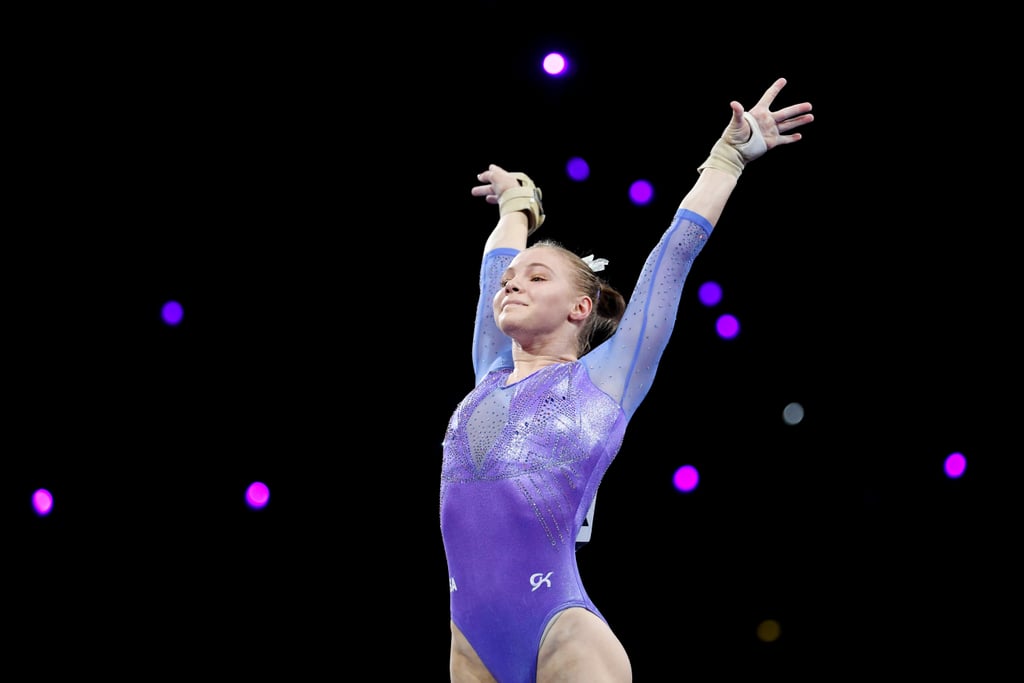 Elite gymnast Jade Carey has already qualified for the Tokyo Olympics as an individual — and she said she's excited for the opportunity but is still interested in earning a spot on the four-person team. To prepare for the games, she's perfecting her routines (like her new floor routine that she competed in Australia earlier this year) and making small upgrades to skills on bars and beam specifically.

At least once a week, Carey and her teammates do an ab circuit at gymnastics practice that consists of about 25 different exercises. All of them are core-focussed moves done lying on the ground. "It's pretty quick, but it's still pretty hard and a good workout," she told POPSUGAR. Keep reading for six of those exercises — they are bodyweight but will bring the heat for sure (trust me, I know from being in the sport for over a decade). Most of them are based on a basic hollow position crucial for swings on bars and certain tumbling passes.

The following exercises aren't designed to be completed as a single workout, it's just a list of exercises to try. Extra props if you point your toes!

Workouts
Missed a Couple Workouts? A Trainer Explains Why You Shouldn't Try to Make Up For It
by Kacie Main 4 days ago