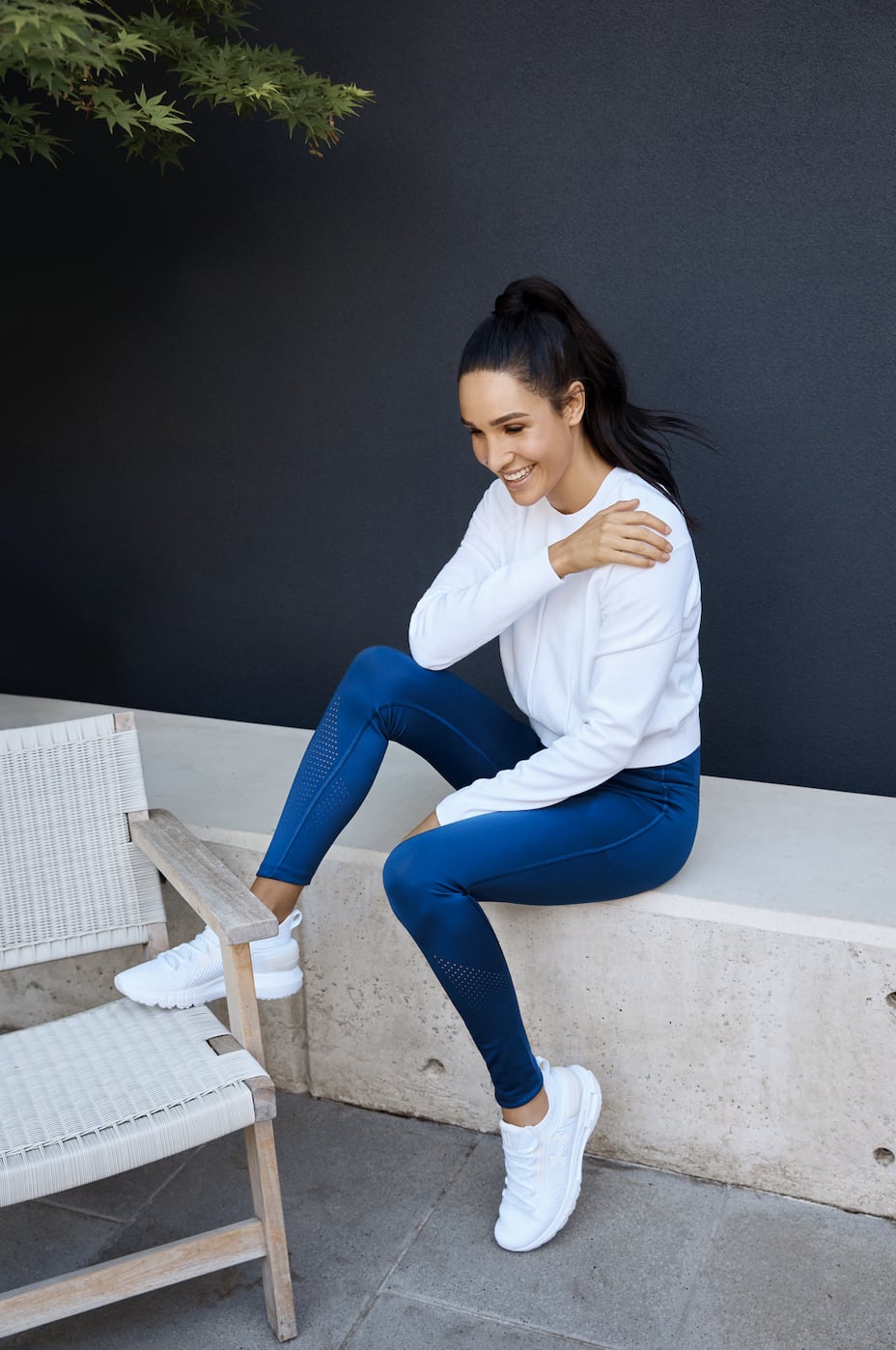 It's common that when trainers hear "women" and "gym," they, on instinct, talk about how women shouldn't be afraid to lift. In fact, we spoke to Katie Crewe, CSCS, in a past interview, who specifically said that women generally don't work their arms enough. And a number of trainers have debunked the myths that weightlifting will get you bulky right off the bat — purposely bulking up is extremely hard to do — and that women need different equipment than men. They don't.

Kayla Itsines, SWEAT app founder and creator of the popular BBG programs, absolutely wants women to lift weights, but there's something else she urges them to do first. When asked what they should practice more of at the gym, Kayla told POPSUGAR that core stability and postural work are a huge part of fitness that they could be missing. She explained that "taking it back to the real basics in building the foundation" is important. Note: a strong core can manage back pain and keep your form intact while doing a variety of weighted exercises.

Kayla used the example of a house: "If you don't lay the foundation, what's going to happen?" Well, it'll crumble. Working on that foundation first, starting with the basics, and then building the house — aka muscle — is the best way to prevent injury. Kayla knows this from her own recent journey regaining strength after giving birth to her daughter, Arna, in April 2019. Kayla talks more about the process in detail here, but she was cleared seven weeks post-delivery by her doctor and began doing foundational work to prime her core and movements focussed on posture. Then, she eased her way back into her own BBG workouts and lifting weights. She started at beginner level post-baby, but now, through a slow progression, she's back to where she used to be.

"When you say, 'women' and then 'exercise,' trainers want to empower women to not be scared in the gym," Kayla said. "I think maybe if you asked me that a few years ago I would've probably said the same thing, but now that I've done all of this, and being a trainer for 10 years, I have the experience to say 'build that foundation before going into lifting weights.'" She advised ensuring that you can lift the correct way without injuring yourself prior to picking up the heavy dumbbells, and core stability is key for that.

Kayla recommended doing a lot of planks, side planks, and mobility work (transferring balls from side to side, for example), as well as band pull-aparts for posture. It's also important to take care of your body after workouts, especially due to the fact that it's common for people to slouch while sitting (thank you, desk jobs!). "A lot of women come to me like, 'My back's sore,' or 'My this is sore, my that is sore.' It's actually because the muscles are supertight," Kayla said.

Foam rolling your traps and your chest can alleviate that pain, she explained. And, along with foam rolling, stretching and targeting your core will help, too (here's a good place to start). "Building that strength [and] doing all those exercises helps correct posture, and then you're able to complete exercises and not feel so sore," Kayla said.

Moral of the story? Trainers who encourage weightlifting are completely in the right. Muscles are the very thing that keep you moving and they can bring all the confidence in the world — if you're new to strength training, here's a four-week plan — but don't build your house before making sure the foundation is solid enough to hold up the walls.

Related:
If You Have a Weak Core, Trainers Say These Are the 12 Strength Moves You Need to Do, Stat
Image Source: SWEAT / Stuart Miller
Join the conversation
WorkoutsKayla ItsinesBeginner Fitness TipsInjury PreventionPopsugar Interviews
More from POPSUGAR
From Our Partners
Related Posts

Running
She's a Professor and Black Girls Run Ambassador, and This Is Her Workout Routine
by Maggie Ryan 2 days ago 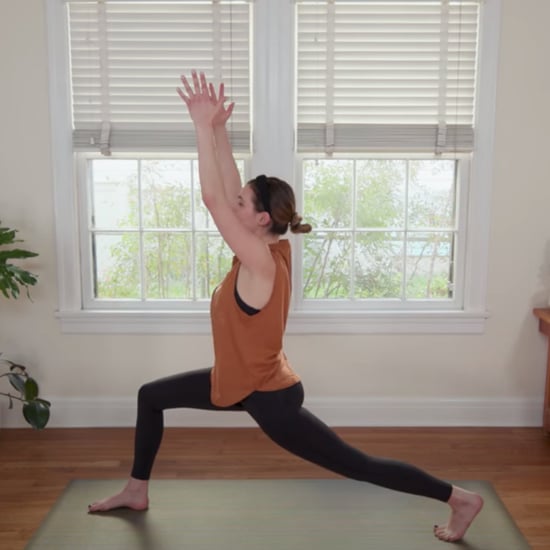 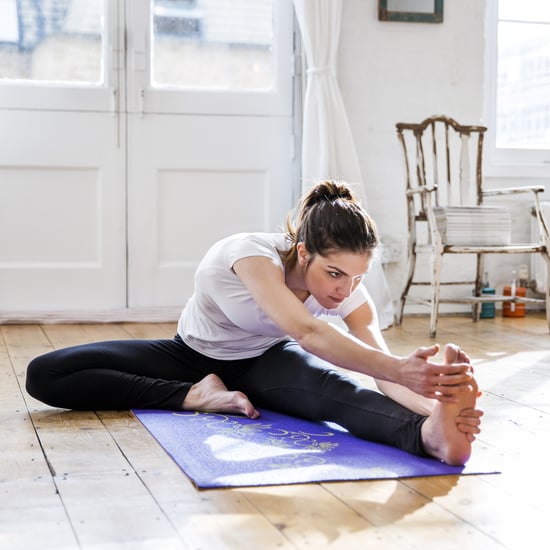 Workouts
The 4 Best Moves to Improve Your Flexibility at Home, According to a Trainer
by Colleen Travers 1 day ago 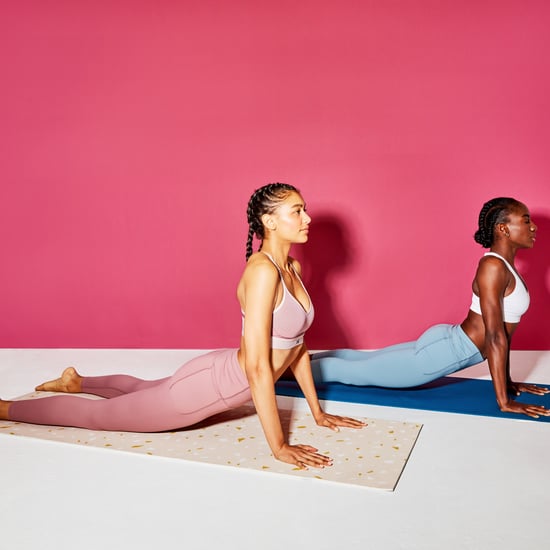