Kumail Nanjiani is ready to show off his superhero transformation. The 41-year-old actor has been prepping for his role in Marvel's Eternals, and with the help of fitness professionals, he's gotten to a point where he wants to show off his progress. On Monday, Kumail posted a couple of shirtless snaps on Instagram, but he didn't sugarcoat how he got those incredible results.

"I never thought I'd be one of those people who would post a thirsty shirtless [photo], but I've worked way too hard for way too long so here we are," he joked in the photo's caption. "You either die a hero, or you live long enough to see yourself become the villain. I found out a year ago I was going to be in Marvel's Eternals and decided I wanted to transform how I looked."

While many stars might've played coy about their physical changes, Kumail was transparent about the efforts (and resources) it took to make a change. "I would not have been able to do this if I didn't have a full year with the best trainers and nutritionists paid for by the biggest studio in the world. I'm glad I look like this, but I also understand why I never did before. It would have been impossible without these resources and time."

He proceeded to thank trainer Grant Roberts, "who started working with me at the beginning of the year and made me understand true physical pain for months and months," as well as David Higgins and his team, "for training me almost every day and making me strong, limber and injury free." Kumail also credited Matthews Street Catering "for their delicious and healthy meals," and gave a huge shout-out to his wife, Emily Gordon, "for putting up with me complaining and talking about only working out and dieting for the last year."

Emily expressed her pride in Kumail's hard work on Twitter, and wrote, "My husband works hard for every role he takes, but he's worked hard in many new ways for this one. I'm so proud of him. I always have been." And if you think this transformation has taken him over, don't worry. "We spent the majority of this past weekend playing Borderlands 3 so don't think he's changed too much."

Celebrity Fitness
Serena Williams's Intense TikTok Workout Is a Reminder That She's the GOAT, No Question
by Karenna Meredith 3 hours ago 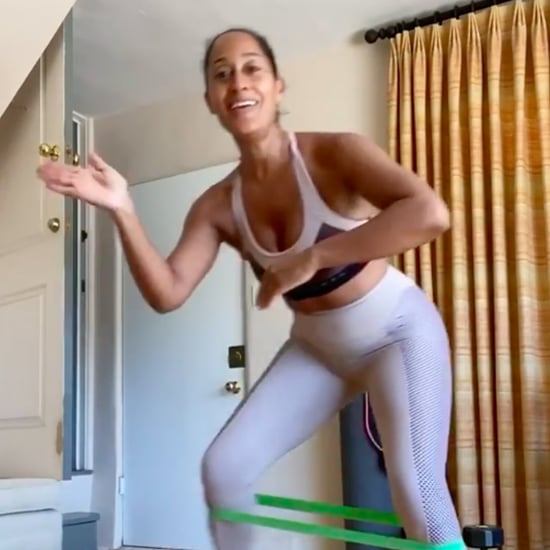 Russell Wilson
Ciara and Russell Wilson Celebrate 4 Years of Marriage: "I Am Forever Changed"
by Kelsey Garcia 5 days ago