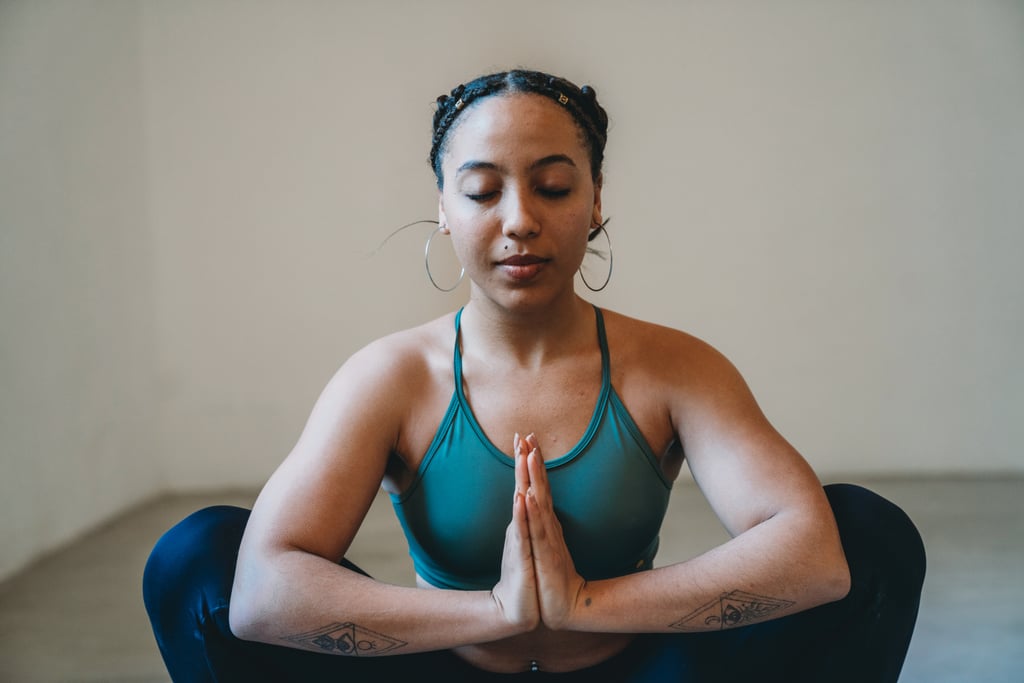 Why Is Yoga Good For Anxiety?

Yoga and meditation actually "help to restructure your brain," said Ashley Watson, MSW, LCSW, a psychotherapist and Kundalini yoga instructor. Two of the brain structures yoga impacts are the amygdala, which Watson described as "our reptilian brain, our fight or flight response," and our prefrontal cortex, which deals with focus, memory, and problem-solving. Yoga and meditation, she explained, help to minimize the amygdala and "expand and rewire the prefrontal cortex," grounding you and calming those urgent feelings of anxiety. "Meditation widens the gap between what you think, how you feel, and how you're going to react," Watson said.

It's an effective complement to other forms of treatment, such as therapy. While therapy "works from the outside in," easing anxiety by talking and receiving feedback from someone else, "yoga and meditation work from the inside out," Watson explained. "Yoga and meditation are healing you on a physical and emotional level, where you don't have to talk, you just have to engage in a practice and the healing naturally follows."

And on a fundamental level, yoga "gets you in touch with your body," said Katie Heeran, LMFT, RYT, a licenced therapist and registered yoga teacher. "When we're in a state of anxiety, people will describe it as feeling ungrounded. With yoga, you really work at grounding, rooting, and getting connected to the physical body." That physical focus can distance you from the chatter of your mind and help you feel calmer and more fully present.

Healthy Living
From HIIT to Yoga, Here's How to Work Out, According to Your Menstrual Cycle
by Lauren Pardee 11 hours ago

Healthy Living
When I'm Feeling Overwhelmed With Anxiety, I Remember These 3 Words From My Therapist
by Ashley Broadwater 22 hours ago