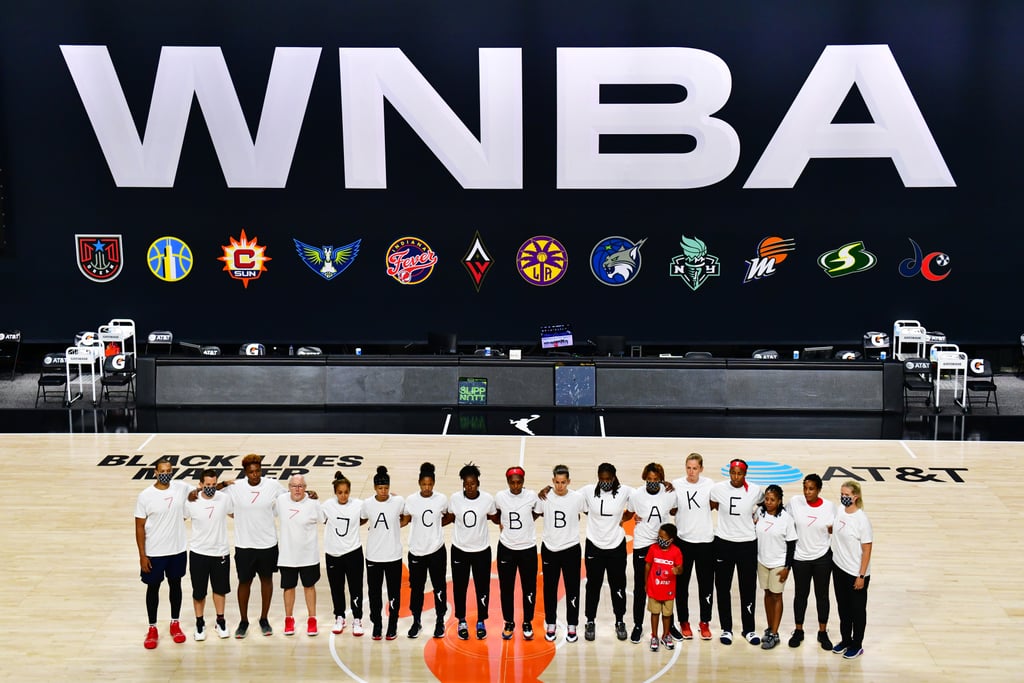 Just a Reminder: the WNBA Has Been Leading the Social Justice Charge For Years

The events of Aug. 26 were a long time coming. After the police shooting of Jacob Blake three days prior, which left him paralyzed from the waist down, the Milwaukee Bucks of the NBA made the decision to sit out their playoff game against the Orlando Magic. That choice started a ripple effect throughout the sports world: all six playoff games scheduled for Aug. 26 and 27 were postponed as NBA players met to determine the fate of the season; the Milwaukee Brewers, taking their cue from the Bucks, chose to strike their own game against the Cincinnati Reds, followed soon after by the Seattle Mariners (playing the San Diego Padres) and the Los Angeles Dodgers (playing the San Francisco Giants). NFL practices were cancelled. Five MLS games were postponed.

Much of the attention has been given to the NBA, and understandably so; the league started the strike and has emerged as a powerful voice for racial justice. But as this momentum builds, let's not forget where the lion's share of the work has been done over the past few years: the WNBA.

The WNBA made one of the strongest and fiercest statements yesterday. Even before deciding to postpone their three scheduled games, players arrived wearing shirts that spelled out Jacob Blake's name. Each was painted with seven bullet holes in the back to represent the number of times Blake was shot. When the decision was made to strike, Atlanta Dream centre Elizabeth Williams came to the centre of the court to read out a powerful statement from the players. "What we have seen over the last few months, and most recently with the brutal police shooting of Jacob Blake, is overwhelming. And while we hurt for Jacob and his community, we also have an opportunity to keep the focus on the issues and demand change." They proceeded to kneel, lock arms, and raise their fists as the national anthem played.

The NBA's voice is urgently needed in this fight, but with all due respect, it's the WNBA that has been at this for a long time. As early as 2017, as President Trump was castigating NFL players for kneeling during the anthem, entire WNBA teams were taking a knee or even walking off the court while "The Star-Spangled Banner" played. The year before, three teams were fined for wearing Black Lives Matter shirts, then fought those fines until they were dropped, raising public awareness in the process.

WNBA teams have hosted town halls on race and spoke with civil rights leaders like the late Representative John Lewis. And all of that was before this season, which the league dedicated to racial justice and the #SayHerName movement following the deaths of George Floyd and Breonna Taylor at the hands of police. Some players even opted to sit out the season altogether to further this work. And let's not forget that, according to WNBA Players' Association President Nneka Ogwumike, WNBA players stand to lose more financially, relative their NBA counterparts, by skipping these games.

The WNBA was one of, if not the first league to show this kind of collective, meaningful action for racial justice, and these players have paved the way for the movement we're seeing today in men's pro sports. All of these voices are needed in this fight, but credit where credit is due: WNBA players have been leaders for years. As WNBA All-Star and WNBAPA vice president Chiney Ogwumike has said, "it's in our DNA."

Ahead, meet just a few of the many WNBA players who continue to lead the movement for racial justice, and who are taking the next steps as we speak.

Breonna Taylor
ESPN's Malika Andrews Emotionally Reacts to the Breonna Taylor Ruling: "That Could've Been Me"
by Perri Konecky 5 hours ago

black lives matter
Only 1 Officer Is Charged in Breonna Taylor’s Case, but It’s Not For Her Murder
by Perri Konecky 1 day ago

The Playbook
The Playbook: José Mourinho Isn't Afraid of a Public Feud, but His Players Stand by Him
by Amanda Prahl 1 day ago

The Playbook
The Playbook: What Happened Between Jose Mourinho and Anders Frisk?
by Jenny Sugar 2 days ago

The Playbook
Patrick Mouratoglou Is Serena Williams's Coach, but Did You Know He Also Coaches These Tennis Standouts?
by Tamara Pridgett 2 days ago
Latest Health & Fitness
×