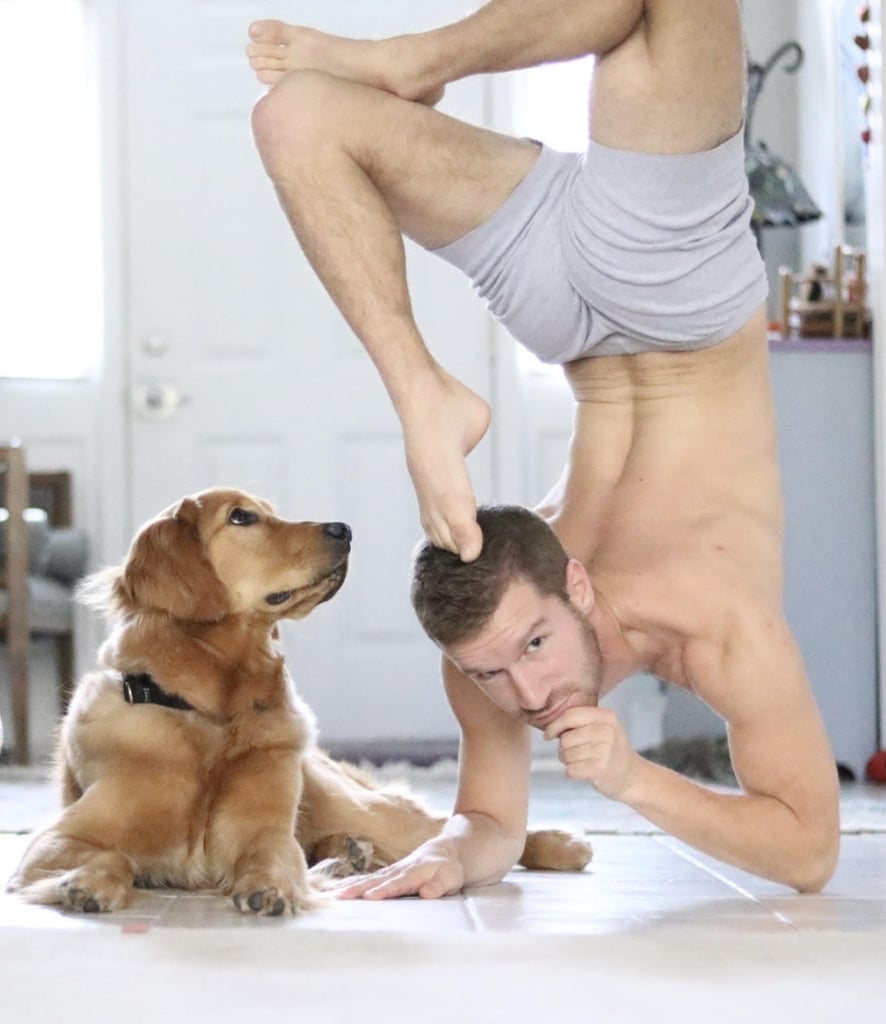 Ever since Sam Gach got Ella, his adorable Golden Retriever, two years ago, he noticed she loved to join in on (but mostly interrupt) his yoga sessions. Sam has been practicing yoga for over half a decade because of the physicality of it and also because of its mental health benefits, he told POPSUGAR. Now, he's an instructor — and he has a fluffy friend to keep him company during flows.

Ella loves riding in cars, playing fetch, going on walks — she loves almost everything except for rubbish bins and vacuum cleaners, according to Sam. This includes jumping all over him when he's mid-handstand or in downward dog. Sam started posting videos of himself and Ella doing yoga together, and right away the response was overwhelmingly positive. (For instance, one TikTok he posted last November racked up over two million views.)

"I had already been sharing my yoga practice for a while and was known for that on social media and really had always tried to share my life in a genuine and honest way," Sam, who has 137,000 followers on Instagram, said. "So when Ella became a part of my life, it was only right for her to become a part of my social media. I also just knew in my heart that it was something the world needed to see." We so agree!

Ahead, check out adorable footage of Ella butting in on Sam's yoga sessions — and incredible ones at that. Ella has grown a lot since her puppy days, and you'll see that through her ripe old age of 2 she still loves herself some Namaste time!

Related:
This English Bulldog Working Out With His Owner Is the Only Gymspo We Need Today
Previous Next Start Slideshow
Join the conversation
YogaWorkoutsGolden RetrieversPopsugar InterviewsDogsSocial Media
More from POPSUGAR
From Our Partners
Related Posts