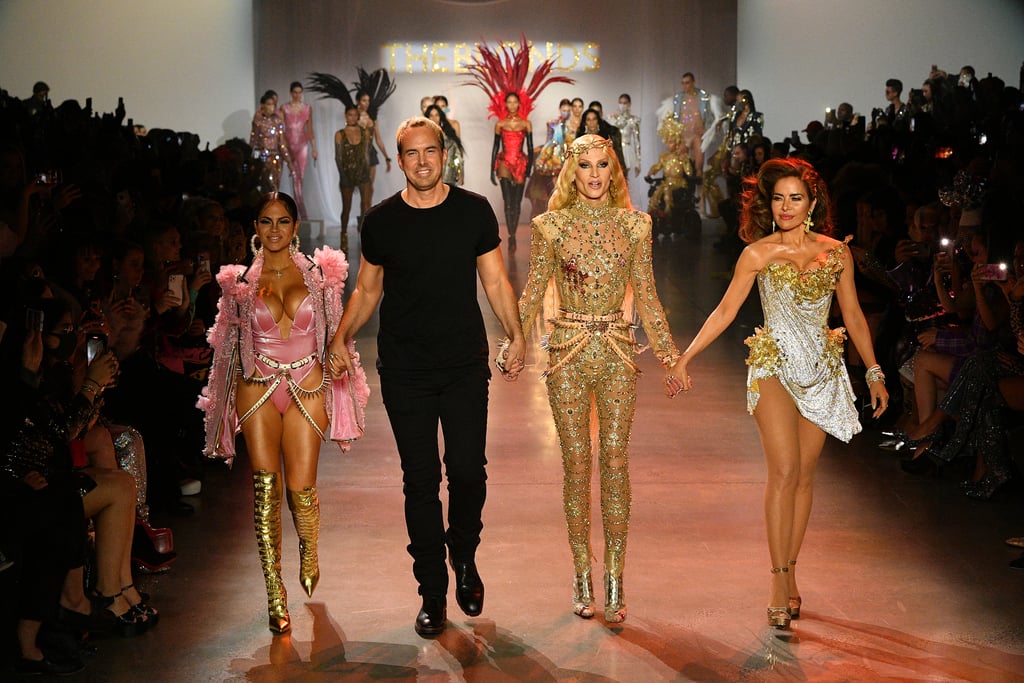 Natti Natasha and Gloria Trevi Walked The Blonds' Show, and That's All We Needed This NYFW

I am still speechless after witnessing both Natti Natasha and Gloria Trevi walk The Blonds' New York Fashion Week show. I loved the fact that they represent two different generations of women in Latin music, two genres, two styles, two nationalities — Dominican and Mexican, respectively — yet they both represent la mujer Latina.

It's not a surprise to see Latinas making an appearance at this fashion show. After all, Phillipe Blond, one-half of The Blonds, is a self-called "Nuyorican," and during their show back in September of last year, Puerto Rican model Denise Bidot graced the runway in what she called "the corset of my dreams."

The Blonds are known for pushing boundaries, "creating collections that are glamorously over the top with a rebellious twist that cater to the entertainment industry." They're inspired by music, film, and art, and some of their clients include Beyoncé, Nicki Minaj, Camila Cabello, Becky G, Thalía, and Jennifer Lopez, to mention a few.

After seasons of extravagant shows reimagining Disney villains and interpreting Moulin Rouge costumes, The Blonds presented their Fall collection inspired by the idea of fashion as religion. "We wanted to have this sort of idea of symbols and icons that we feel inspire us, make sense and what the future holds too," David Blond said. "So it's all kind of clashing together."

David Blond added that their intention in fashion was to push boundaries beyond the average pret-a-porter fare. "What we like to do is something that really borders on fantasy and reality," he said. "It's a combination of costume and fashion. There really isn't a way to define it because for our clients, this is their work wardrobe . . . It's not for the average person."

That's why both Natti and Gloria were the perfect models. Natti is the number one Latina artist of the moment. She's sexy and edgy, and she loves pushing boundaries and experimenting with outfits that accentuate her curves and shine as bright as her.

Meanwhile, Gloria has had the most epic comeback in Latin music history. She rebuilt her fan base from scratch and has been able to expand it and maintain her relevance. She continues to reinvent herself, and time doesn't seem to be a concept for her, as each year that goes by, she looks even better.

Keep scrolling to see just how incredible Natti and Gloria looked at The Blonds' NYFW show. 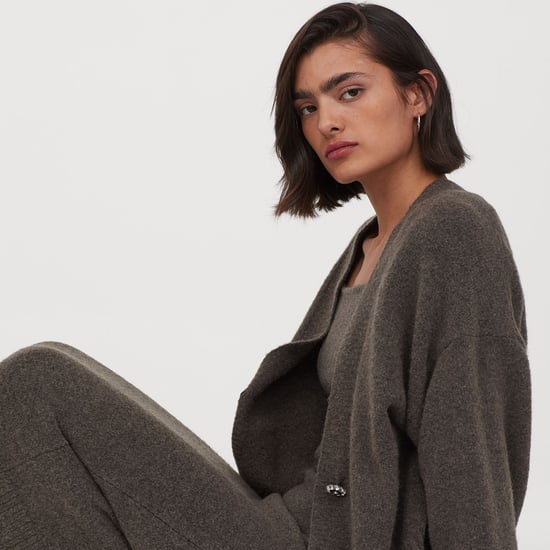 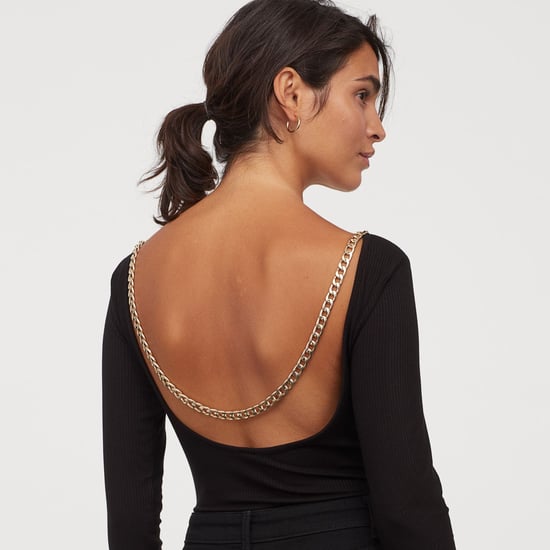 Fashion Shopping
Meet the It Item That'll Always Be in Style: Second-Skin Tops
by Shelcy Joseph 2 weeks ago 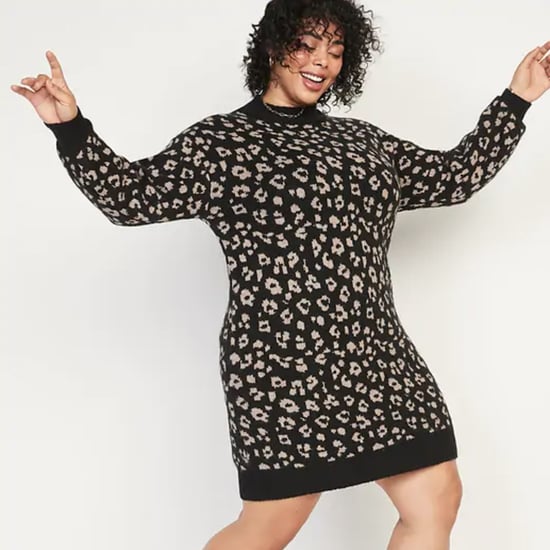 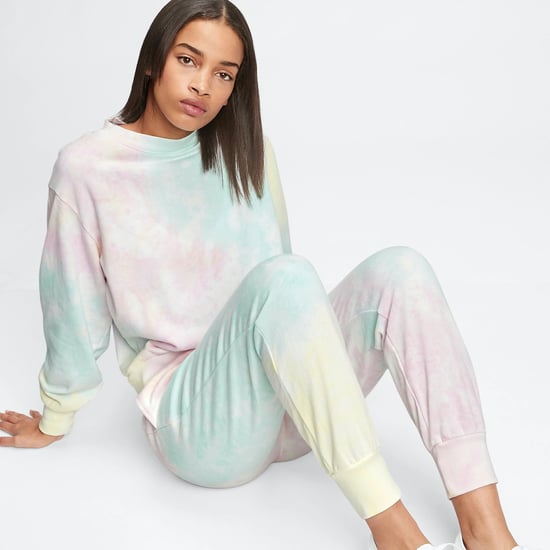 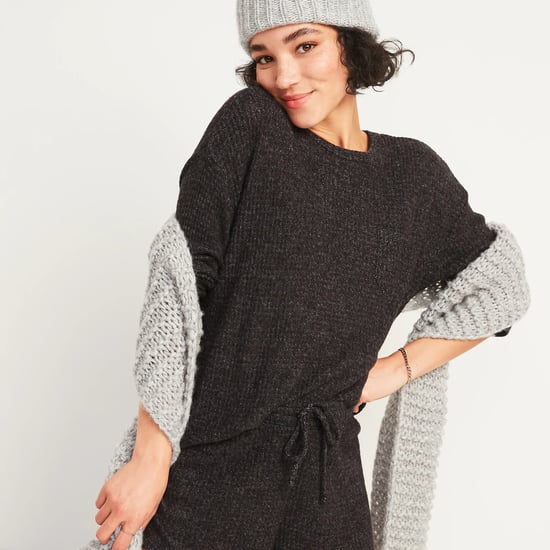 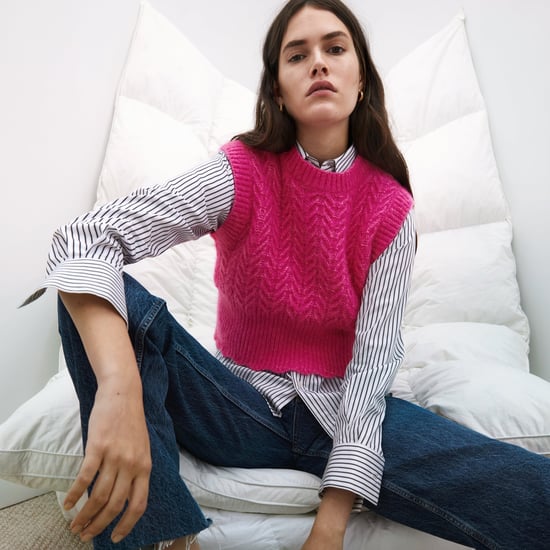 Fashion Shopping
The 15 Hottest Zara Releases of January, According to Our Shopping Expert
by Macy Cate Williams 2 weeks ago
Latest Latina