If your significant other spent 365 days on a proposal, how could you not say yes?! We've seen 365 days of love letters, and now a guy has created a video of himself proposing every day for the 365 days leading up to a proposal. Dean and Jennifer met on OkCupid and had been dating for less than a year when Dean realised he wanted to spend the rest of his life with Jennifer. Since the timing felt too soon, he instead opted to start his proposal a year in advance — filming himself every day with short messages for her (along with some lip-synching and dancing) — beginning on her 25th birthday and ending on her 26th with the proposal. He shared the proposal story on How He Asked:

Finally, during a family trip to Aruba, Dean was able to surprise Jennifer on the beach, with the help of her family, and present her with the video. After what seemed like hours, Jennifer looked up from the video, with the sun setting in the background, and saw Dean standing on the beach. A small crowd had gathered to witness the spectacle, and finally, after a year of anticipation, Dean finally proposed to Jennifer, and she said yes!

Watch the proposal now, and get the full story on How He Asked! 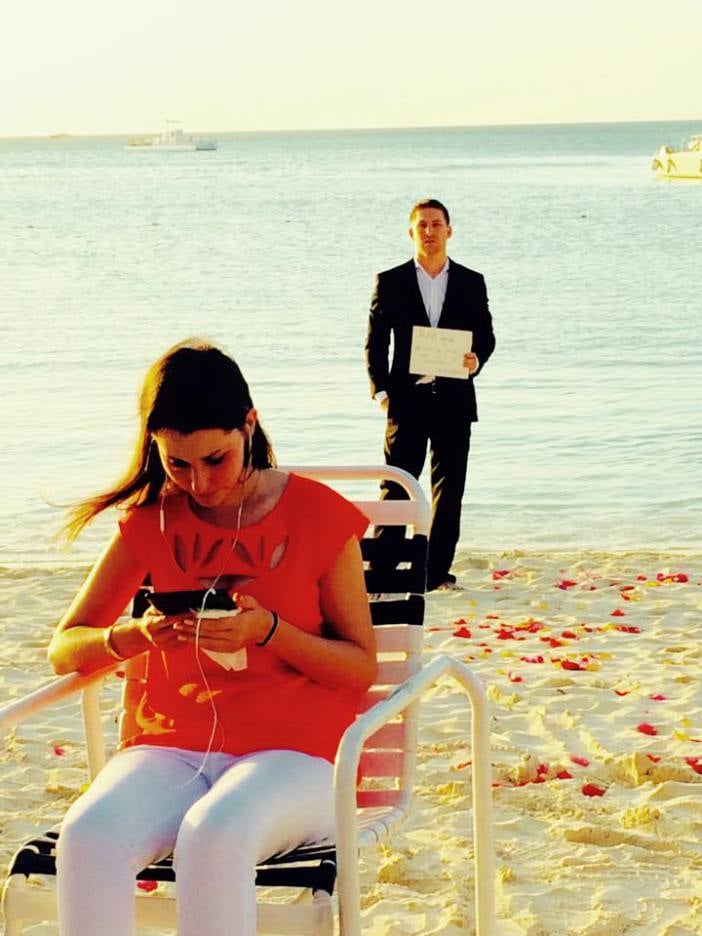 Image Source: How He Asked
Join the conversation
WeddingProposalEngagementViral Videos
More from POPSUGAR
From Our Partners
Related Posts

Wedding
These 20 Wedding Dresses Look Wildly Expensive, but They're All Under $250
by Macy Cate Williams 20/8
Latest Love
×