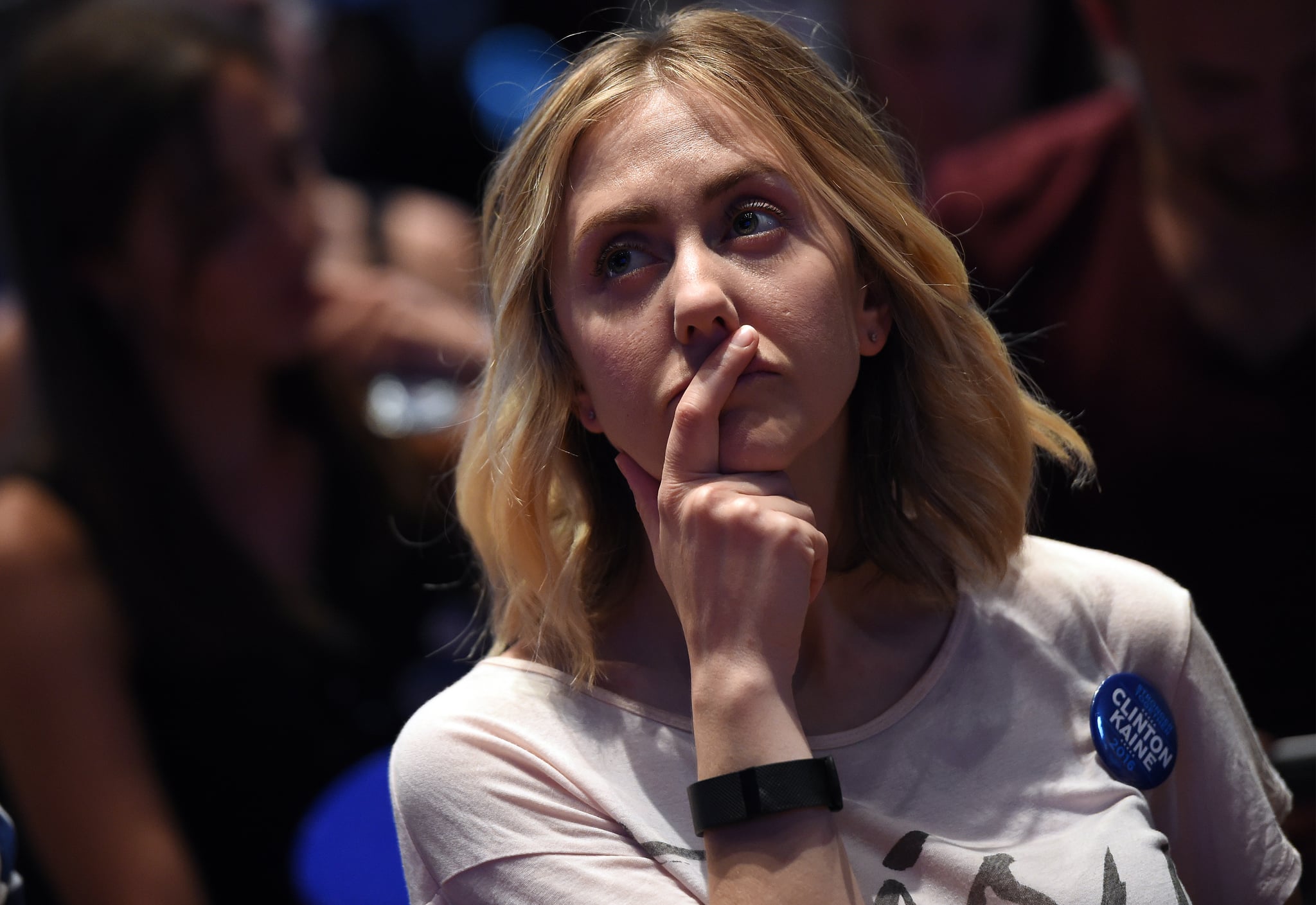 On Tuesday night, I stayed up late anxiously watching the votes slowly come in and once it became obvious that Donald Trump would be the winner, I handled it as I would handle any other upsetting situation in my life — I blew up my mum's phone with frantic text messages. While parents across the US contemplated how to talk to their young children about the results of the election, I tossed and turned waiting for the morning to come when my mum would tell me not to worry and that everything will be OK.

In an effort to remain the slightest bit calm, I avoided Facebook. With a feed filled with frantic millennials and strongly opinionated status updates, I chose not to read them because it would only rile me up. Personally, I've never been one to voice my political opinions or blow off steam in a long-winded, angry social media post, but the majority of my peers do not feel the same way. Venting on social media won't assuage my utter shock and fear, and it definitely won't change the outcome of the election. For me, the only way I'd feel somewhat reassured about what we witnessed as a country would be if my mum told me not to worry.

Parents, especially my mum, can always find the light in the darkest of situations. It's like some innate superpower all parents are gifted with. My mum and I are constantly feeding each other positivity and looking for the good in a sea filled with bad, because there's always a silver lining to be found. On Nov. 9, when my mum woke up to a scroll's worth of text messages (which I wish I could say is a rare occurrence), she could not find the silver lining. I may be an independent 20-something, but after witnessing the horrors that took place during this year's presidential election, I needed to hear that everything was going to be OK.

I needed my mum to tell me that we will get through the next four years together as a country and as a powerful mother-daughter duo, because there's nothing we can't handle. I needed her to convince me that Donald Trump's campaign, although grotesque, brought together many groups of people. His views on immigration gave us an opportunity to reflect on all the incredible Latino heroes our country has seen, and his jarring misogynistic comments had even elementary-aged females beaming with girl-power pride. That I should not fear the future of our government and the possibility of world wars, because although he might want to take down any country that opposes him, the system of checks and balances will not allow this. That after everything we've accomplished for human rights, we will not regress. My mum, a brilliant social worker with a heart of gold, has the power to make me feel better about absolutely anything, but her loss of words is a shock felt throughout the entire country.

I know my mum and many other parents aren't actually sure if we'll be OK, but fear will not change the reality of this election. We need to stand together, move forward, and do everything we possibly can to make sure everything will be OK.