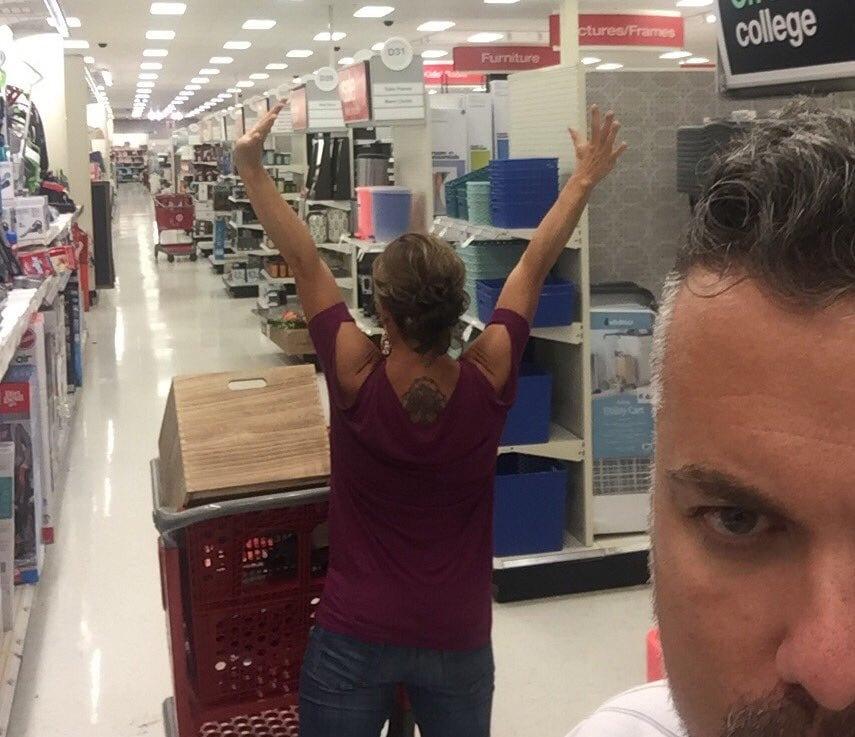 For many, their perfect day involves a Target stop and finding amazing things they had no idea they needed in this paradise. Tony and Alyssa Serafini took this satisfying pleasure to the next level when they planned the ultimate date night: try out a new restaurant, pregame for Target, and hit up those magical aisles after a few cocktails have kicked in.

The Massachusetts couple booked an overnight babysitter for a special opportunity for some adult romance, and Alyssa got a night that many dream about. After indulging in a few rum drinks, this mum was eager to get some drunk shopping done, and Tony tweeted photos of his buzzed wife enjoying her wild night out. "My wife and I had a night without the kids so we wanted to go to a nice restaurant that was out of town," Tony told POPSUGAR. "After that, we had no plans, until she started talking about shopping . . . then there we were at Target."

Tony shared that since his hysterical photos have gone viral, the internet has dubbed his and his wife's night as "#relationshipgoals" but they didn't expect such an overwhelming reaction. "I'm not sure why [there's been such a positive reaction] — maybe people do like to have a few drinks and go to Target?" he said. "Also, Target has been quiet about the situation. Maybe they don't want buzzed mums shopping recklessly?"