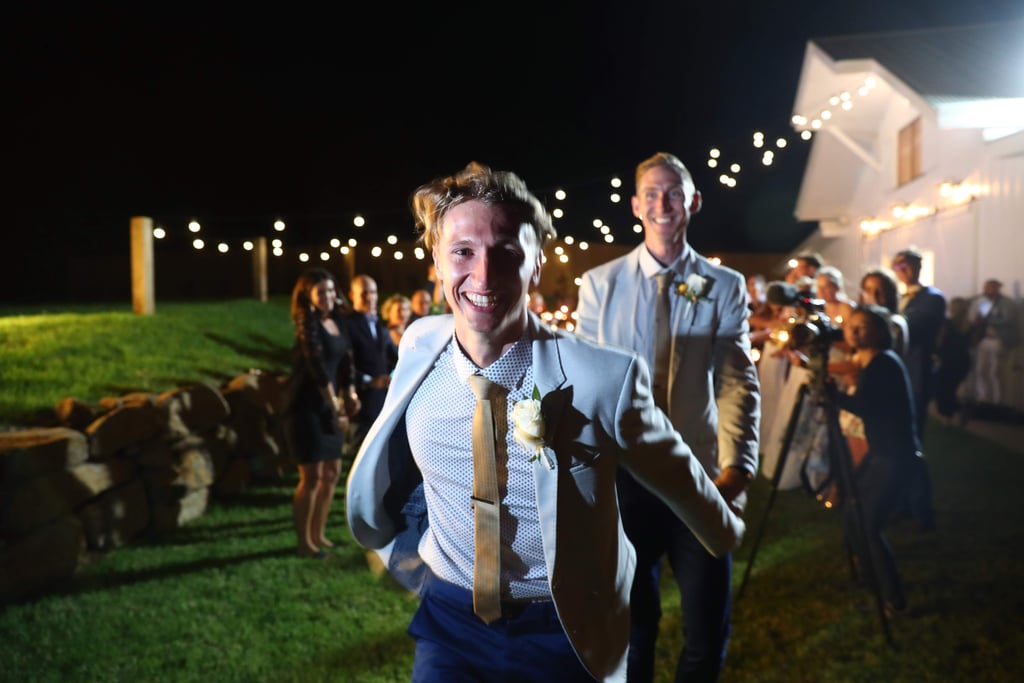 Today (yes, Jan. 9) is the first magic day that same-sex weddings can finally take place in Australia, with many couples getting hitched at the stroke after midnight. Glasgow Commonwealth Games sprinter Craig Burns and his partner of three years Luke Sullivan were married at Summergrove Estate near Tweed Heads, NSW, in an intimate midnight ceremony with 50 of their closest friends and family. The couple said "I do" just moments after the law came into effect.

Related:
Thousands of Gay Couples' Marriages Are Automatically Made Legal By Law Change

On the other side of the country, Lisa Goldsmith and Gillian Brady also wed in a midnight ceremony that took place in Perth, WA. The long-term couple were bound in a backyard commitment ceremony back in 2012, but when they called each other "my wife" they wanted it to be air-tight. They married at The Court Hotel, Perth's most famous gay venue, in a ceremony that was open to the public. They said that they were happy to put themselves out there to celebrate the milestone in Australian history.

Both weddings, and others around the country were momentous occasions full of joy and lots of love.

Wedding
My Fiancé Chose His Wedding Tux Virtually During COVID-19, and It Honestly Put Us at Ease
by Sarah Wasilak 4 hours ago