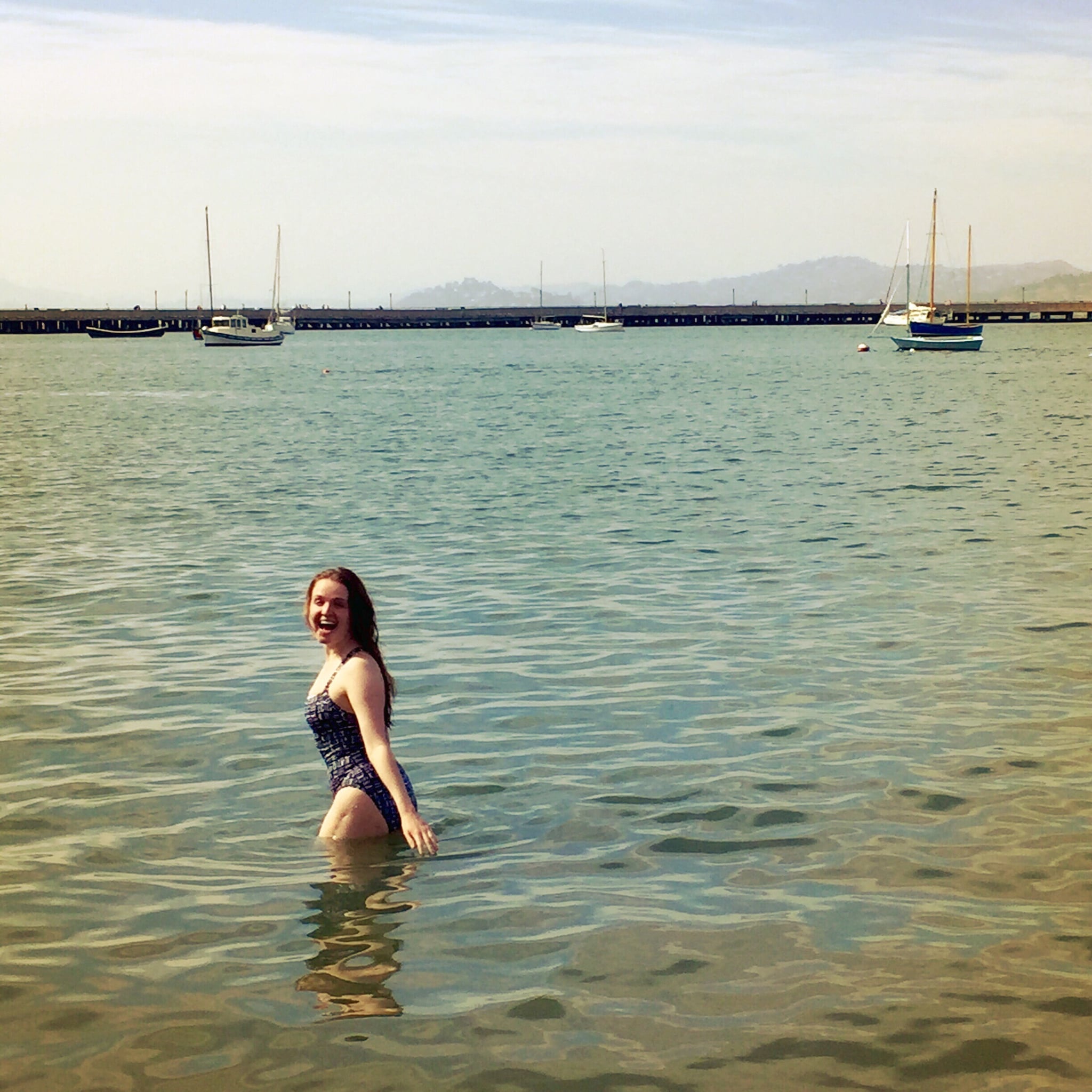 Many a time have I observed cultural conversations that centre on metaphorical scars — scars of the heart because of some unfortunate emotional injury inflicted on the bearer. "The wound is the place where the light enters you," said Rumi.

Is the same true for physical scars?

I have a huge scar running down the side of the my thigh and another one that extends from the underside of my pelvic region up to my waist and gently curving onto my back. I've had 'em since I was a small kid. They're a result of hip dysplasia, a condition in which the hip socket doesn't fully cover the ball portion of the upper thigh bone.

I've had four major surgeries beginning at the age of 2 that left me in a total body cast, a wheelchair, and crutches in an effort to correct the issue. If, as a child, hip dysplasia goes untreated, osteoarthritis (a painful disorder where the cartilage on your bones wears down) and other hip deformities can develop later on. As much as the surgeries sucked — after the procedures, I had to go to the bathroom in a pan that my parents held for me, which is utterly mortifying, even at such a young age — I'm thankful I underwent them. Today, my joint problems are few and far between.

Growing up with my limitations, I was always the kid that ran strangely in gym (once described by a peer as a "robotic chicken" gait). I'm not really sure why I decided to join cross-country in the sixth grade — probably to prove something to myself. At every race, I came in dead last, and the eighth graders threw acorns at me, but hey . . . I finished out the entire season like the trooper I was.

In high school, I developed a crush on a boy in my band class. And what do you know, the feeling was mutual — so he asked me out (do the kids still call it that these days?!). We were young and totally, totally awkward. I still cringe when I think about our makeout sessions in the band hall (we didn't give a care in the world who saw us, unless it was the band teacher), but I cringe fondly.

My scars had absolutely no effect whatsoever on our, ahem, sexual-ish life. And you know what? Not once did they negatively influence any of my future relationships, either. There was the smart blonde kid I dated junior year. Then there was the weird punk dude I mingled with senior year. Throw a semi-serious college boyfriend in the mix, plus my current bae, and we're pretty much all up to date.

None had a single mean comment to make about my scars. Since journalism requires me to do my research, I recently sent a message to one of the exes. "Hey, legit what do you think of my scars? Like I need to know."

"They're cool af," he said. Awesome! (Side note: don't judge our Facebook jargon.)

When it comes down to it, I've noticed that guys don't give a f*ck about your flaws. Not that it matters: if they do nitpick the imperfections on your body, they're going to end up cold and alone with a mere bearded dragon for a cuddle buddy when they're 49 (no hate, reptiles).

Because these days, the things that are "wrong" with your appearance don't mean much. Along with the scars, my nose isn't straight, I'm as pale as a ghost, and my cheeks are serious chubby bunnies. And that's all right. There's more to life.

If you have scars — no matter how big, or what injury or condition was the cause for them — I encourage you to wear those bad boys with pride. After all, it's pretty kick-ass that you went through something so frightening, and came out the other end just fine. A bit worn down, maybe, but fine all the same.

"Unscathed" is overrated, anyway. And guess what? Your partner will think so, too.

Pregnancy
Bed Rest Was Scary, Boring, and a True Test of My Patience
by Rachel Sobel 9 hours ago

Healthy Living
"Healthy Is Not a Body Type": This Body-Positive Artist Is Breaking Down Stereotypes
by Maggie Ryan 5 days ago

Family Life
My Mother Was Always Melancholy In September, and Now I Understand Why
by Kate Schweitzer 5 days ago