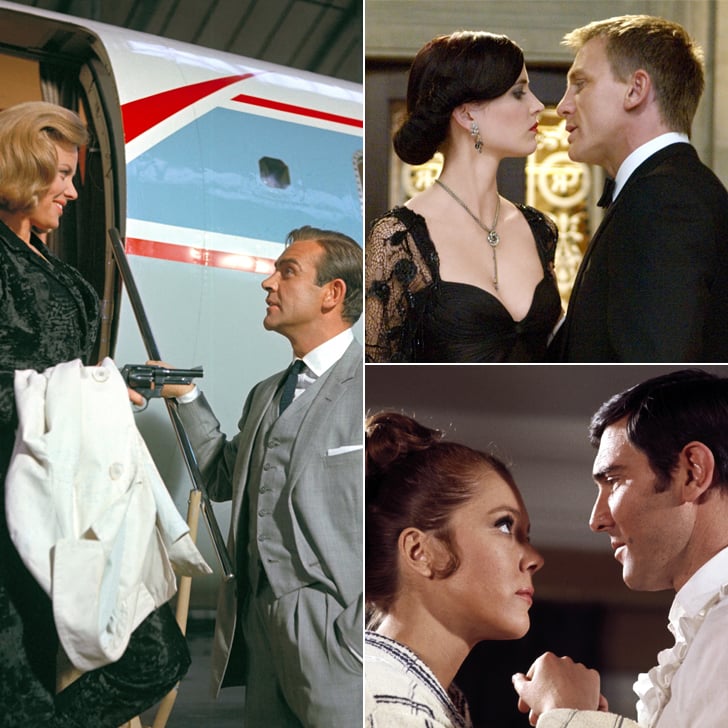 The very first James Bond novel was published in 1953, spurring a franchise that has captured the world with its titular hero who prefers his martinis shaken, not stirred. That book, Ian Fleming's Casino Royale, was first adapted into a TV episode in 1954, then a parody film in 1967, and finally, the 2006 film starring our current Bond, Daniel Craig, who returns to the big screen in Spectre on Nov. 6. Ian Fleming went on to write a total of 12 novels and two short-story collections starring the British spy, and they were all made into Bond films.

Clearly a lot has changed since 1962, when Sean Connery became the first Bond on the big screen in Dr. No and the iconic sexy, suited-up secret agent was born on the big screen. Aside from the Bond girls themselves, it's Bond's lady-killer skills that have stood the test of time, even while 007 has been reincarnated over the years by a handful of actors playing the film role to kill for. Let's look back at the best, most innuendo-filled pickup lines from the gun-wielding heartthrob!