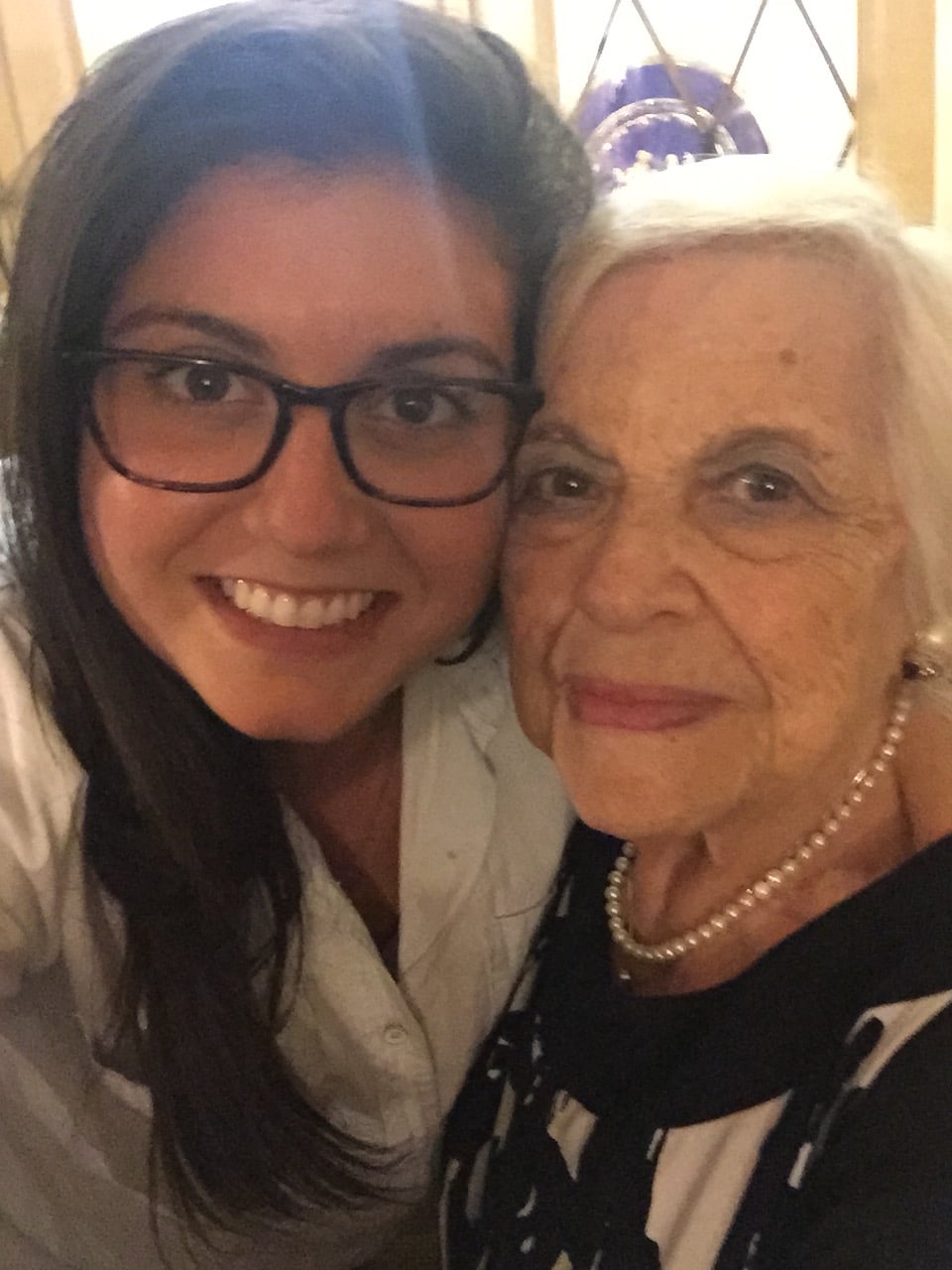 My "nonna" — Italian for grandmother — didn't go to school past the fifth grade, but she's the smartest woman I know. She's beautiful inside and out, she shows her emotions without fear, she laughs at herself, and she's not afraid to tell it like it is. I am proud to say that I have turned out quite a bit like her — we Sicilian women are tough as nails when we need to be — especially in the sense that I will do anything for the people that I love, something she does without a second thought and with a full heart.

My grandma is one of my favourite people in the world, and as I've gotten older, I've learned to really appreciate everything that comes out of her mouth — in broken English, accent, and all — whether it's ridiculous or brilliant (sometimes both). They don't make them like her anymore, and they probably never will again, so I feel like it's my duty to enlighten the world. These are seven of the infinite unsolicited — but ever-appreciated — pieces of life and parenting advice I've gotten from my Sicilian grandmother.

1. A clean house is a happy house.

The woman is nearly 87, and she's always trying to clean something. She thinks my house is a pigsty (it's not that bad), she's constantly judging me for my lack of diligence when it comes to dusting (OK, that gets bad), and she'll tell someone that their house is messy without batting a single eyelash (as she begins to clean it herself). Whenever I spend a day cleaning my house — sometimes it comes over me, and I go on a cleaning rampage — I always look around at it after and feel insane happiness. Maybe she's onto something . . .

2. If you want to talk to someone, pick up the damn phone.

There's nothing my grandmother hates more than when she catches me and my four younger cousins on our phones. She's a huge advocate of the telephone in general, as it's how she stays in effortless touch with all of her friends, but she can't stand the way texting has taken over the world. If you want to talk to someone you can't be in person with, call them up so you can hear their voice and make a real connection.

3. Never marry a man from Abruzzo, they're thick-headed.

Clearly this one is biased as my grandfather was from Abruzzo, Italy. She loved my nonno something fierce, but he was a stubborn man for sure, and it drove her nuts. I know she doesn't regret it though, so maybe this piece of advice could be discarded should I meet a nice boy from Abruzzo. Stay tuned.

4. Make sure your kids have eaten before you do.

Though this can actually be taken literally from her — there's never a day you won't find her in the kitchen cooking enough for at least 20 people, it's her passion — her meaning is so much deeper. She would do anything for her kids (my mum and her two brothers) and would never let them go without, even if that means that she would have to instead. She raised my mum to be the same way, and that's how my mum has tried to raise me. I'm not a mum yet, but I know from being a nanny that this type of sacrificial love comes naturally to me, and I'm so grateful for that.

5. If you don't smoke or drink, you'll have more brains.

This sounds ridiculous, though it's probably rooted in some loose scientific fact. She's never smoked and rarely drank when she was younger, and she 100 percent attributes her insane mental capabilities to this fact.

6. If you get kidnapped by the mafia, put on a suit while they're sleeping and run away.

Hopefully you'll never need this one, but it's based on a true story — yes, seriously.

7. Family is the most important thing in the world.

My grandmother thinks of family in a very modern sense — anyone she loves is welcomed into the fold, and for our family, that has been a lot of people over the years — her friendships run deep and their ties to our family are unbreakable. I have grown up treating my closest friends like my family because of her, and as an only child, being able to accept that my family doesn't have to be related by blood has been a blessing. She believes that sacrificing everything for your family — holding her blood relatives no higher in the rankings than her friends — is all that matters, and she's never shown me how to be any other way.

My grandma always says, "I'm going to die poor, but I'm rich in my heart." Never has a statement been truer — she's the richest woman to ever live — and if I could emulate her even 10 percent of the way, I'd consider it one of my greatest personal accomplishments.