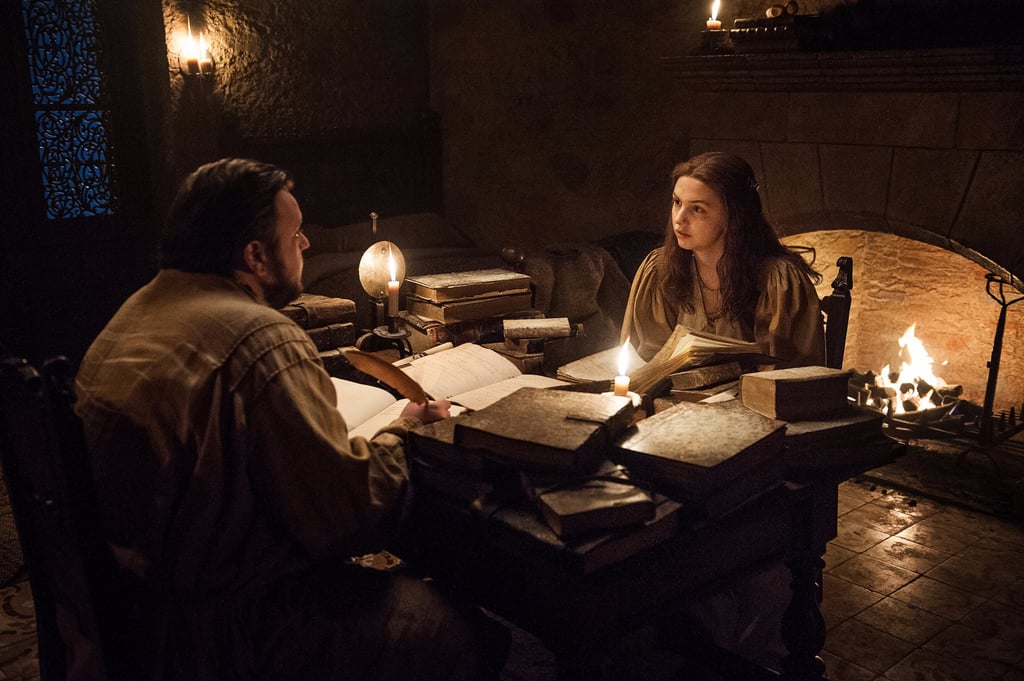 Why Gilly's Revelation to Sam Is So Effing Frustrating For Women

It was one of the most highly anticipated moments of Game of Thrones, when it's confirmed that Jon Snow is not a bastard. While viewers went absolutely crazy upon hearing this information, there's one person who reacted in the worst way imaginable — f*cking Samwell Tarly — and it was by not reacting at all. During episode five, "Eastwatch," Gilly innocently asks Sam what "annulment" means, reading that Prince Rhaegar had a marriage annulled before getting married again secretly.

The holy-sh*t moment actually confirms that Rhaegar Targaryen and Lyanna Stark were once married and that Jon is not a bastard! The significance of Gilly's revelation is colossal — not only does it confirm Jon's parents, but it also means that he is the rightful successor of the Iron Throne, and unfortunately, it probably means we should stop trying to make a relationship between Jon and Daenerys happen.

But the worst part about this groundbreaking moment is that Sam is so uptight about the maesters ignoring his useful information about Bran's visions that he completely ignores Gilly's revelation about Jon's true parentage. Sam is ready to pick up and leave the citadel, telling Gilly, "I'm tired of reading about the achievements of better men," leaving viewers enraged. Sam is too wrapped up in his own frustrations to even give Gilly the time of day and acknowledge the game-changing discovery she unintentionally made.

The internet went crazy, comparing Sam's inability to listen to the realities women deal with on a daily basis. If this mind-blowing moment made you want to shake Sam (sorry, Tarly), you are absolutely not alone. Read hilarious reactions to Gilly getting interrupted while dropping the biggest bombshell of the entire series.

Related:
What Happened on Game of Thrones This Week? 30 Seriously Insane Things, For Starters
Previous Next Start Slideshow
Join the conversation
TVSexismWomenGame Of Thrones
More from POPSUGAR
From Our Partners
Related Posts