We've got the fever — The Force Awakens fever, that is. If you're just as excited for Star Wars as we are, you'll be interested to read dating advice inspired by the saga. Lindsay Burke, an adviser at the dating advice start-up RelationUp, learned a few things from Star Wars that she explains below. If you're not familiar with RelationUp, it's a site where professional advisers text dating advice as on-demand answers! 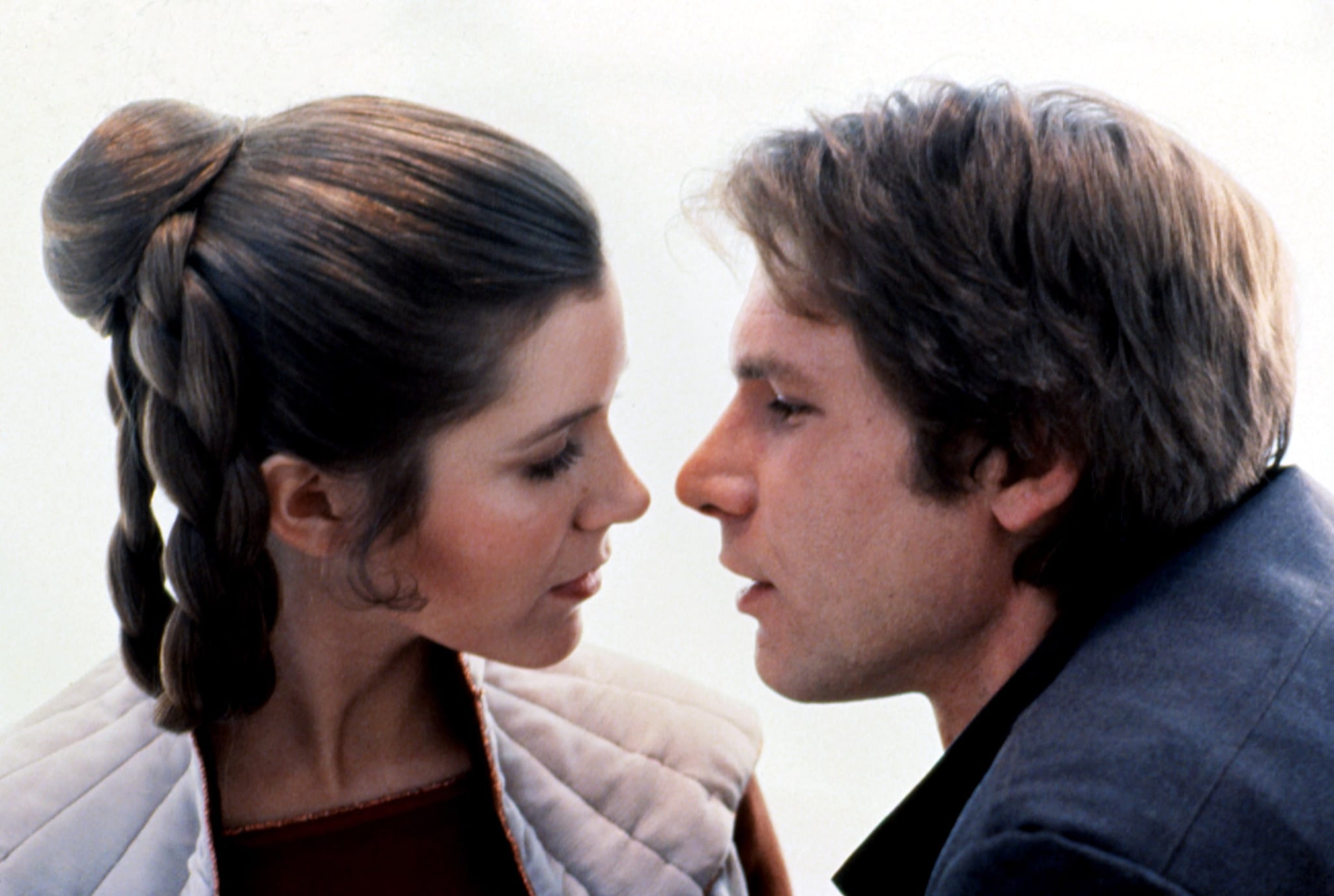 Now, rewatching the Star Wars series to prepare for the new release of the next film (can you hear my excitement!?) I must credit the writers for their forward thinking gender roles and relationship dynamics. I remember laughing at Princess Leia and Han Solo's relationship, as well as idolising it, and until recently I did not even realise how much it impacted my expectations in my own relationships. It did, and I am so grateful.

Here are a few things I learned about relationships from Star Wars:

No knight in shining armour.

In most current films, the female lead is depicted as someone who needs constant saving. For example, in Jurassic World, the female lead was depicted as helpless, thoughtless, high-maintenance and in need of saving. For heaven's sake, she was still wearing heels in the last scene, as she was being chased by a T-rex! All I could do was shake my head in the theaters. Star Wars truly depicted a healthy male-female partnership, showing strength in both Han and Leia as they utilised their individual expertise to bring aid to one another. Leia is shown holding a gun right alongside Han and they are continuously shown covering each other's backs. No one person was expected to save the other and they had equal say in the decisions they made. They expected each other to be independent and were simply stronger when they worked as a team. Is that not the point of a partnership - that both of you have something to bring to the table, in equal measure?

They are different, and that's why it works.

That princess versus pauper-vigilante really stirs up the Robin Hood fever in all of us. Research has also found quite a few psychological reasons behind this natural attraction of opposites. Some would say this was a typical "bad boy" meets princess story, but I find this story went a little deeper. As stated above, no one person was getting "saved" in this series and, if anything, it seemed they were simply two individuals from two different worlds who collided. The takeaway? Two strong, independent, and often stubborn individuals meet and combine their personal strengths and talents toward accomplishing a common goal. Even though they had very different backgrounds and skill-sets, they were on the same mission and that is what really mattered.

Throughout the films, Han and Leia are known for their witty banter, curt remarks and continuous questioning of one-another's decisions. As equals, neither is afraid to speak their mind, even if the content is tough to share or hear. Equally important, the arguments do not mean the relationship is over. Many films show couples either never arguing, or an argument resulting in a breakup. Star Wars gets it - healthy relationships need disagreements in order for the couple to grow in depth and understanding of one another, not to mention for their individual growth. Many minds and different ideas make a stronger team - as long as they communicate.

Ultimately, two strong, independent individuals are able to stand up to an evil empire, only with one another's support. Cannot wait for Episode VII: The Force Awakens and to see how Han and Leia's relationship further unfolds!