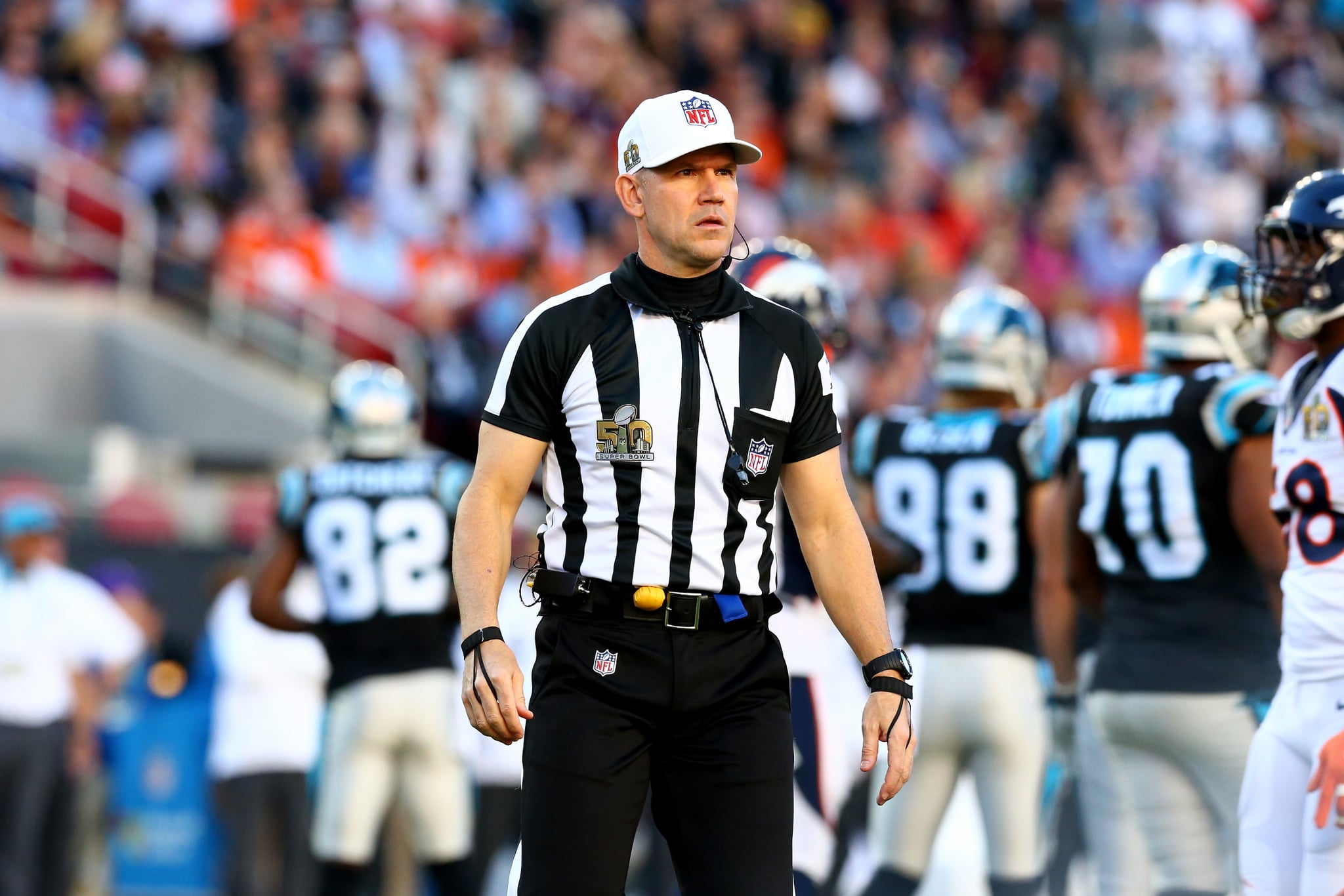 Besides Ryan Reynolds, referee Clete Blakeman is the hot guy to watch this Super Bowl. The 51-year-old lead official (who appears to be married — sorry, guys) has been winning over fans during the game with his fit physique, snug striped shirt, and general handsomeness. Other facts we know about Blakeman: he's a personal injury lawyer, he was a backup quarterback at Nebraska in the '80s, and he lives in Omaha, Nebraska. Fans have been tweeting their support with hashtags like #rippedref and hotref. See some of our favourites below:

Where can I order a #Cleteblakeman calendar??

Sorry about that. My calls aren't as perfect as my pecs. #hotref #SB50 #SuperBowl

All I want is for the game to end with #HotRef cuddling a doxie while riding a Clydesdale. Is that too much to ask?

I'm just here for the dip, wine and #hotref

Music
The Weeknd Is Headlining the 2021 Super Bowl Halftime Show, and I Can't Feel My Face
by Monica Sisavat 1 week ago