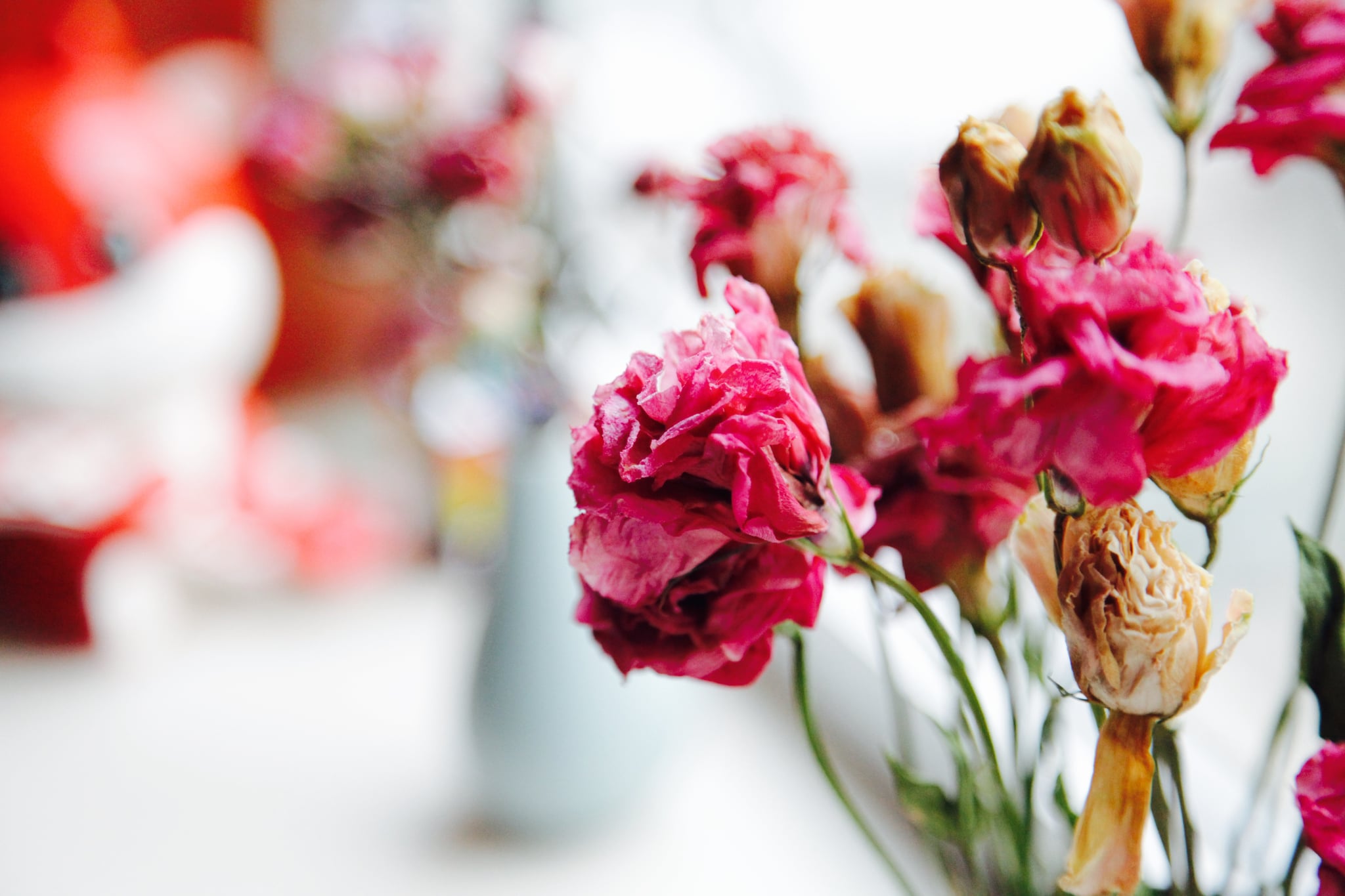 On Valentine's Day, it's common to expect a dozen roses, a box filled with gooey chocolate, or a night out at a swanky restaurant, where you can load up on your favourite bubbly and fine dining cuisine. What you might not expect to happen is having the person you're deeply in love with look you in the eye and break up with you on what is known as the most love-filled day of the year. It happened to me.

The first boyfriend I ever had broke up with me on the second Valentine's Day we ever spent together. He came over that morning, with flowers I could tell he picked up last-minute at the grocery store. They were sad-looking and the petals were wilting, much like the expression on his face when he walked in the door. He sat down and I stood because I could tell something was wrong, and when something is wrong, I like to stand. It helps me process my emotions better, as it allows the energy to flow through my body, rather than come right out of my eyes and nose in the form of tears and snot.

Within five minutes, we went from being madly in love to taking the first step toward becoming distant strangers. He told me he didn't love me anymore. He told me there was someone else. He told me he wanted to wait to break up until after Valentine's Day, but he figured in the end, it was just a day, so why not just get it over with.

It was terrible at the time, but surprisingly, that feeling didn't last. Months after the moment happened, it became something I laughed about when out with friends and something that taught me more lessons than any other love situation I had ever been in taught me before. These are three lessons I learned after getting dumped on Valentine's Day.

It Changed the Way I Looked at the 14th of February

Getting broken up with on Valentine's Day didn't make me roll my eyes at the holiday. It made me appreciate it even more. It's a day that shouldn't be spent with just one person. If you have a lot of people in your life you love and adore, make plans to be with them during the holiday too. I used to think it was just a day for romance with the person you were dating, but really it's more for celebration, even if that means you ditch the candlelit dinner for a night at home with a crew of the people who love you all year long.

It Made Me More Aware of Red Flags

When my relationship ended abruptly on Valentine's Day a few years ago, I was at first really surprised. But then I started opening my eyes to all the things that were wrong, all the red flags that I ignored. My boyfriend at the time didn't want to ever be around my friends, he was very protective of me touching his phone or using it, and he would cancel plans a lot without giving me any reason. I had funny feelings along the way, but I kept them buried because I didn't want the relationship to end. Getting broken up with on a day like Valentine's Day made me realise that I don't deserve to just go with the flow in a relationship. If I feel like something is wrong, I have to have the courage to acknowledge it.

It Taught Me a Lesson in Self-Love

One of the biggest and best lessons I learned from getting dumped on V-Day is that on the 14th of February, no matter who you are with or what you are planning to do that day, you should do something for yourself. Take yourself out for a spa treatment, go eat your favourite lunch, take your favourite workout class, or treat yourself to an afternoon shopping. Whatever your idea of self-love is, make sure you dive into it on the day of love this year, and every year, no matter what.