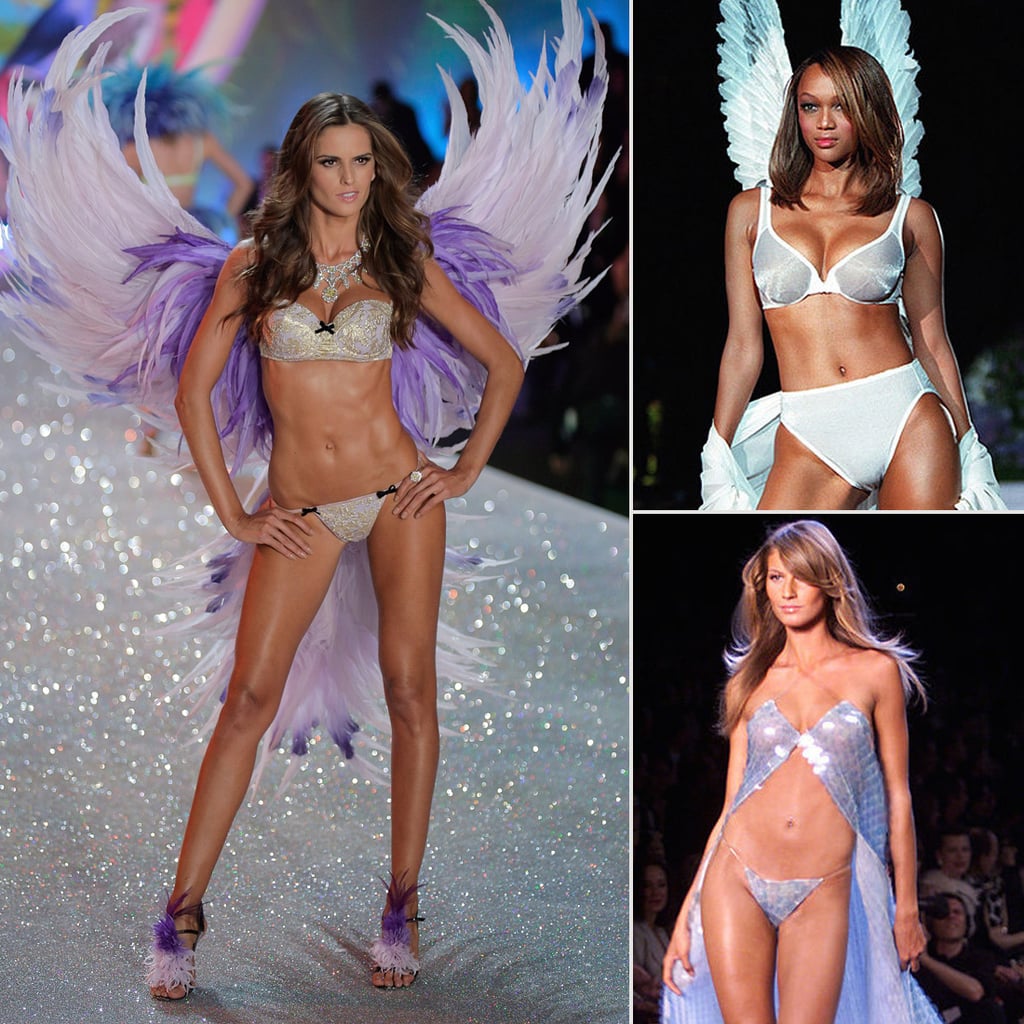 How the Victoria's Secret Idea of Sexy Has Evolved

Angels will fly down the runway soon at the Victoria's Secret Fashion Show. Visually pleasing underwear became popular at the end of the 19th century, but it took until the 1990s for Victoria's Secret to celebrate lingerie with its annual fashion show. The brand's spectacle of scantily clad models was initially held before Valentine's Day, but in 2001, the show was televised and moved to the start of the holiday shopping season. That's not the only thing that's changed over the years. The lingerie modelled has evolved from high-waisted and shiny to made-for-TV costumes straight from a feathery fantasy.

Some have complained about the show's indecency, and it was cancelled in 2004 after America was scandalised by Janet Jackson's wardrobe malfunction at the Super Bowl. But since then, the show has gone on, giving us at least one take on what's considered sexy through the years. Before the Angels walk in this year's show, take a look back at the styles they've worn in past shows.

TV
Breaking Down How the Original Saved by the Bell Ended (Plus the Spinoffs!)
by Amanda Prahl 1 week ago
Latest Love
×