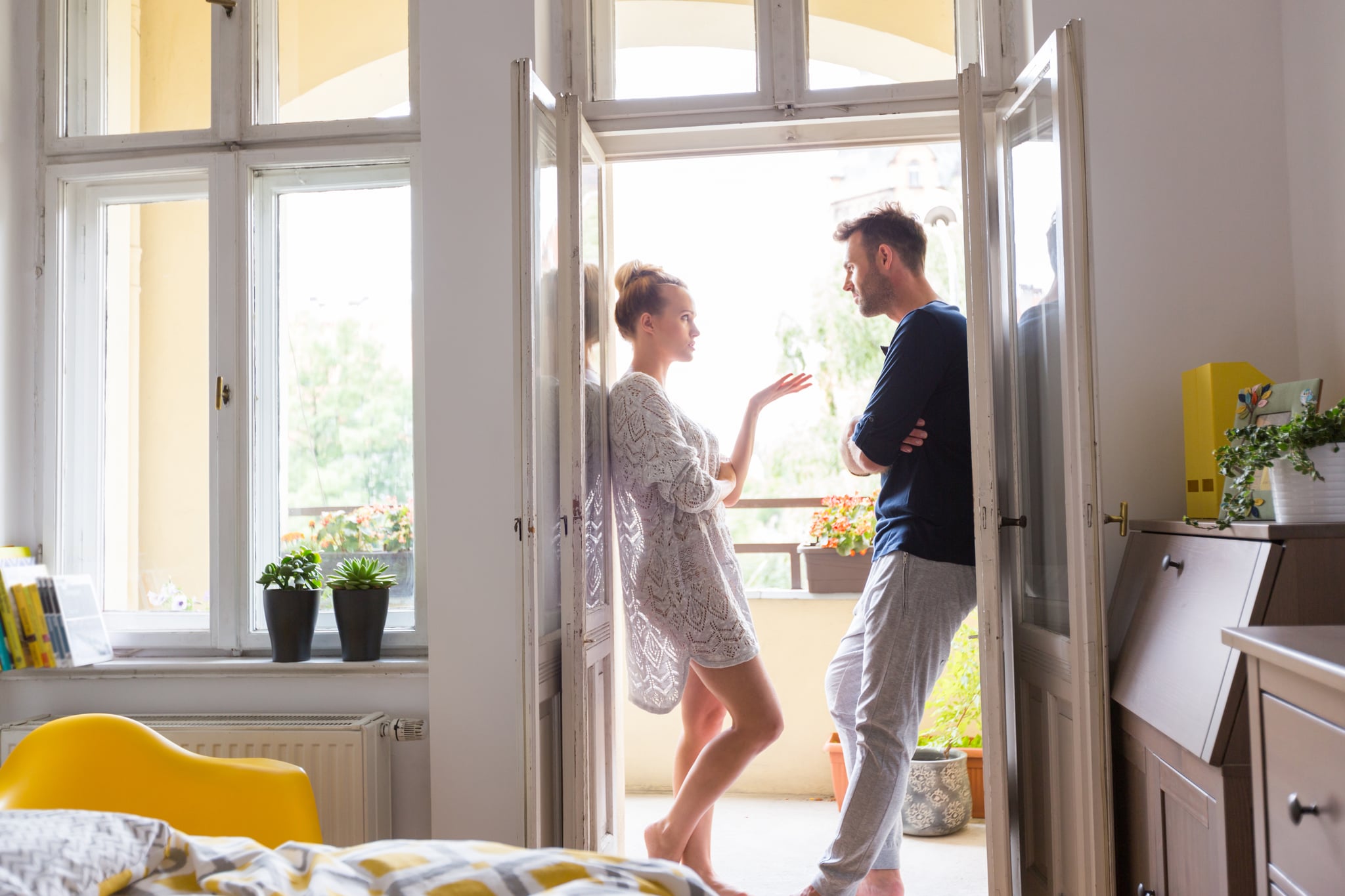 Are you the couple who doesn't care who hears you at the grocery store or the ones who silently huff and puff under their breath? The way you fight with your significant other can reveal more about your relationship than you think. Couples typically develop a consistent fighting style, which reflects who they are as individuals and as a unit. If you tend to have calm and constructive arguments, you might experience the occasional blowout, but overall, how you approach conflict will remain fairly steady. We've identified five common fighting styles between couples — see which one best fits you and your SO.

Style #1: You're both passive aggressive.

You guys aren't "fighting," but if anyone else was in the room, they'd definitely be able to cut the tension with a knife. When there's clearly an issue but neither of you want to address it, it shows two things: you aren't comfortable expressing your concerns to each other or one of you is afraid of what will happen if you do. Neither one is healthy. It should make you ask yourself why you aren't able to practice effective communication with one another. Your relationship isn't open and honest if you have to hold things in to avoid rocking the boat.

How to fix it: Try to talk things out as soon as they happen instead of sweeping issues under the rug. Be reassuring and let him or her know that you want to hear it from their perspective also.

Style #2: Your fights are explosive and volatile.

You probably have an incredible sex life and an exciting relationship full of passion. But sometimes that passion can turn into rage, making your arguments emotionally exhausting. While you love each other like crazy, you're always on a roller coaster because you never know how one of you will react to something. Many abusive relationships are characterised by these kinds of fights, but even if it's not to that extreme, they're still toxic. (See if your relationship is unhealthy here.)

How to fix it: One of you has extinguish the fire instead of adding to it. These kinds of fights can escalate very quickly because both sides get equally as heated, so catch yourselves before it's too late and try to calm each other down. Take a breather before resuming things if necessary.

It's a problem if one partner wants to discuss a problem right away while the other refuses to deal with it. This kind of couple typically has to chase each other to solve things and their relationship has underlying issues that have yet to be fixed. It means one of you is coming off too aggressively or isn't handling things in a way that make the other partner want to get involved. Things in this relationship can be one-sided — one partner makes all the decisions while the other doesn't care enough to contribute.

How to fix it: Make sure you're aware of how you're coming off and make it clear that it's not an attack. Ask for five minutes of their time — specifying will make them less likely to want to run off. But also have a discussion at one point about the reason he or she avoids problems.

There's also problems with being happy-go-lucky at all times. When a couple agrees on everything, rarely is it because they're true soulmates. Chances are that one side isn't fully expressing their needs or concerns even if they are trivial. Maybe things are going so well in the relationship that you don't feel like it's necessary to disrupt it in the slightest, but that can have a negative impact down the road.

How to fix it: Reflect on your relationship and ask yourself if you're just going along with things for the sake of agreeing. It's OK to have opinions; that's what a partnership is all about.

Style #5: Your fights are civil and end resolved.

You have a healthy relationship and aren't afraid to bubble up concerns as they arise. You're receptive to each other's feedback and respect what they have to say regardless of whether or not you agree. You have an understanding and balanced partnership because you both want what's best.

How to fix it: Sounds like you have a pretty solid relationship. Continue your practices and make sure keep to voicing your thoughts.

TV
Why Are All the Men on Emily in Paris Toxic?
by Samantha Bergeson 10/10
Latest Love
×