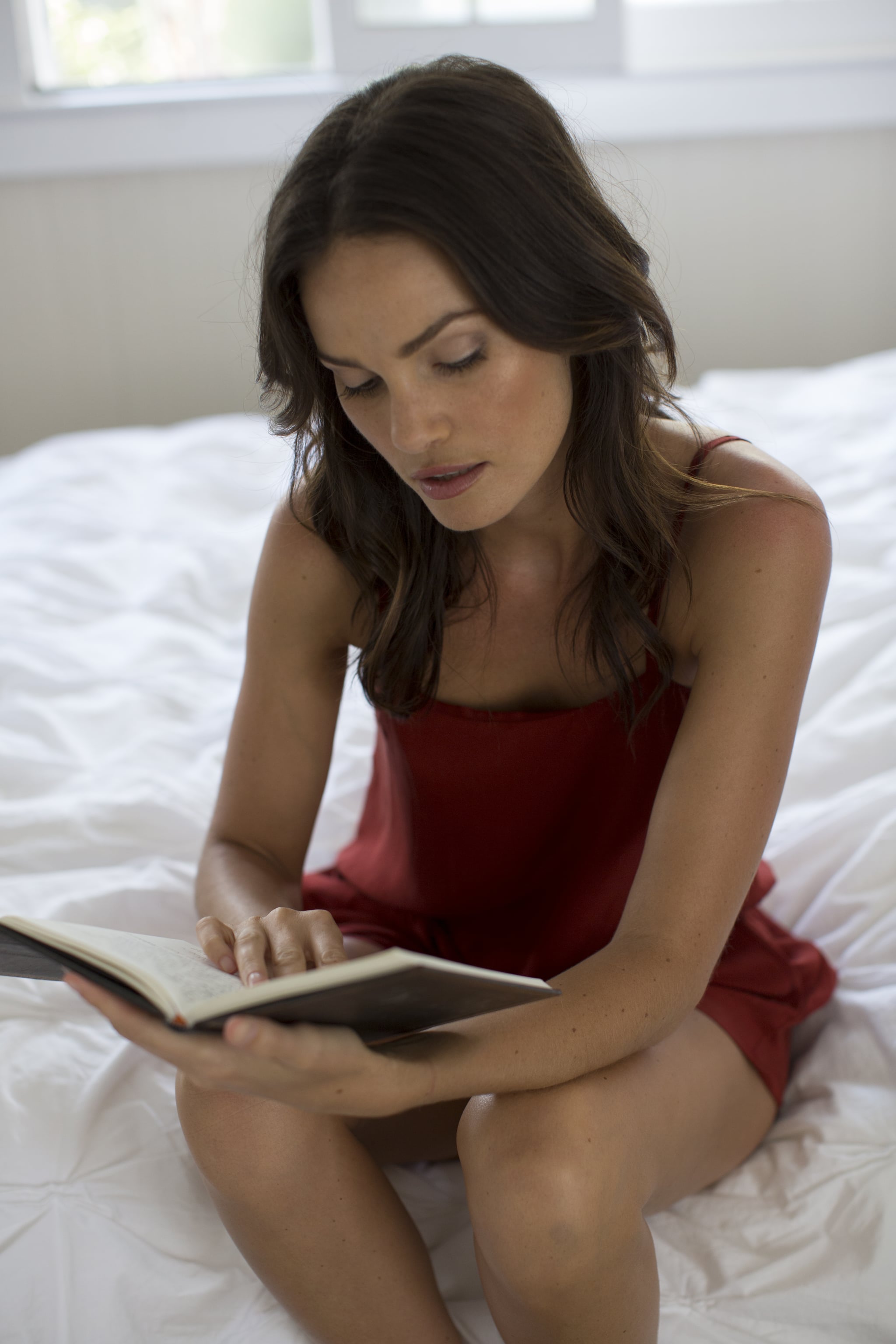 If you aren't the kind of person who regularly scrolls through Tumblr, you might not be totally familiar with the concept of self-care. It includes anything from sleeping in and watching Netflix to drinking a glass of water after a night of boozing to ensure that you don't wake up with a hangover. For my sister, it means setting some time aside to meticulously paint her nails. For my friend Nikki, it means doing laundry. For me, it usually involves at least 10 hours of sleep, followed by an enormous breakfast.

I often think about it like this — self-care is anything you do in the interests of your future self. Especially for hypersensitive anxiety monsters like me, it's important to know when your emotional gas tank is running low. My version of self-care often consists of taking the time to fill it back up by anchoring myself in basic tasks that make me feel grounded and productive (though it sometimes also consists of playing around with makeup for an hour and a half).

Once you get into the habit, this kind of self-care can feel easy. You train yourself to be attentive to your needs and then do your best to anticipate them — in 24 hours, what am I going to wish I had done 24 hours ago? Do that thing. One of the built-in advantages of practicing this kind of incremental caretaking is that even when you're not at 100 percent, cleaning out your refrigerator or doing a sheet mask is a fairly easy task. But recently I've come to understand self-care as something more complicated. Incremental caretaking is great when you're at 80 or 75 percent. But what about when you're a lot lower than that?

My life came a little bit off the rails last Fall. A bad breakup coincided with a bad job, followed swiftly by an emotionally fraught Thanksgiving (tryptophan makes most people sleepy, but I think it just gives me panic attacks) and then made even worse by the inexplicable disappearance of a valued friendship, finally topped off by my yearly battle with seasonal affective disorder. I was suddenly in a place where I no longer recognised my own life. It felt like I had been shoved into an alternate universe where nothing was right. Every part of me ached for things to be the way they were before. And as a result, I found myself totally unable to imagine what my life would be like more than a week into the future.

The bravest and hardest thing you can do is take every measure to make sure that once you reach the future, you did everything you could to make it good.

I did my best to make plans, to build things into my schedule that I could look forward to. I tried to picture myself at Christmas, and then in January, and then in February. Spring and Summer became incomprehensible mysteries. I couldn't think of what that future iteration of me would look like, because every plan I had made was now on the other side of possibility. Every way that I had imagined myself being was suddenly out of the question. And even more painfully, I didn't want to think about my future self, because I knew that whatever filled her days, it wouldn't be the things I had wanted so badly and pictured so clearly. I missed those hopes and I didn't want to admit to myself that, at least in those specific manifestations, they were dead.

And it's at those times — when you don't have enough light to see more than a few feet in front of your face — that another kind of self-care makes itself known.

I was as depressed as I'd ever been in my life. I cried almost every day, sometimes multiple times a day, often in the bathroom at work. One night I was crying so hard while getting ready for bed that I accidentally used my roommate's toothbrush and didn't notice until I was rinsing. I struggled to eat, taking one bite of a sandwich and then immediately being sideswiped by a painful memory and losing my appetite. I shed so much weight that it scared my parents. And rather than seeming to get better, it felt as though everything was slowly getting worse. Eventually I became convinced that nothing really good would ever happen to me again.

So when things are bad enough that you are no longer really invested in the idea of living another day, how do you do the things necessary to ensure that your life will be better in a month, or a year, or five years? How can you think about setting up a retirement fund and nurturing important friendships when you wake up every day struggling to fight off the intrusive thought that things would be much easier if you just bailed on being alive?

But the thing that quickly became obvious to me — as I stood every night brushing my teeth (hopefully with the right toothbrush) and staring into the mirror at a face I was so profoundly sick of seeing — is that when your back is really against the ropes and life is punching the sh*t out of you, the most important kind of self-care you can possibly practice is the kind that only pays off in the long term.

The best way I found of fighting the desire to flat-out stop is to operate under the assumption that you will keep going. And once we have this assumption, the bravest and hardest thing you can do is take every measure to make sure that once you reach the future, you did everything you could to make it good. It's the glass of water drunkenly set on the bedside table times a thousand. It's preparing a room for someone you're not sure is ever going to arrive.

When it comes to these two kinds of self-care, the short-term and the long-term, one is based on the need to feel better right away, but the other is based on a hope that you will feel better someday.

I buckled down. I started working out and made a point of spending time with people who could understand my pain but also help me out of it. I cut down on drinking. I set up a retirement plan and started saving money. Most importantly, I started going to therapy to figure out how all of these small-to-medium-sized earthquakes teamed up to wreck my foundation. And that was probably the hardest thing, not just because admitting that you need that kind of help can be difficult, but because the very last thing I wanted to do was pick up my phone (ugh) and call a stranger to make an appointment (nooooo) that would require me getting out of bed and leaving my apartment (whyyyyy).

For the most part, I do these things without any real sense of pride or satisfaction. I recognise that they're objectively good and important, but they don't really make me feel any better, at least not in the way that doing laundry or watching 30 Rock does. But that's almost the point. When it comes to these two kinds of self-care, the short-term and the long-term, one is based on the need to feel better right away, but the other is based on a hope that you will feel better someday. It requires a feat of imagination that seems impossible when what you really want is to be placed in a chemically induced coma for an undetermined period of time.

But as I keep doing the work, and putting more distance between myself and the way I felt in November, I feel myself growing into the life I started building all those months ago. By devoting so much time to my future when I was low, I'm in a better position to attack the world now that I'm getting back on my feet. I'm grateful to my past self, the girl who was so sad and so tired, because she was also (and I recognize the oddity of using the word in this context) unselfish. She took care of herself but she also took care of me. Even when the mere act of getting out of bed and planting her feet on the floor in the morning elicited an out-loud reaction of "I can't f*cking believe I have to do this again," she gritted her teeth and prepared a room for me.

And now that I'm looking through the doorway, I've gotta say, it looks pretty good in there.

Related:
Why I'm Not Ashamed to Talk About My Mental Illness
Image Source: POPSUGAR Photography
Join the conversation
Personal EssaySelf ImprovementWellness
More from POPSUGAR
From Our Partners
Related Posts