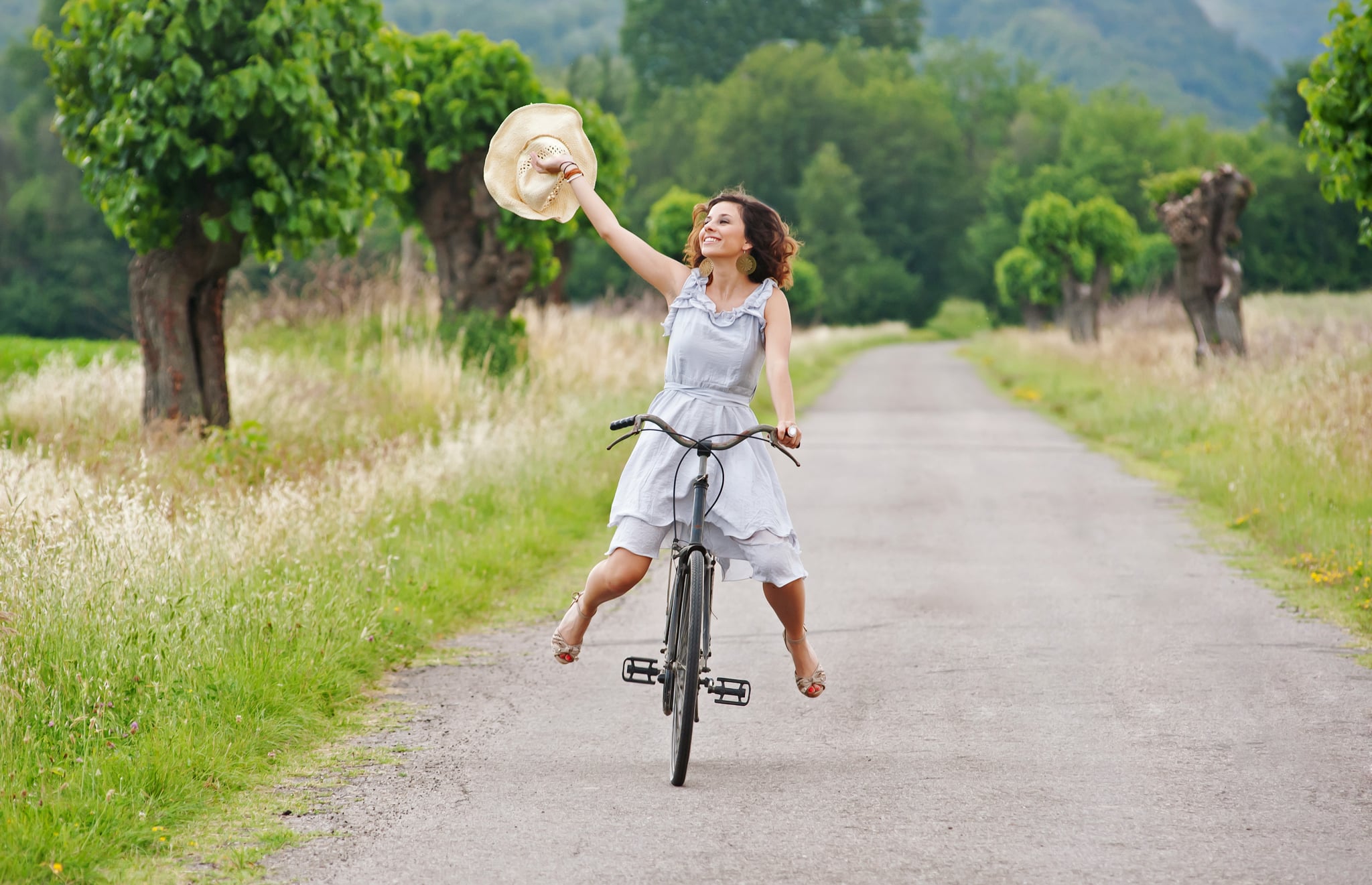 I'm at that age when pretty much every time I get on social media, someone else I know has gotten engaged or married. The ring-finger picture with the "I said yes" caption is a daily occurrence. I'm always happy and excited for the friend who gets to start a new chapter in her life. OK, almost always. This trend started in my early 20s, when the couples getting engaged then still got the "aren't you a little young for that?" look. As I climb toward my 30s, I notice more than ever that I'mstarting to get those questioning looks, but now people are wondering what the hold-up is.

Tick-tock goes the marriage clock — especially considering that I have been in a committed relationship with my significant other for several years, moved across the country with him, and lived with him for quite some time. I definitely understand that the topic will naturally come up now and then. Here's the thing: I think marriage is great. For some people. For me and plenty of others out there, though, it may not be the right way to go, and that's really OK — despite a more widely held notion (held most of all by my mum) that my life, in fact, is not complete until I tie that knot.

While there are many pros to getting married for some people, the alternative is true for those who decide not to get married. And don't get me wrong — who knows what will happen down the line? But in the meantime, here are some reasons why choosing not to get married, ever or until later in life, can be a good thing.

1. You Get to Know Yourself and Find Your Personal Happiness

One isn't the loneliest number! Being unmarried offers you a unique freedom to spend time with yourself and make mistakes and learn from them — without having to worry about how those mistakes may affect your spouse. Putting yourself first may sound selfish, but it really just means that you are eager to grow as an individual, and that's definitely a good thing. Within a marriage, it's easy to become dependent on one another for your happiness, but ultimately you have to be the one who decides this for yourself.

2. Your Finances Are Your Own

Some of the biggest stressors on marriage are the financial aspects of it. Combining assets, joint bank accounts, disagreements on where and what to spend money on — all these things are extra weight on any relationship but especially on a married couple.

3. There Are Other Ways to Define Commitment

Who says that marriage is the best way to show someone you love them? Commitment to a person and real love for them can be shown in a million ways — marriage is just one of them. Plus not marrying someone doesn't mean being alone forever — it just means doing things a little differently!

4. You Can Travel and Be Social

Unmarried couples and single people tend to travel more and engage more socially with new people. That's not to say married couples don't — but it's sometimes easier for unmarried people to have that freedom without as many conflicts when trying to do so.

5. Getting Married Can Complicate Other Relationships

Getting married changes everything. It can mean moving away or spending more time with other married couples, and sometimes it just means that relationships shift and change. While some may strengthen, others are at risk of weakening.

6. You Can Invest in Your Career and Future

Instead of spending money on a wedding, honeymoon, new house, etc., you can be putting those dollars and efforts into building your career and growing in a field you love. Taking marriage off the table can make room for things that otherwise may have taken the backseat to wedding and marriage plans.

7. Marriage Is Sometimes Done For Others, and That Should Never Be the Case!

If you aren't getting married for yourself, then you shouldn't be getting married. It's easy to feel pressured by people around you, but if you don't want to get married, you simply don't have to.

8. Divorce Is a Possibility

9. You Can Still Build and Have a Wonderful Family

The idea of family is almost always tied in with marriage, especially when children come into the picture. But the definition of family is extremely diverse and personal for each family unit. Not being married doesn't mean that you can't have a happy and healthy family with or without kids.

10. Since Love Is Different For Everyone, the Same Traditions Don't Always Apply

Love is personal. It's specific to a person or relationship, it's constantly changing, and it's always unique. If love is so changeable and diverse, then in some cases, confining it to an institution like marriage isn't what's best to help it thrive.