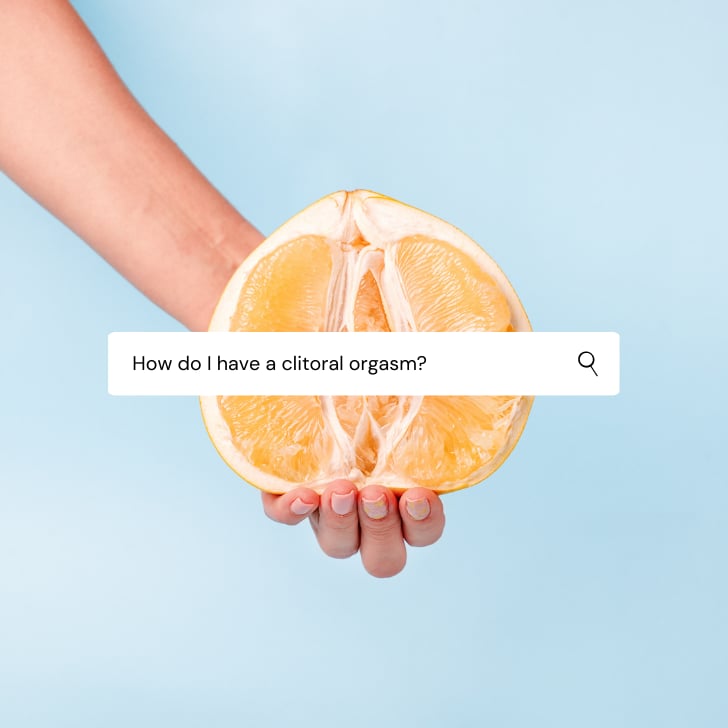 This is where I kind of blame high-school sex ed. They basically show you where the clitoris exists on a diagram and tell you not to have sex or you'll get pregnant (and die (Sorry, I had to)). That's it. That's the lesson. What they don't tell you is that you clit has over 8000 nerve endings and that when they're stimulated properly, can result in some of the best orgasms of your life.

Or that the first accurate 3D model of the clitoris (including all its depth and complexity) was only created in 2006. Or the fact that it grows 300% when it's excited, so basically vaginas can have erections, too.

To learn more, we spoke to Wild Secrets resident Sexpert Vanessa Rose, answers every question you've ever had about your Clitoris and explains how the brand's new clit awareness campaign is here to get you to pay more attention to your clit and help close the orgasm gap in Australian bedrooms.

CC: Your sexual partners cause this interview is worth a read, trust us.

"The clitoris is one of the most mysterious and pleasurable parts of the body, "says Vanessa. "Starting with the basics, the clitoris is typically part of the female sexual anatomy but does not play a role in reproduction. In fact, the clitoris is the only body part known to exist solely for pleasure, so we like to call it a 'sensual specialist'."

"When people think of the clitoris, they usually imagine the nub near the top of the vulva. But that's just the tip of the iceberg, with about 90 per cent beneath the surface. Two bulbs with long wings extend from the visible nub to the vaginal opening, but inside the body, so the whole clitoral structure ends up looking rather like a wishbone," she explains.

Are all clits the same?

Clits are as unique as their owners, explains Vanessa. So much so that the average dimensions haven't yet been established from the scientific literature.

"The fact that clitorises vary in size, length, shape and colour is something we celebrate in Wild Secrets 'Know Me' campaign, because there's beauty in diversity and it's adults should know it's okay to look different down there."

"For those wanting a rough guide, its life-sized 3D printed model of the clitoris recently developed by French researcher Odile Fillod is 10 centimetres long from the tip of the glans, which is the external nub, to the end of one wing, or 'crus' in technical terms. That's a lot bigger than the pea the clit is often likened to," she explains.

Adding: "The clitoris can grow 300 per cent when stimulated because it's actually made from the same erectile tissue as a penis."

How do you have a clitoral orgasm?

"The clitoris contains around 8,000 sensitive nerve endings, which is double that in the head of a penis, making it super-receptive to stimulation," says Vanessa. "Apply enough stimulation where it matters and odds are, you'll achieve a clitoral orgasm."

Are there different ways to stimulate the clit?

According to Vanessa, clitoral stimulation is fundamental for most women to orgasm, yet society is fixated on penetration as the most important part of sex.

"As a result, we're seeing an unfair orgasm gap, with women 30 per cent less likely than men to orgasm during heterosexual sex. We're working to close this gap one bedroom at a time through Wild Secrets Know Me campaign by educating adults about all the different ways to stimulate the clit."

So how do we figure out what we like when it comes to clit stimulation? Vanessa recommends lots of practice of tried-and-tested techniques then create your own variations.

"Remember, each clit is unique and has its own likes, dislikes and level of sensitivity, and this can vary with hormonal, situational and other factors.

To begin though, you'll need to locate the clitoris. Use your fingers to spread apart your, or your partner's, outer lips (labia majora) and inner lips (labia minora). At the top of the 'slit', there's usually a flap of skin connected to the inner lips. This is the clitoral hood. Under that is the external part of the clitoris called the 'glans'."

"To stimulate the clitoris glans, always apply lubricant regardless of the area's natural wetness. Lube creates a wonderfully smooth glide that reduces friction and discomfort while enhancing pleasurable sensations. Unsure which one to use? You can't go wrong with water-based – it's an all-rounder," says Vanessa.

She goes on to explain that one of the simplest ways to have a clitoral orgasm is to use your hands. "Massage the area over the pubic bones to the pelvis with the base of your hand. Then move towards the outer lips and progress towards the clitoris. Explore the area with your fingertips. Slide your finger up and down the clitoral shaft gently or around it in a circular motion."

Adding: "You can also stimulate the clitoris orally. Simply treat the glans like a lollipop, licking and sucking softly at first then firmly. Use a confident and repetitive tongue motion, paying attention to the receiver's body language to learn what's working (or not). Incorporate some flavoured lubricant and don't be afraid to get messy — this is meant to be!"

What sex toys can help you achieve a clitoral orgasm?

"My favourite way to clitorally climax is with sex toys — and I know I'm not alone here," says Vanessa. "Clitoral toys are our most popular category at Wild Secrets, and we proudly offer the largest range in Australia and New Zealand because we understand the diverse wants and needs of bodies with a clit."

And the good news is, there are many types of clitoral toys, from small bullet vibrators to large wand massagers you're bound to find one that suits your vibe.

Vanessa explains that "These stimulate the clit with vibrations, which can be light and buzzy, deep and rumbly, fast or slow, constant or varied. Many toys offer multiple settings so you can choose your ideal level of stimulation."

According to Vanessa, some of the latest clitoral toys that use airwave technology are game-changers! "Air-tech toys stimulate the clit by sending pressure waves to the area without direct contact, increasing blood flow and sensitivity. It feels like sucking and massaging oral sensations but more intense."

"I can't recommend air-tech toys highly enough — look in my toy cupboard and you'll find these in easiest reach for a reason," says Vanessa.

What's the difference between a clitoral and a vaginal orgasm?

"The difference between a clitoral and a vaginal orgasm is contentious!" according to Vanessa. That's because when most people think of a vaginal orgasm, they think it usually involves the g-spot. (That's the spot located about two to three inches inside the front wall of the vagina.) "By contrast, a clitoral orgasm is usually thought to results from stimulating the external glans," she explains.

A common technique for encouraging a g-spot orgasm is to insert one or two fingers inside the vagina with the palm facing upwards then make a 'come hither' motion, says Vanessa. "This causes tissue surrounding the urethra, the so-called g-spot, to swell."

However, it turns out that this tissue is more likely a part of the deeper clitoral structure behind the front vaginal wall, so a g-spot orgasm is in a sense a clitoral one too, she explains.

"I'd encourage those with a vagina and clitoris to have a go at both types of stimulation to discover any differences. G-spot vibrators take the guesswork out of the process because they are specifically designed to target the area thanks to their curved shaft and bulbous tip."

According to Vanessa, "Each person experiences a clitoral orgasm differently; however, it's often described as localised to the outer layer of skin. That said, the sensations can range from small spasms to more holistic body-gasms."

Can you have multiple clitoral orgasms in a row?

More good news, it is possible to have multiple clitoral orgasms in a row, according to Vanessa. "Because, unlike the penis, the clit has a much shorter refractory period. That's the time from your orgasm to when you're ready to be sexually aroused again."

She also recommends investing in a clitoral toy that delivers airwave stimulation as they are renowned for their ability to encourage not only multiple orgasms but intense ones, too.

Her fave: the Satisfyer Pro 2 ($80) — "[It] works a treat for this — intense air pulses are super-charged with optional vibration for the most incredible clitoral orgasms you'll ever experience."

Can you also stimulate the clit while having sex?

According to Vanessa, "one of the main reasons that men orgasm 30 per cent more than women during heterosexual sex is that the clitoris is not receiving the attention it deserves."

An easy fix? Adding sex toys to the mix, this way either partner can stimulate the clit manually during sex. Alternatively, you could try trying different positions during sex to find one that stimulates the clit while you're having sex.

If you want to go that one step further, Vanessa recommends wearable vibrators. "I recommend using wearable vibrators, which are designed to stimulate the clitoris, and in some cases the g-spot as well as the penis. Win, win, win!" Or should we say, YES, YES, YES!

"Many of the latest wearable couple's vibes are stunning examples of sex tech, with app compatibility allowing users to customise their own unique patterns. It feels like the first time, every time," says Vanessa.

How do you have a clitoral orgasm with your partner?

There are countless ways to have a clitoral orgasm with your partner, provided you communicate and are receptive to each other's cues, verbal and non-verbal explains Vanessa.

"The point is to get to know the clitoris because knowledge is power for both the body to which it belongs and their partner."

So what are the best sex positions that also stimulate the clit?

The best sex positions to stimulate the clit are the ones that provide easy access to the area, says Vanessa. She recommends trying 'The Tabletop' and 'The Face-off'.

The Tabletop: The partner with the clitoris sits or lies on the edge of a table or bed so the other can enter the while standing up and facing them. I love this position because it allows either person to stimulate the clit with their hands or a small toy and encourages eye contact which is important for building intimacy.

The Face-off: The partner with the clit faces their lover while straddling them on a chair or edge of the bed. This allows the clit owner to control the angle and depth of penetration and thrusting. They can amp up the stimulation by wearing a blindfold as restricting sight heightens other sensations, including touch.

"Yes, the clit may feel different for some people after a play session but that's only temporary and is not harmful. The key is to get to know your body – discover the clit, explore it using with your hands, your partner and toys, always enjoying the journey. Play consensually, sensibly and safely, and you can't go wrong." 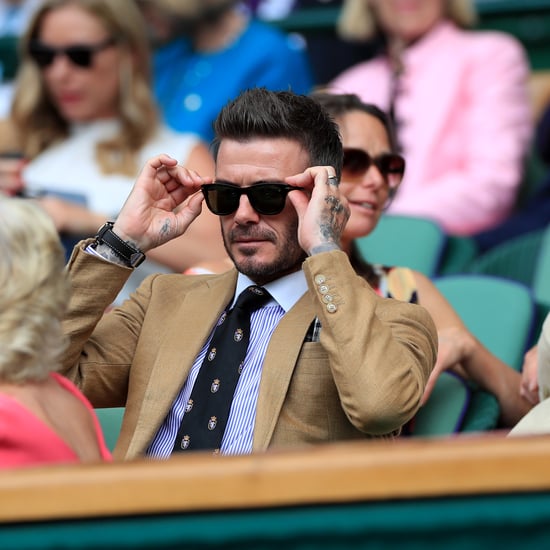 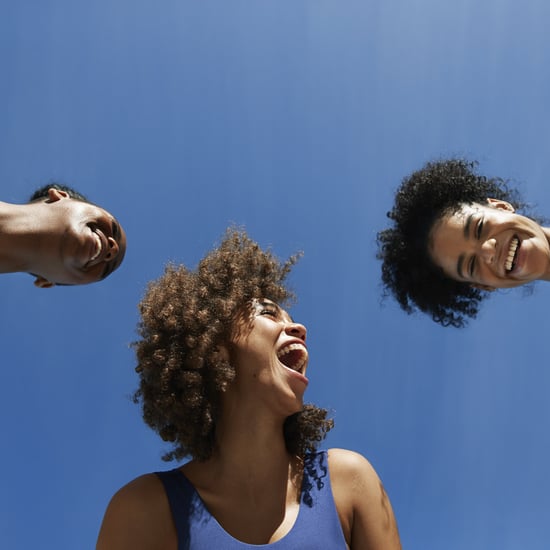 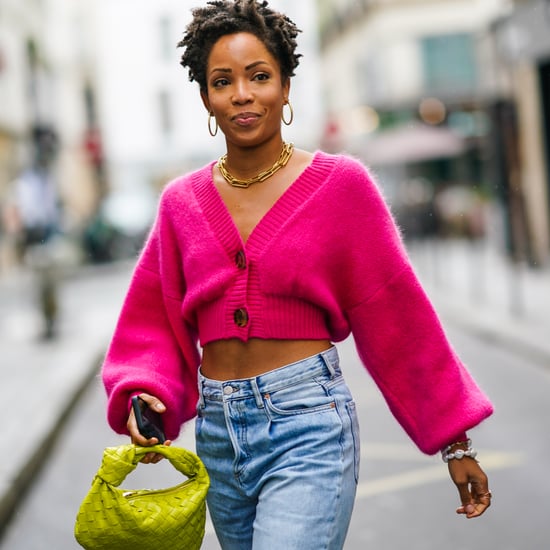 Shoppable
Confused About What Pelvic-Floor Trainers Do? We Asked 4 Experts to Explain Whether You Need One
by Angela Law 6 days ago