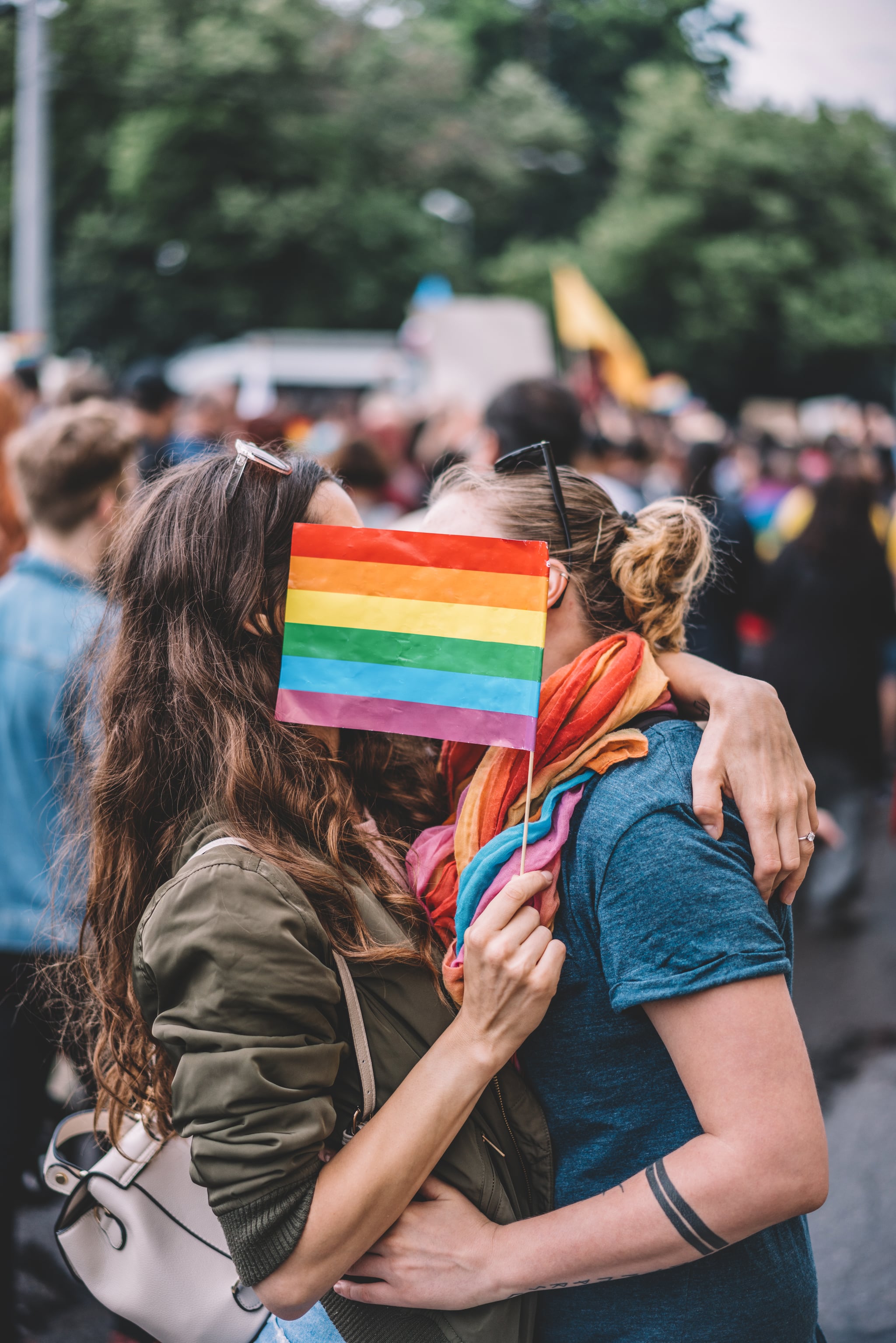 I don't remember exactly when I knew I was gay, but I do remember watching Annie Lennox perform in a suit with the Eurythmics and being transfixed. I also remember thinking my second grade PE teacher was really pretty. As I got older, and my sleepovers with friends became more and more dominated by boy talk, I started to feel left out. I knew plenty of boys, of course, but I wasn't boy crazy, especially when compared to my friends. I preferred the "No Boys Allowed" stance of our childhood parties, and when my friends and I got old enough to start dating, I was lukewarm about it at best. I blamed my lack of interest in boys on my own awkwardness and perceived flaws, rather than realising that maybe I just wasn't that interested.

The first time I kissed a girl I was in eighth grade. I had known this girl for years, and we had always been very close. We shared a love for music, and on this particular Saturday, she was showing me a new Dave Matthews Band CD she'd purchased. One minute we were looking at the CD liner notes, and the next minute she kissed me. I was blown away by the feelings I experienced, and as things were heating up, her little brother ran into the room. I was grateful and disappointed at the same time.

I felt a significant amount of shame growing up knowing that I was gay, and I did a lot of work in therapy and in my relationships to come to terms with this part of myself.

For months after that, we continued kissing. It was our little secret. But a few months later, this friend explained that she liked a boy now and didn't want to kiss anymore. I hated that I was so devastated. One Monday, I came to school and heard people whispering gay slurs and staring at me. One of our mutual friends approached me and said that this girl had told everyone about what had happened and asked if I was a lesbian. We were teased and taunted for weeks. When the rumours died down, I promised myself I would put my feelings for this girl and any others on the shelf and never let myself feel it again.

I was raised in a very religious family in a conservative town in northern California. I didn't know any gay adults, and the adults I did know were not very kind about the few gay people I had heard about. My junior year of high school, I argued in support of gay marriage in a civics class, and when I told my parents that I had won, they were horrified to hear that I had supported that idea. It was made clear, in no uncertain terms, that I was wrong, and that being gay was not a good thing. As I grew older, I dated men and had a few significant relationships, but my mind would almost always turn back to women. I would occasionally secretly date women as I tried to make sense of myself and my feelings, but when those relationships would end, I would always return to dating men, denying what I knew to be true.

Related:
This Is What It Feels Like to Have a Sister Who Is Gay

I had a long-term boyfriend when I met a woman I had a deep connection with. I knew immediately, as did she. We flirted and started talking and spending time together, complaining about our mutually unsatisfying relationships. My long-term boyfriend and I were having serious issues, and we were on the verge of breaking up when this woman and I decided to have a drink one night after work. While we were spending time together under the haze of alcohol, we finally hooked up. It was magical and unlike anything I'd ever experienced. I knew in my bones that I was gay and that I couldn't deny it anymore.

I told my boyfriend, and he was supportive and kind, even offering to be a support to me when I eventually told my family. I wasn't ready for that yet, but I did begin to seriously date the woman I'd hooked up with. I slowly began to tell my friends, and thankfully, they were all wonderfully supportive — and not very surprised at all. After months of hearing about the holidays we were taking, the time we were spending together, and hearing me talk about her, my mom asked me one day over lunch what was happening, and if I was gay. I told her yes. We both cried, and later that day, I told my dad. He also cried, and we had a difficult but meaningful conversation. After a short period of time, my parents became my biggest allies.

The first relationship I was in quickly came to an end, and I set out dating other women for awhile. It was challenging. I was 30 years old when I first came out, so I was not interested in doing the typical things where one might meet women. I didn't like the bar scene or going to clubs, and being older than many of the women I met was a challenge. But I'm happy to say that eventually, I met my the woman who is now my wife. We fell in love almost immediately, got engaged a year into dating, and married a year after that. I finally feel like I'm with the right person, and I'm so grateful for our relationship.

Coming out is almost always a challenge. Despite the gains made in the world in terms of marriage equality, it's still never easy to do something that some of society considers to be different or bad. I felt a significant amount of shame growing up knowing that I was gay, and I did a lot of work in therapy and in my relationships to come to terms with this part of myself. It profoundly changed my friendships and my relationship with my family. And yet, all of it was worth it. I now live a life that is true to myself. I no longer feel shame about the person I am, but instead, I feel grateful and joyful that this is one part of my identity. I'm a teacher, I'm out at work, and I'm proud that my students will grow up knowing a gay adult. I feel comfortable and safe in my own skin, and I'm so thankful that things turned out the way they did. Embracing my truth and being real about it led me to the most loving and profound relationships in my life — with my wife and with myself.

While there are moments I wish I had come out earlier, I'm grateful that I had the courage to do it when I did. There's no timeline or perfect way to come out. Your identity is valid, even if it takes you a while to get there.

Healthy Living
I Started Taking a Walk Every Morning, and Now I'm More Focussed and Productive
by Kate Brennan 3 weeks ago
Latest Love
×