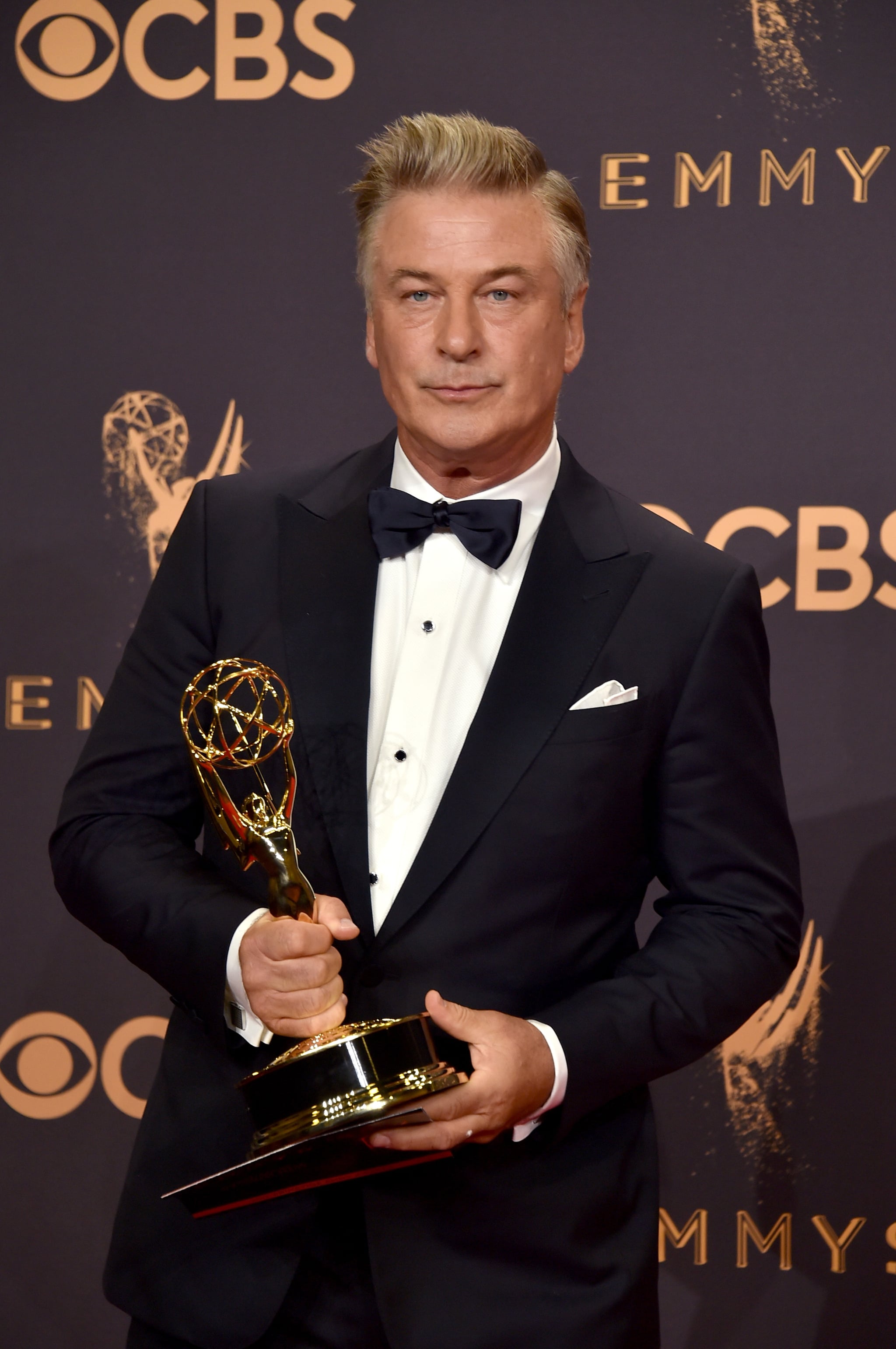 Alec Baldwin was among the winners at Monday's Emmy Awards in LA. The actor took home an award for his portrayal of Donald Trump on Saturday Night Live. In addition to his killer acceptance speech, Baldwin spoke backstage about what it's been like to play the president — specifically, whether he feels like he's making an impact.

"I wouldn't go so far as to talk about importance in our society, but I think that people are overwhelmed," Baldwin told reporters in the press room. "I think we're in a situation where a critical mass of people still don't accept where we are. They find it unthinkable to them. Every day, that feeling is reinforced by the thoughts and words and deeds of this person, and I find myself a conduit to that. [People] are very frustrated, they're suffering a great deal . . . they walk up to me and slap me on the back and say, 'Thank you, thank you, thank you for helping us to, in some small way, manage that pain.'"

At one point, a journalist asked how many more searing SNL episodes it's going to take before Donald Trump gets impeached. "The answer is between three and 103," Baldwin said. Sounds like he thinks we should all saddle in.

TV
Supernatural (Kind of) Made Destiel Canon, and Then Everything Went Terribly Left
by Mekishana Pierre 1 day ago
Latest News
×