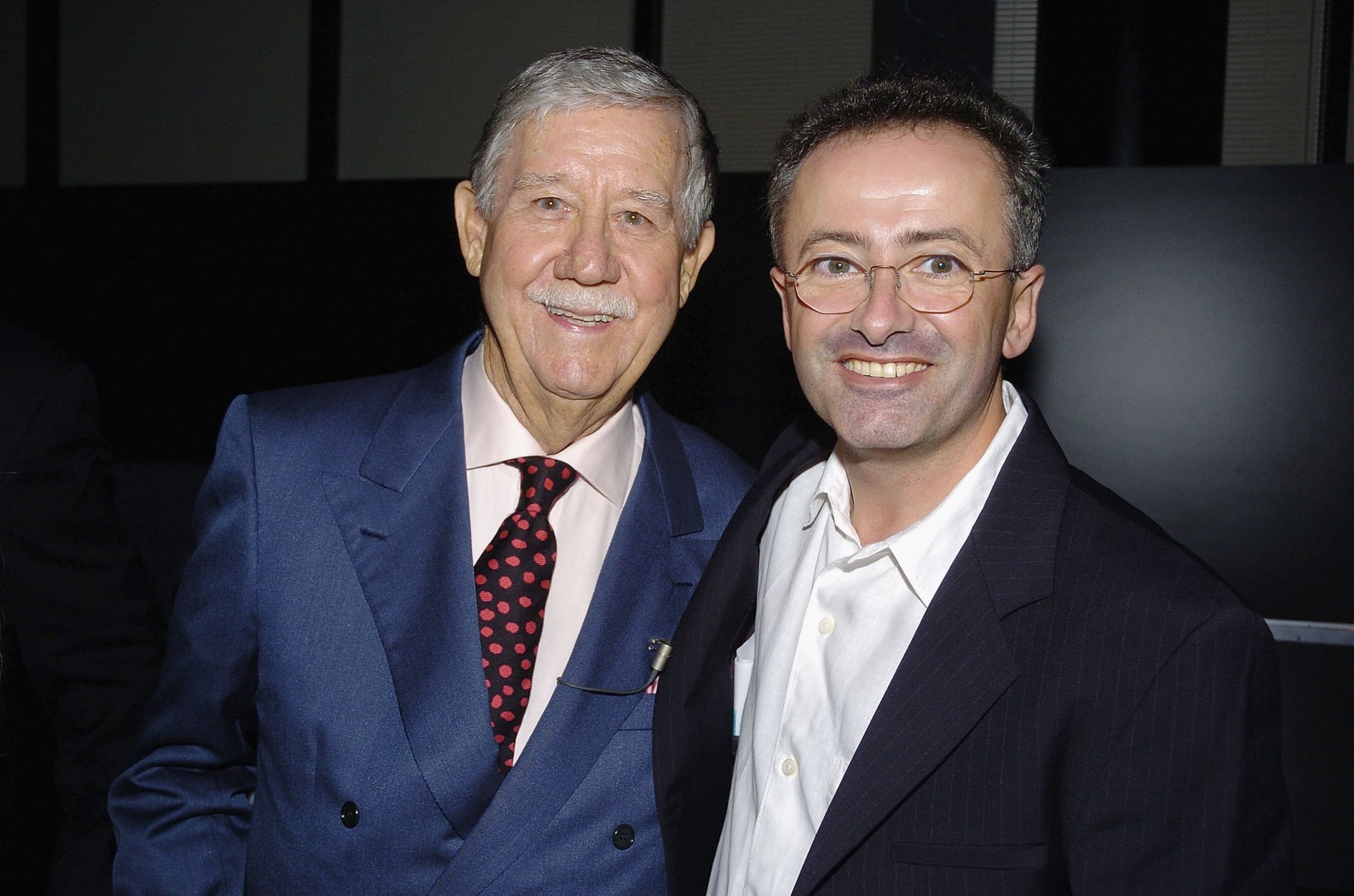 After a night celebrating Australian TV with the TV Week Logie Awards, a legend in Australian TV has died. Reg Grundy (pictured above with Andrew Denton in 2006) was one of the countries most successful television producers and the man behind hit series Neighbours, Sons and Daughters and Wheel of Fortune — a game show it is said he thought up while working in radio and took to Channel Nine.

Long-time-friend of Reg and his family, Alan Jones announced the news on 2GB radio on Monday morning. "Reg Grundy has passed away in the arms of his beloved wife Joy on their Bermuda estate," he said.