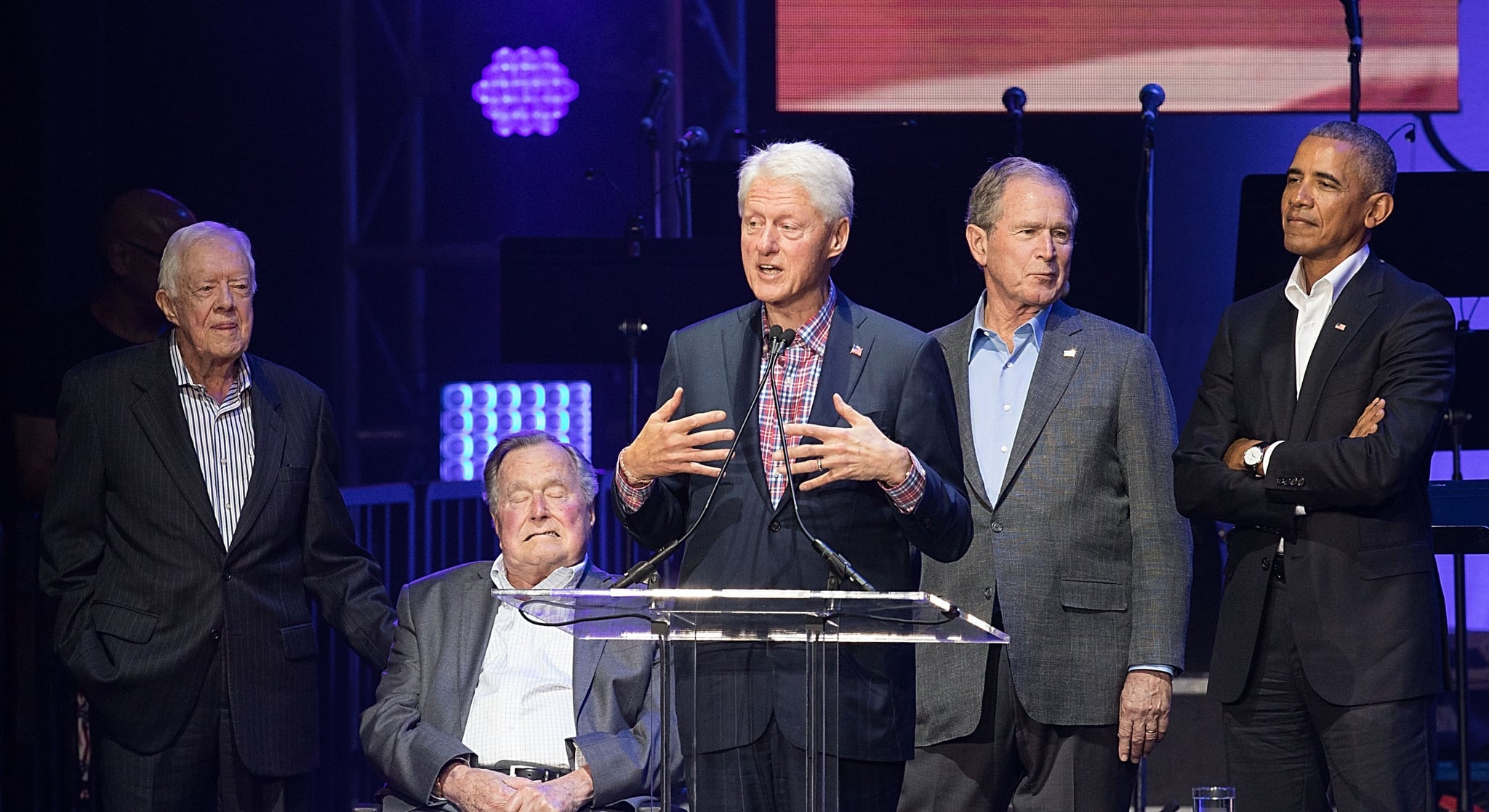 Former President Barack Obama is known for his composed and even-keeled disposition. At a recent hurricane relief event hosted by One America Appeal, however, Obama absolutely lost it. It all went down when George W. Bush leaned in to whisper something in his ear.

The viral moment — shown in the video below at the 3:30 mark — didn't come at a great time either. At that exact moment, Bill Clinton was speaking about the immense damage caused by Hurricanes Harvey, Irma, and Maria. What is it that Bush could have possibly said to make Obama break his usual professional facade?

Though we're unable to read Bush's lips since he's obscured by Clinton, we have a few ideas. "Calamitous? Now that's a big word," the 43rd president might have said. Perhaps he assured Obama that his speech would kill it following Clinton's. Maybe it was an inside joke. In our wildest dreams, it was a dig at the current president missing from the event. We may never know, but at least we'll always have this clip.

Celebrity Instagrams
Michelle Obama Is Excited For Barack's New Memoir: "I Can't Wait For You All to Read It"
by Grayson Gilcrease 3 weeks ago