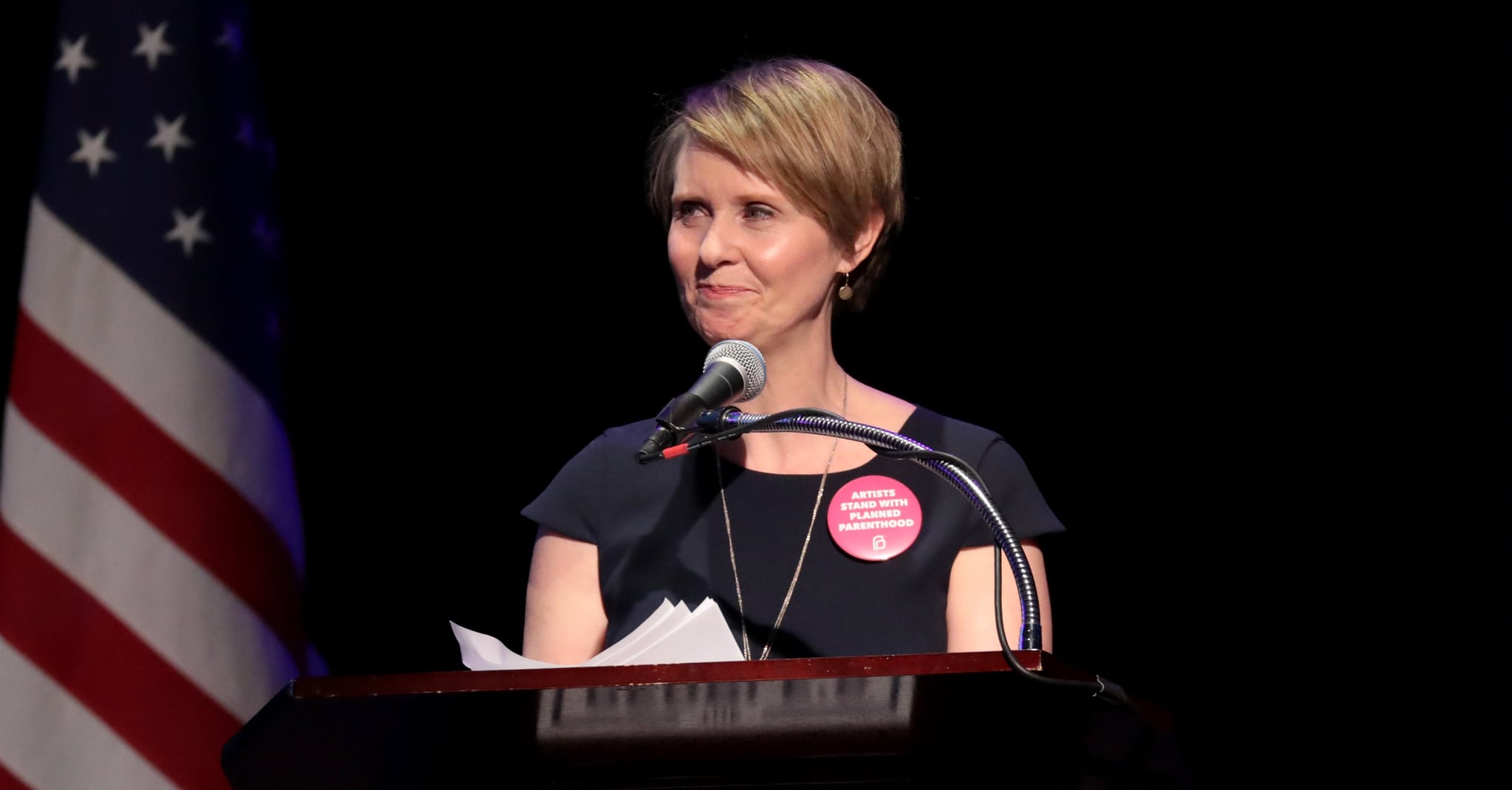 It's official: Cynthia Nixon is running for Governor of New York. Of course, we know the actress her best for her role as Miranda in Sex and the City, but Cynthia is a born and bred New Yorker, and while this would be her first official political post, she's been campaigning for LGBTQ+ rights for years. And goodness knows, she won't be the first famous TV face to make the move to politics!

She's certainly ready for a fight. "We are sick of politicians who care more about headlines and power than they do about us," she says in her video advert. "It can't just be business as usual anymore." Here's her announcement video in full:

I love New York, and today I'm announcing my candidacy for governor. Join us: https://t.co/9DwsxWW8xX pic.twitter.com/kYTvx6GZiD

And here are some of the best Twitter reactions to her announcement:

Kim Cattrall: ...and THERE'S the final nail in the coffin of Sex and the City 3!
Cynthia Nixon: Hold my beer.

Oprah: I don't acknowledge negative energy. We hold the power to our happiness.

Liberals: Oprah for President!#CynthiaNixon: We have to tackle inequality at its root. Let's start by abolishing mass incarceration and corporate handouts .

Listen to this compilation of excerpts of @CynthiaNixon's speech at @HRC's NY Gala and try to tell me she can't play this game. I am 100% on board with her campaign. pic.twitter.com/9UErVvUAaS

And I couldn't help but wonder...Miranda was running for Governor but am I running from Big? #Cynthianixon pic.twitter.com/OQUVNjvZbU

I had to catch myself, because when I saw that #CynthiaNixon was running for governor of New York, I was like, "Well, of course she is! She's a lauded civil rights attorney who's at the top of her field!" #NotMirandaIRL

If you hypocrites voted for Trump, Ronald Reagan who were also celebrities, don't you dare question #CynthiaNixon for running for governor.

Not sure what Cynthia Nixon's platform will be when running for NY Governor, but I hope it includes a sincere apology for the Sex and the City movies.

Cynthia Nixon running for governor is the best 'Sex and the City 3' storyline yet.

Miranda is running for governor of NY - this is going to be a wild ride! 💪💋💫 #cynthianixon #satc pic.twitter.com/zv4QOe2WF4

I was scared to see #CynthiaNixon trending in case she had died but I was pleasantly surprised to see that she's running for governor instead! pic.twitter.com/0Nn9gFTyJ3