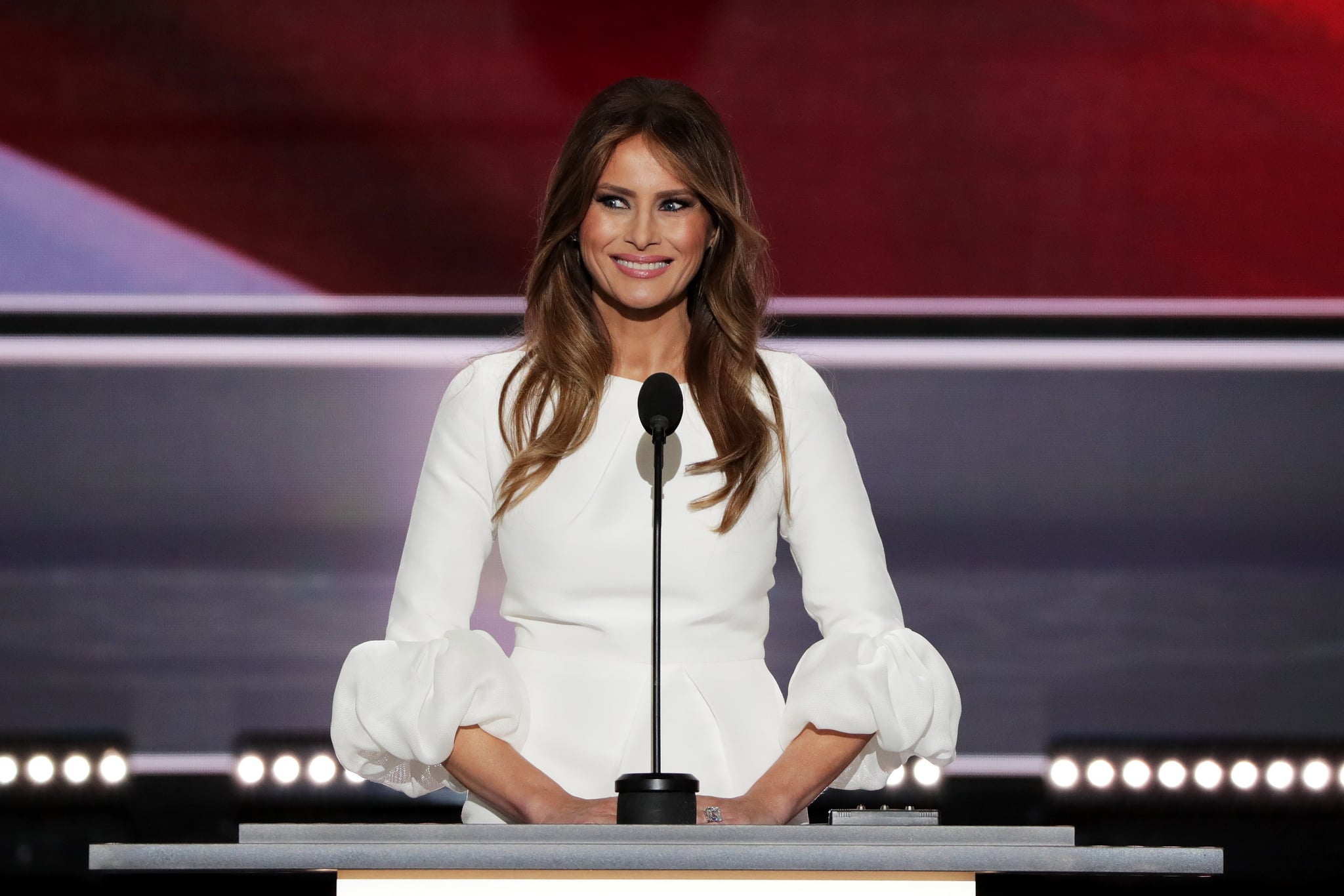 After an eventful first day at the Republican National Convention in Cleveland, OH, things ended on a controversial note. Soon after Melania Trump spoke on Monday night, she was called out for copying First Lady Michelle Obama's speech from the 2008 Democratic National Convention. Journalist Jarrett Hill tweeted an excerpt of the copied section, and side-by-side comparisons of the two speeches reveal several similar phrases. Watch the mashup video below to see the relevant section of Michelle Obama's speech alongside Melania's.

After the controversy took over social media, Trump's campaign released this statement:

2020 Election
Twitter Added New Retweet Rules Ahead of the Election, Including a Quote Tweet Function
by Chanel Vargas 21 hours ago